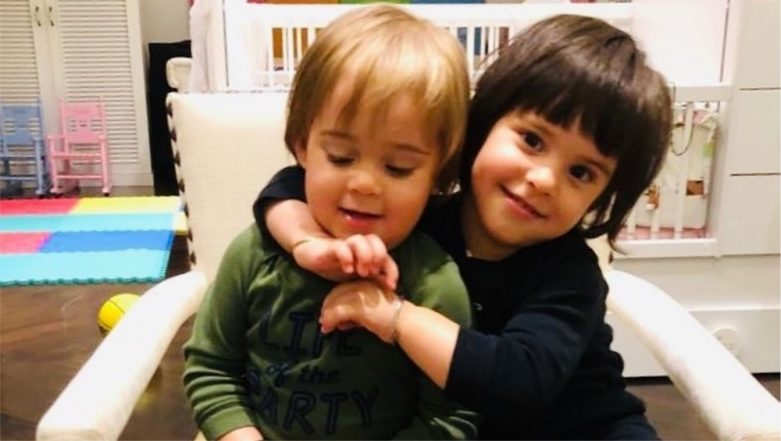 Karan Johar is all set to turn into a host, this time not for any show. He will be instead hosting a party for his twin kids Yash and Roohi. His adorable son and daughter will turn 2 on February 7 and the Bollywood director is leaving no stones unturned to make it super-special. Their last birthday was rather an intimate one with his favourites like Alia Bhatt, Varun Dhawan and Kareena Kapoor Khan in the guest list. However, this year, it is going to be a grand affair. Crack In Shah Rukh Khan-Karan Johar Relationship? The Former Not Keen On Gracing Koffee With Karan 6?.

As per the reports in DNA, KJO has booked a plush hotel in Mumbai for a fancy birthday celebration. He is also planning to invite all B-town celebs like Neha Dhupia, Kareena, Alia Bhatt, Shahid Kapoor, Shweta Bachchan, Rani Mukerji, Tusshar Kapoor, Aayush Sharma, Soha Ali Khan along with their spouse and children. The doting dad is making sure that he is introducing his kids to the glamorous star kids and allowing them to be friends with these adorable munchkins already.

Speaking of how he take cares of his kids as a father, the producer told HT once, "I introduce every visitor to Roohi and Yash by name. ‘This is your Chacha and this is your Bua!’ I give them all a family tag. I want my babies to know that their family is large. It’s not just Mom and me, though my mother is my biggest support. She’s had multiple surgeries for the spine, for her hips, knees, she’s been in and out of hospital constantly. But you should see her now. Full of zing!" Well, we're sure that it is going to be an album full of laughter and cuteness and hence we cannot wait to see their pics already!