Earlier there were many tentative titles floating around including Love Aaj Kal 2 and Aaj Kal. Now, if we look closely, this picture is more than just Kartik's french beard look. 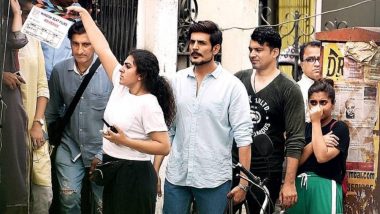 Kartik Aaryan has been roped in for the Imtiaz Ali film next and his fans would want nothing more as of now! After a lot of mushy talks between him and his co-star from this film, Sara Ali Khan, the project has finally gone on the floors. The BTS pics have been doing the rounds since then but the latest one is a bit more special. No there is no 'cute moment' between Sara and Kartik but the title of the film got revealed in this viral picture, if we may so so! The clapboard says 'Reverse'. Kartik Aaryan and Sara Ali Khan Go Unrecognised as They Wander Celebrating Eid Together! View Pic.

Earlier there were many tentative titles floating around including Love Aaj Kal 2 and Aaj Kal. Now, if we look closely, this picture is more than just Kartik's fake french beard look. The name written on the clapboard is 'Reverse' which makes us wonder whether that is the actual title of the film. Now, we don't know whether it is just some tentative title or some word related to their scene, yet! Check out the picture below and try figure out the truth!

Check out the picture below 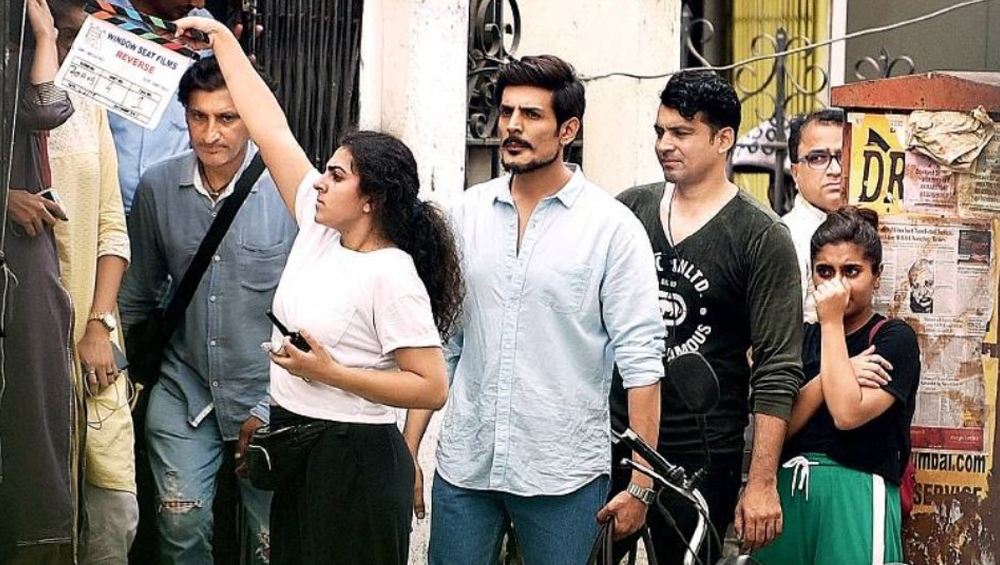 On the other hand, the shoot is happening in full swing. On the occasion of Eid, the on-screen lovers, Sara and Kartik were seen wandering on the brightly lit streets. However, they hid behind the scarves so that they could go unrecognised and roam around freely. Looking at the over all prep, we are totally excited about the project. Imtiaz's last film, Jab Harry Met Sejal was not appreciated by the fans much. However, all his films before that including Tamasha, Jab We Met, Rockstar, Highway to name a few, created the mark. So, the fans are hoping to see the same magic with this film too.

(The above story first appeared on LatestLY on Jun 07, 2019 01:59 PM IST. For more news and updates on politics, world, sports, entertainment and lifestyle, log on to our website latestly.com).