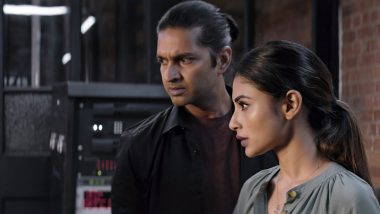 Actors Purab Kohli and Mouni Roy are excited about their upcoming film, London Confidential, a situational spy thriller currently being shot in London. "London Confidential" is set amid a series of brutal killings of Indian agents in London, and shows how Uma, a RAW officer, must expose a mole within the ranks. Kulraj Randhawa, Sagar Arya, Parvesh Rana, Jas Binag, Diljohn Singh and Kiren Jogi feature in supporting roles. The film is produced by Ajay G. Rai and Mohit Chhabra, and directed by Kanwal Sethi. Vaani Kapoor Can’t Stop Praising Co-Star Ayushmann Khurrana, Actress’ Love Interest in Abhishek Kapoor’s Next

Said Mouni: "It is a spy-thriller franchise with a stirring plot and lively characters (that are) passionate about what they do. Purab is a thorough gentleman and an absolute rockstar." The admiration seems mutual, going by what Purab has to say about Mouni. "Mouni is amazing. I've always thought so from when we worked together way back in 2014. I love the fire that shines from this Bengal beauty. I feel all her millions of fans are in for a treat when they see her in this one," he said. Laxmmi Bomb: The Trailer of Akshay Kumar’s Next Horror Comedy to Drop on this Date?

About his role, Purab added: "I'm excited about my role as Arjun, a RAW agent, and I look forward to what people feel about seeing me in this new avatar." "This is the first OTT feature film to be shot in London post the lockdown. On one hand, it was very challenging and a great learning (experience) to shoot in these difficult times and at the same time, it was also a joy to work with a wonderful team," said director Kanwal Sethi, adding that they have tried "to show London in a new face, like never before". The film is slated to release on the OTT platform Zee5.

(The above story first appeared on LatestLY on Aug 13, 2020 07:15 PM IST. For more news and updates on politics, world, sports, entertainment and lifestyle, log on to our website latestly.com).