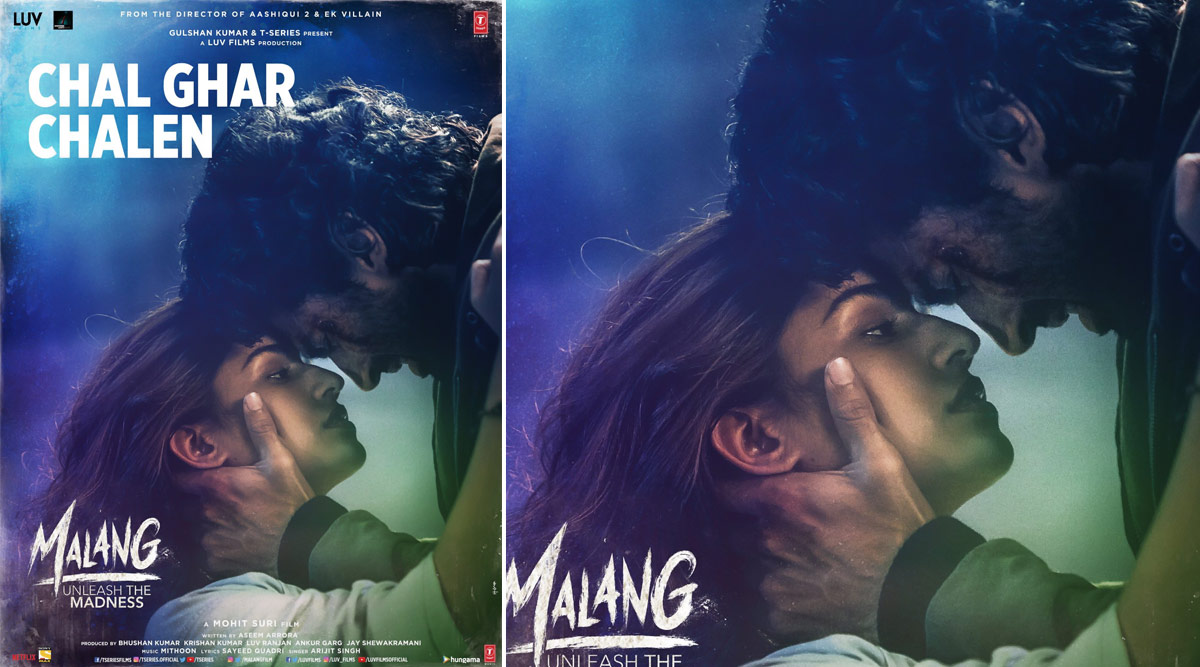 When the poster and trailer of Malang featuring Aditya Roy Kapur and Disha Patani were released, one could not stop going gaga about the duo’s sizzling hot chemistry. The makers have released a new poster and a teaser of the upcoming romantic number, "Chal Ghar Chalen" that will feature this refreshing onscreen pair. Disha and Aditya’s chemistry is palpable in this soul stirring track. The trailer of Malang did highlight the romantic sequences between Aditya and Disha, and this song seems to highlight a little more about their dark, love story. Malang Trailer: Aditya Roy Kapur and Disha Patani’s Insanely Hot Chemistry In This Intense, Dark Tale Look Intriguing (Watch Video).

While sharing the poster of the song "Chal Ghar Chalen" the makers captioned it as, “T.O.G.E.T.H.E.R. is all they ever wanted.” This track is sung by one of the leading artists of music industry, one who is known to rule when it comes to romantic tracks – Arijit Singh. Amaal Mallik who have heard this song already took to Twitter and wrote, “I’ve heard this one and it’s bloody beautiful”. He also wrote, “#ChalGharChalen from the team of #TumHiHo.” The song "Tum Hi Ho" was from the film Aashiqui 2 and it was a hit track. Anil Kapoor Has A Hilarious Take on Disha Patani and Aditya Roy Kapur's Kiss in Malang Trailer.

Watch The Teaser Of The Song Chal Ghar Chalen From Malang:

The song "Chal Ghar Chalen" will be dropped online tomorrow and we just cannot wait to watch it. Directed by Mohit Suri, the film is produced under the banner of Luv Films and T-Series, and is all set to be released on February 7.