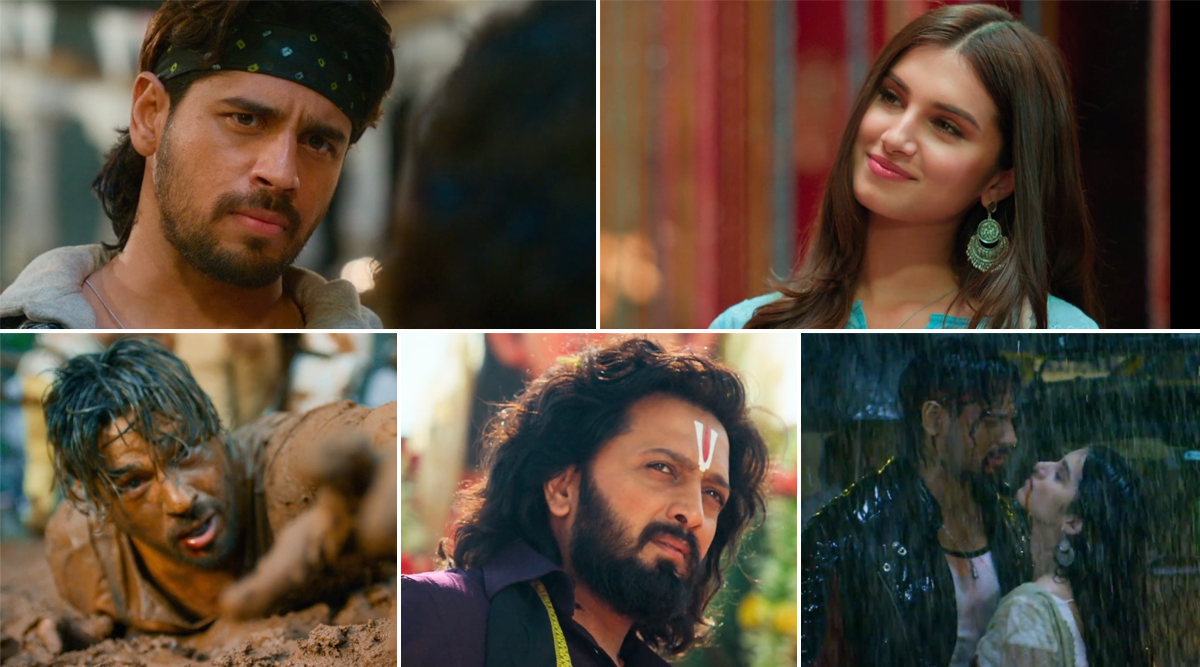 After teasing fans with the first trailer of the film, the makers of Marjaavan recently dropped trailer two of the flick and it's almost the same like the first one. While trailer one gave us a glimpse into the life of Sidharth Malhotra, Tara Sutaria and Rakul Preet Singh. The second one gives more screen space to Rakul, that's it! Going by the trailer, the film looks nothing wow but is a typical Bollywood entertainer which tells a tale of a gangster (Sidharth) who falls for a pretty babe (Tara) but the twist is another woman (Rakul) is also love with the lead actor. Marjaavaan First Look: Sidharth Malhotra Will Fight a Three Feet Tall Riteish Deshmukh in Milap Zaveri's Next.

Action, drama and violence, Marjaavaan serves you the same old Bollywood kahani. This trailer also sees the villain, Riteish Deshmukh cracking jokes as well as acing the act of being a negative character. The disappointing part about the trailer is that we could not see any purpose for the makers to release it. We wonder what was on their mind when they unveiled this one? Sidharth Malhotra and Rakul Preet to Reunite After Aiyaary For Milap Zaveri's Marjaavaan.

Here, Check Out Marjaavan's Trailer Below: