#MeToo: Anu Malik Finally Speaks Up on the Molestation Charges on Him, to Seek Legal Action Against the Accusers (View Post)

Indian Idol 11 judge, Anu Malik breaks his silence on the molestation charges levelled up against him, says will go the legal way of things hamper his life. Check out the full story here! 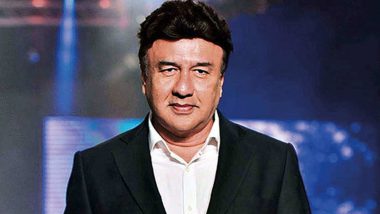 The year 2018 saw a positive wave in the name of #MeToo movement in India where many women came forward and shared their sexual assault stories with the world. This particular movement was an eye-opener to many as it unmasked prominent names in Bollywood who sexually abused women. The torch bearer of the same was Tanushree Dutta who accused Nana Patekar of sexually harassing her. Then started the storm and it was last year when singers Shweta Pandit and Sona Mohapatra had accused the Indian Idol 11 judge, Anu Malik of sexual harassment. Well, that did not stop there, as later two other budding singers also levelled similar allegations against Malik. However, Malik had earlier called these allegations, 'baseless and false.' Anu Malik Asked to Step Down As Indian Idol 10 Judge; Former Assistant Producer Says Channel Already Knew About His Abuse of Power but Did Nothing.

Also, it was very recently, when singer Neha Bhasin and Soha Mohapatra also called out the makers of Indian Idol 11 for having a #MeTooa accused as the judge of the singing reality show. Amidst all this, Malik in his latest Instagram post has broken his silence and have tagged the allegations as 'unverified'. The singer's statement says that he will no more keep mum and also go the legal way if things turn ugly further. 'Being a father of two daughters, I can't imagine committing the acts that I am accused of, let alone do it," a part of his statement reads. #MeToo Allegations Against Anu Malik Refuse to Stop; 2 More Women Share SHOCKING Details of The Singer's Sexual Misconduct.
Check Out Malik's Post Below:
View this post on Instagram

Apart from Anu Malik, the #MeToo movement brought to light many more culprits in the name of Alok Nath, Vikas Bahl, Kailash Kher, Sajid Khan and even Subhash Ghai. But nothing concrete happened to anyone of them and the movement in itself slowly and steadily got faded. Stay tuned to LatestLY for more updates on this one!

(The above story first appeared on LatestLY on Nov 14, 2019 08:11 PM IST. For more news and updates on politics, world, sports, entertainment and lifestyle, log on to our website latestly.com).