It is quite disappointing to see an unusual horror film like Pari, starring Anushka Sharma, doing just about okay business at the box office. 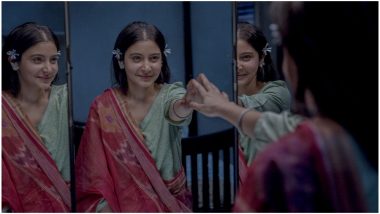 It is quite disappointing to see an unusual horror film like Pari, starring Anushka Sharma, doing just about okay business at the box office. When it comes to horror as a genre in Bollywood, we as viewers have often complained about how we rarely experiment with the genre. Now when a movie comes out that redefines the genre, that too in a good way, it doesn't get the reception at the box office it deserves. Pari is the work of the debutante director Prosit Roy and and co-produced by Anushka Sharma, who gives one of her finest performances here.

But the audience seem to be to have second thoughts about watching a movie that has some darkly disturbing imagery in a theatre. Trade analyst Taran Adarsh has revealed the latest box office collections of Pari after its first weekend, and it looks like the movie has an ordinary weekend so far. Pari has collected Rs 5.51 crore on Sunday, thus bringing its total collections to Rs 15.34 crore.

On the other hand, even in its second weekend, Sonu Ke Titu Ki Sweety had a much better weekend with higher collections. In Sunday itself, the movie had collected Rs 7.02 crore, which as you can see, is better than that of Pari's Sunday business.

#SonuKeTituKiSweety biz at a glance...

Pari has been made on a budget of Rs 30 crore and therefore needs to make more than Rs 40 crore at the box office to be called profitable. And going by the pace in  which the movie is making money, it looks a long and arduous way ahead.

Here's what our review of Pari, also starring Parambrata and Rajat Kapoor, has to say about it - "Pari is the makeover that Bollywood horror desperately needed as a genre. It is genuinely creepy and boasts of some really stomach-churning scenery that we have rarely seen in mainstream cinema. Make sure you don't miss this one, if you are a horror fan and are not weak by heart. Also watch it for Anushka Sharma, who delivers one of the best performances in her career."

So have you seen Pari? Share your thoughts below...

(The above story first appeared on LatestLY on Mar 05, 2018 03:34 PM IST. For more news and updates on politics, world, sports, entertainment and lifestyle, log on to our website latestly.com).