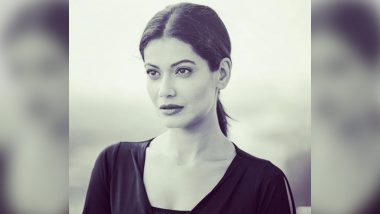 Payal Rohatgi is damn pissed. Her Twitter account has been suspended and she is going crazy posting videos on Instagram to drive home a point that this suspension was uncalled for. Initially, she said that Twitter India has not given her any reason behind the move. She seems quite rattled by it and has posted two videos to tell her fans what she is feeling. The latest one has her suspecting Salman Khan and his 'people' behind it. She even says she doesn't know the actor could be so vindictive and can become the good human that he says he is.  There is Some Problem with Right of Freedom of Speech and Expression in Rajasthan: Payal Rohatgi

Payal even reveals that she has received a mail from Twitter saying there's no reason behind the suspension. She does say that she will share the screenshot with her fans. If that wasn't enough, she requests PM Modi to have an India equivalent for Twitter where she can put her opinions.

Payal is not new to controversies. She uses her social media accounts to voice whatever she thinks she should. That has landed her in trouble as well but she is relentless.

(The above story first appeared on LatestLY on Jul 08, 2020 02:47 PM IST. For more news and updates on politics, world, sports, entertainment and lifestyle, log on to our website latestly.com).