Manoj Bajpayee's war cry 'Karaara Jawab Milega' in Raajneeti became a rage and instantly found a place in everyone's vocabulary including that of reality show judges. So Prakash Jha did the next best thing. He not only copyrighted the word 'Karaara' but it's variations as well. 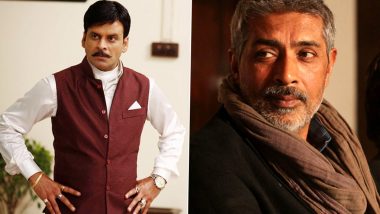 Prakash Jha has always been associated with cinema that had some connection with the society. Be it his documentaries or movies or web-series now, you will often find it relatable and inspired from reality. He used cinema as a means to talk about a cause and champion for it too. So if Mrityudand talked about a woman's determination get her kind out of oppression, Aarakshan exposed the underbelly of coaching scam in India. Of course, the filmmaker is proud of all his movies and now we also know he is possessive about a few dialogues that he has written. Prakash Jha Birthday Special: Did You Know The Filmmaker's Banned Movie Earned Him His First National Award?.

Back in 2010, when Raajneeti was becoming extremely popular with the way it presented Mahabharat in a different light. Manoj Bajpayee's war cry 'Karaara Jawab Milega' (We will get a strong answer) became a rage and instantly found a place in our vocabulary. Soon it started finding its way on reality shows with celebrities using it and that left Jha appalled. So he did the next best thing. He not only copyrighted the word 'Karaara' but it's variations as well.

Prakash Jha told Bollywood Hungama back in 2010, "I was quite taken back when after a contestant's performance a celebrity judge turned around to call it a 'karaara performance'. It was only then that I realized I had given a potential title for the title-starved industry. Though I don't intend to name any of my new film Karaara, I've registered it for future reference in various combinations and permutations including of course Manoj Bajpayee's rabble-rousing "Karaara Jawaab Milega'."

So rest assured, if you ever hear anyone including Manoj Bajpayee say it, it is probably pre-approved by Jha himself.

(The above story first appeared on LatestLY on Feb 27, 2022 08:10 AM IST. For more news and updates on politics, world, sports, entertainment and lifestyle, log on to our website latestly.com).