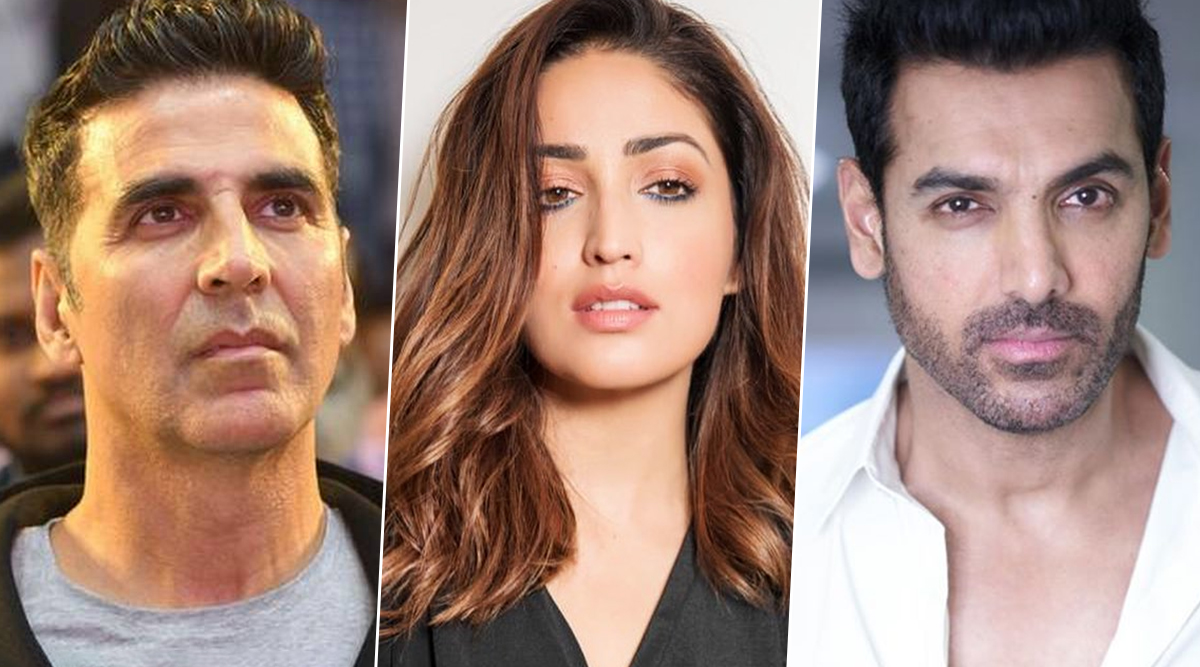 February 14, 2020 marks a year since the horrific Pulwama terror attack that took place in Jammu and Kashmir last year. As many as 40 CRPF Jawans lost their lives after a Jaish-e-Mohammed (JeM) suicide bomber attacked their convoy in Jammu and Kashmir's Pulwama. In honour of remembering and saluting the Jawans who lost their lives in this attack, several Union Ministers as well as the Prime Minister of India, Narendra Modi took to social media to share a post. Bollywood celebrities have also taken to social media to share posts in remembrance of the CRPF Jawans who lost their lives. Pulwama Terror Attack: Home Minister Amit Shah and Defence Minister Rajnath Singh Pay Homage to CRPF Jawans Who Were Martyred in February 14, 2019, JeM Strike.

Celebs such as John Abraham, Yami Gautam, Richa Chadha and more took to social media to share a post remembering those who lost their lives in the terror attack. After the news of the terror attack had hit the news last year, Priyanka Chopra, Ajay Devgn, Shahid Kapoor, Shah Rukh Khan, Varun Dhawan, Aamir Khan, Alia Bhatt, Shankar Mahadevan, Rishi Kapoor to name a few posted tweets, condemning the attack. Kangana Ranaut went ahead and cancelled the success party of her film Manikarnika: The Queen of Jhansi. Here are tweets of actors who shared posts remembering the attacks this year. Shahid Kapoor, Priyanka Chopra, Ajay Devgn and Varun Dhawan Condemn The Jammu And Kashmir Terrorist Attack That Killed CRPF Jawans.

On the day of love, remembering those who showed a greater love for their country...our #BharatKeVeer. Your sacrifice will always be remembered. My salute to the martyrs of #PulwamaAttack 🙏🏻 We did not forget, we did not forgive. pic.twitter.com/yugSePewV5

14th Feb will always be a sobering reminder of the day an intelligence failure cost us the lives of 44 CRPF jawans. Hope investigative journalists are able to find the connect between asli gaddar and Hizbul aide #DevenderSingh and the cowardly #PulwamaAttack. #NeverForget 💔

February14 th, 2019 shall always remain an unforgettable date . Tribute to our brave CRPF jawans 🙏🏻 Our tears should only make our voice , intention & actions stronger against terrorism. #PulwamaAttack pic.twitter.com/Crk1QQxwsl

Humble tribute to 40 CRPF martyrs who laid their lives for our country a year ago. You live in our hearts 🙏🏼#PulwamaAttack #Pulwamamartyrs pic.twitter.com/0SSe39LEDq

In memory of Pulwama attack martyrs, a memorial will be inaugurated at the Lethpora camp today. Speaking about it, Additional Director General (ADG) of CRPF Zulfiquar Hasan said, “It is a way to pay homage to the brave jawans who lost their lives in the attack."