Ram Gopal Varma has been making films in Hindi and Telugu for years. The filmmaker may be now a pale shadow of what he was in the '90s and '2000s, thanks to his obsession with the female anatomy, excessive violence and weird camera angles. 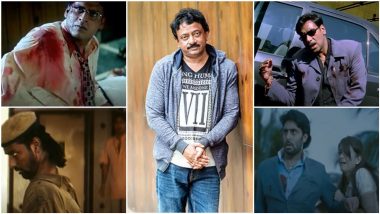 Okay, I realise you have a lot of questions about that headline. How can someone associate a birthday with death, two complete opposite idea, you may ask. You may also accuse me of being insensitive, However knowing the morbid fascination that Ram Gopal Varma has for dark and brooding themes like death, pretty sure that the maverick and eccentric filmmaker would have a good laugh over this one. For Death seems to be a uninvited guest in the stories he tells, that appears out of nowhere, but leaves you in total shock whenever it arrives. Ram Gopal Varma Birthday Special: 10 Brilliant Films The Unorthodox Director Has Given To Bollywood Cinema.

Ram Gopal Varma has been making films in Hindi and Telugu for years. The filmmaker may be now a pale shadow of what he was in the '90s and '2000s, thanks to his obsession with the female anatomy, excessive violence and weird camera angles. But there was a time he was a super force to reckon with, with superstars wanting to work with this man who had critics fawning over him. From Shiva to Company, Kaun to Sarkar, Rangeela to Bhoot, his films were either classic or mini-classics, till that downslide began.

One thing that created a morbid kind of fascination within me is to see how he crafts his death sequence - sometimes the best part of his movies - often with unexpected twists and occasionally, with a sprinkling of black comedy. So on the occasion of his birthday, we look at 11 memorable death sequences in his Hindi movies that could even given George RR Martin some blush.

A Scene From Shiva

RGV's big breakthrough came with this Akkineni Nagarjuna gritty film that took on student politics. One of the more memorable sequences is the scene where the hero's friends get ambushed in the middle of nowhere, and Prakash, played by Raj Zutshi, gets chased by a set of goons and then gets killed. The whole scene reeks with tension, the camera shifts from wide pan to trolley to the POV of the runner, with the BG score adding to the terseness. 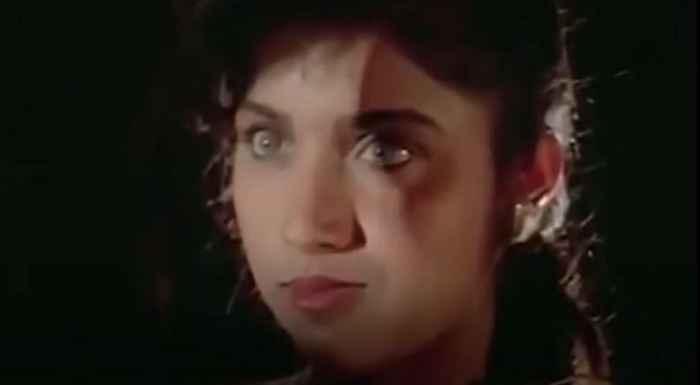 A Scene From Raat

RGV also has the credit of making one of the best horror films in Hindi cinema, that was overlooked during its release but became a cult hit later on. Slow, brooding but pretty much scary, most of the film's haunting aspect depends on Revathy's brilliant performance. The scariest death sequence in the film is when her possessed character kills her best friend on the latter's wedding night by snapping her neck. Instant but brutal!

A Scene From Satya

Bhiku Mhatre is one of Manoj Bajpayee's finest performances, and also is the best part about this riveting gangster drama. We already know that Bhiku has signed his death warrant when he sides with Satya (JD Chakravarthy) superseding Bhau Thakur's (Govind Namdeo) wishes. But it is the manner in which he gets killed that shocks us. The camera follows a cheery Bhiku as he waltzes up the steps to Bhau's abode and joins them in the merriment of Bhau's political victory, only for a bullet from Bhau's gun finishing him off instantly. The shocked expression on Kallu Mama's (Saurabh Shukla) face was also ours, after watching this scene.

You can watch the scene below... 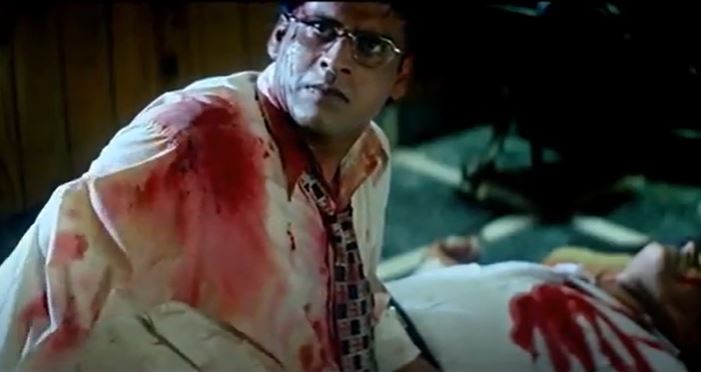 A Scene From Kaun

Kaun is an experimental thriller by the filmmaker using only a desolate mansion and three principal characters as the setting. The finale reveals a killer twist, as the two unexpected intruders in the house realise that the so-called 'owner' of the house, played by Urmila Matondkar, is in fact the serial killer who escaped from the asylum. But by then, it's too late for both of them!

The Killing of a Hostage 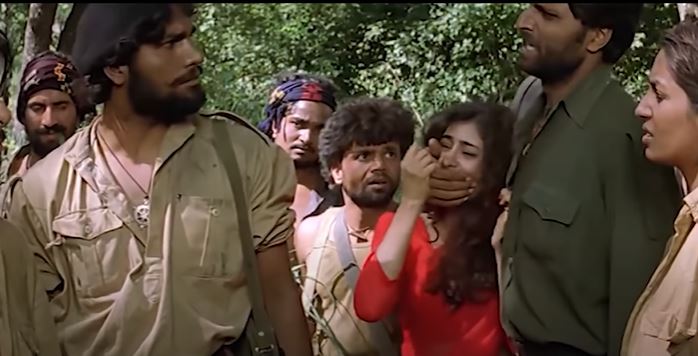 A Scene From Jungle

Jungle remains one of RGV's best underrated films, that brought renewed interest from people in Fardeen Khan's career. There are some brutal sequences in the film, including the death sequences of Suniel Shetty, Rajpal Yadav and Sushant Singh's characters. But the scene that stays with you the most is the one where the bandits behead a woman from a tourist group that they have taken as hostages, to give a message to the administration. While RGV thankfully refrains from showing the fatal attack in itself, it is the preceding banter between the killers, as to how best to behead the woman, while she scream helplessly that makes the scene so nauseous.

A Scene From Company

There were some interesting death sequences in the film, any of which I could have taken it here. Be it Chandu (Vivek Oberoi) killing Vilas Pandit (Akash Khurana) over miscommunication or Chandu's wife Kannu (Antara Mali) getting shot dead when she tried to kill Malik (Ajay Devgn), but hurts his mistress. However, it is the murder of Malik that leaves you stunned the most. This happens just after Chandu and Malik decide to bury the hatchet, but no one gave this info to Chandu's friend Koda (Vijay Raaz), who shoots down Malik in broad daylight to avenge Kannu's killing. With one gangster dead and another in prison, the film does stick to its 'Crime Doesn't Pay' message strongly.

A Scene From Bhoot

Bhoot is RGV's more Box-Office successful attempt in horror after Raat, though after a few good jump-scares, the movie enters familiar territory. However, it is hard to forget the first main death sequence where Ajay Devgn's character, after seeing his possessed wife return to the flat in the middle of the night, goes to check what she has done. What awaits him is the disturbing scene of finding the building's  the leery security guard as seen in the above picture!

A Scene From Sarkar

Taking a cue from the climax of the film's main inspiration - The Godfather - Shankar (Abhishek Bachchan) goes on a murder spree in the epic finale of this film. Offing one enemy of his father's after another, after killing his own traitorous elder brother, Shankar establishes that he is equally a force to reckon with, just like Sarkar (Amitabh Bachchan).

While Ram Gopal Varma Ki Aag is the nadir of RGV's Bollywood career - a disastrous attempt to remake Sholay - it is not without a couple of good points. Any scene featuring the two stalwarts together - Amitabh Bachchan and Mohanlal - are worth watching and the film also gives an extra edge to the villain on why he is so vindictive to Lal's character. Unlike Sholay's Gabbar Singh, RGV gives his villain a backstory that involves a younger brother, played by Sachin Pilgaonkar, who wants nothing to do with his elder brother's activities and yet gets killed during a police shootout. This is why Babban breaks the unspoken rule of not killing cops' family members and slaughters Narsimha's kin. 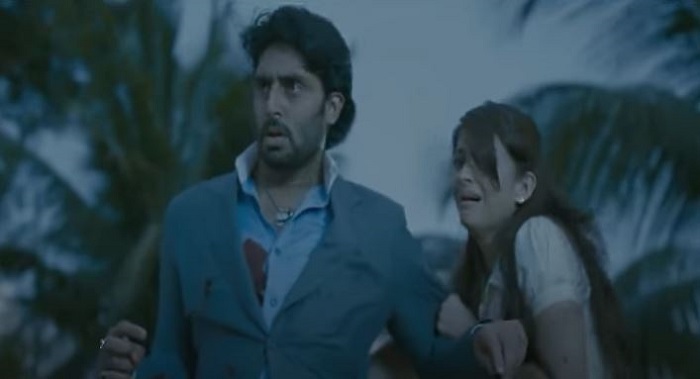 A Scene From Sarkar Raj

In this slightly underwhelming sequel to Sarkar, one of the film's best surprises is the assassination of Shankar, who was deemed to be the film's main anchor instead of his father, before the climax happens. Just about when he decides to let go of the death of his wife and seek companionship with Aishwarya Rai's character, a barrage of sniper bullets ends his life, after which Sarkar takes charge of the vendetta spree in the finale. Funnily, we never get to properly see the sniper who kills Shankar, but only his hand, even when he is killed by Sarkar's men.

Humans Can Be Monsters Too...

Okay, I get why RGV decided to remake Arnold Schwarzenegger's Predator, even without the accompanying gnarly fun that the Hollywood film possessed. Viewers felt cheated that the film failed to show the invisible monster even once, with the entity only depicted through camera movements. But RGV was not interested in the monster, he was more interested in the idea of fear and how it turns humans into bigger monsters. Sadly, that idea only worked a couple of times in the film, especially in this sequence where a superstar, played by Gautam Rode, sees his head smashed by a vindictive crew member.

(The above story first appeared on LatestLY on Apr 07, 2021 08:21 AM IST. For more news and updates on politics, world, sports, entertainment and lifestyle, log on to our website latestly.com).