On the occasion of his 58th birthday, we will revisit 10 fantastic films that Varma has given to Hindi Cinema, while hoping against hope that he returns to the golden form. 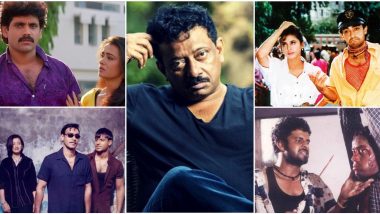 Ram Gopal Varma Birthday Special: 10 Brilliant Films He Have Ever Made in Bollywood!

If there is one filmmaker that I desperately want to return to his golden form, that is Ram Gopal Varma (Rajkumar Santoshi comes a close second, but for that, he has do something apart from shelving films). This man was responsible for creating masterpieces in Bollywood cinema, right at the time when it was going to a very mediocre phase - in the nineties. It is the quality of the films that he made in that era, that many filmmakers fondly talk about Satya, Rangeela and Kaun, than the bigger box office successes of the '90s. Ram Gopal Varma Becomes A Grandpa! SS Rajamouli Congratulates the Filmmaker on Twitter.

While an avant-garde filmmaker whose trysts with experimentation resulted in both masterpieces and duds, RGV is also known for fixation with certain stars (and occasionally, their curves if they are females) at different phases of his career. He is also known for gifting the industry some gifted technicians who worked with him in the early phases of their careers. From AR Rahman, to Anurag Kashyap, to Shimit Amin to Sriram Raghavan and so on.

While RGV's rise to being a master-storyteller in the '90s has been meteoric, so was his fall to being a filmmaker who consistently made trashy, often voyeuristic films. At least in Telugu and Kannada cinema, RGv does occasionally make decent movies. But it has been about 15 years that Varma has made something even great as a Kaun or for the matter, even something as a Mast (different attempt, that's decent).Enter the Girl Dragon Teaser: Ram Gopal Varma's Hyper-Sexualised Action Heroine Film Will Grab Attention (Watch Video).

On the occasion of his 58th birthday, we will revisit 10 fantastic films that Varma has given to Hindi Cinema, while hoping against hope that he returns to the golden form. For now is the the time that this industry needs a director who makes gutsy films that go against the current, system-pleasing tide. 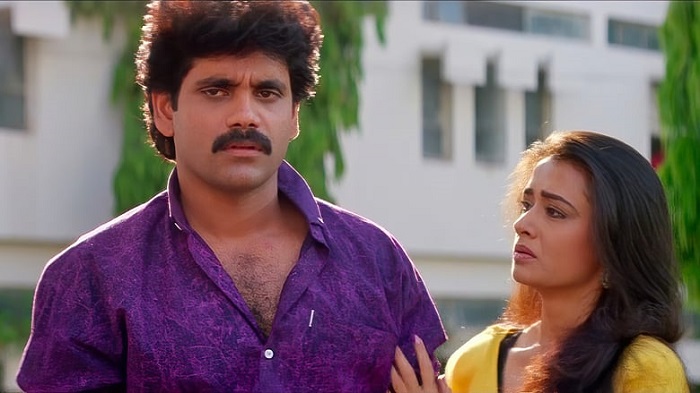 Nagarjuna and Amala in Shiva

The bilingual movie that catapulted RGV into limelight. Shiva is film that redefines 'grittiness'. Set against the backdrop of student politics, this thriller pits Nagarjuna's angry young man against the big baddies, played by Raghuvaran and JD Chakravarthy and creates a hard-hitting, visceral saga in the process. 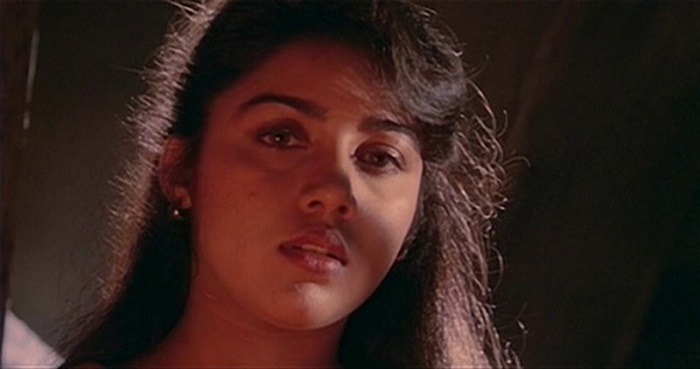 In an era when Ramsay Bros behaved as if they had the ownership of making horror films in India (that was later passed on to Vikram Bhatt), RGV made the most terrifying horror film of that decade that no one saw, till its many reruns on television. Raat is deliberately slow and feels like an offbeat film, and that strategy is quite effective in creating a chilling atmosphere. Varma used the long stretches of silence for a sense of terror foreboding and coupled with actress Revathi's fantastic acting, we have a horror film that continues to stand the test of time. 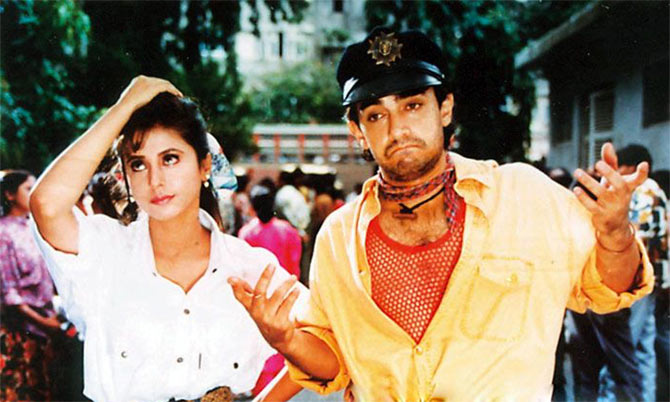 While Shiva made Varma a director to watch out for, Rangeela established RGV as a bonafide director in mainstream Bollywood. The movie, also responsible for bringing then Tamil composer AR Rahman to Hindi cinema and making Urmila Matondkar a sex-siren, is a light-hearted, romantic take on Bollywood. And even after so many years, Aamir Khan's lovable ruffian, Munna, continues to remain one of our favourite characters. Too bad, the bad vibes that he shared with Varma during the making of this film made sure that both of them never worked with each other again. 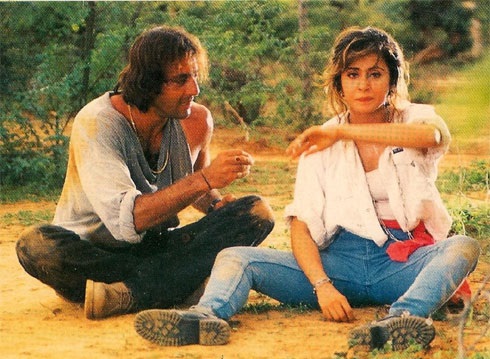 Sanjay Dutt in Urmila in Daud

Daud, despite AR Rahman's wonderful score and Urmila continuing her glam streak, didn't work at the box office. And there is only one reason that I can think of its failure - Daud was way ahead of its time. This black thriller-comedy is nonsensical in its premise, quite intentionally at that, and Paresh Rawal is terrific as the antagonist with a penchant of riffing popular ads. Some of the comic sequences continue to make us laugh even now, like that iconic 'tiger-hunting story' scene featuring Urmila, Sanjay Dutt and the late Neeraj Vora. 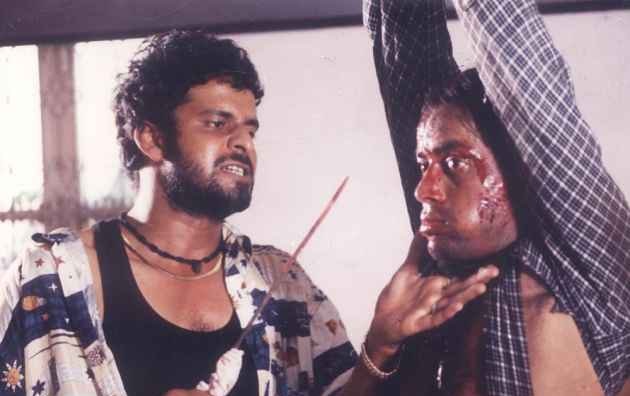 Satya is to Bollywood, what The Godfather or The Goodfellas is to Hollywood when it comes to crime genre. A masterpiece in every way aspect - be it the taut direction, the unpredictable screenplay, the technical values and the soundtrack - Satya is raw, violent and unflinching, and made the world recognise a fantastic actor in Manoj Bajpayee, while making his character, Bhiku Mhatre, one of the most iconic characters in Indian cinema. 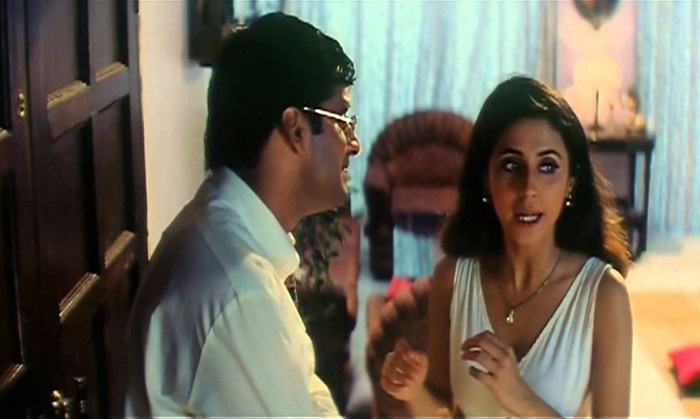 Manoj Bajpayee and Urmila in Kaun

A minimalist thriller focussing on two characters (with a third one joining later), Kaun, at that time, was an experiment that the audiences wasn't used to, and therefore was a game-changer in that sense. Relying on the histrionics of its three actors - Urmila, Manoj Bajpayee (fantastic) and Sushant Singh - and the confined setting of a house that the movie bases its serial killer premise in, Kaun does a brilliant job of pumping up the suspense and the tension with every scene, before pulling off the rug from under our feet with the shocking climactic twist. 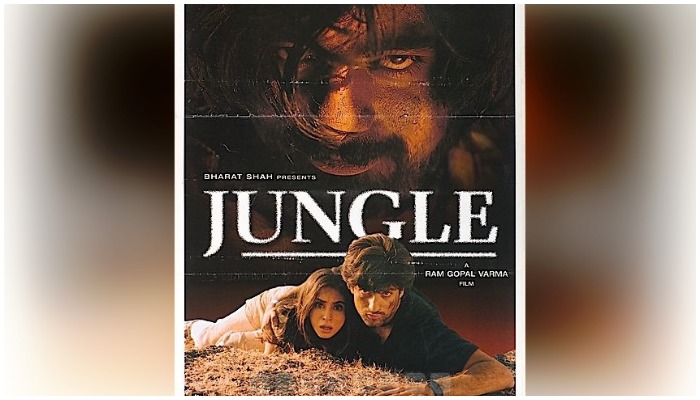 The Poster of Jungle

Unlike the other films in this list, Jungle is neither as popular nor as acclaimed. This is unfortunate, for Jungle is a gripping affair that spins the Ram-Sita-Ravan story of Ramayana into a harrowing, violent saga with some fantastic performances. Imagine the brilliant of the film, where even Fardeen Khan, who was so bad in his debut Prem Aggan, felt like a credible actor, and Suniel Shetty, known then for his brawny roles, showed he had it in him to be more than an action star. Sushant Singh is terrifying as the dacoit who kidnaps the busload of tourists to make government release his captured gang-members, while Rajpal Yadav (in his breakout role) is impressive as his diminutive henchman. 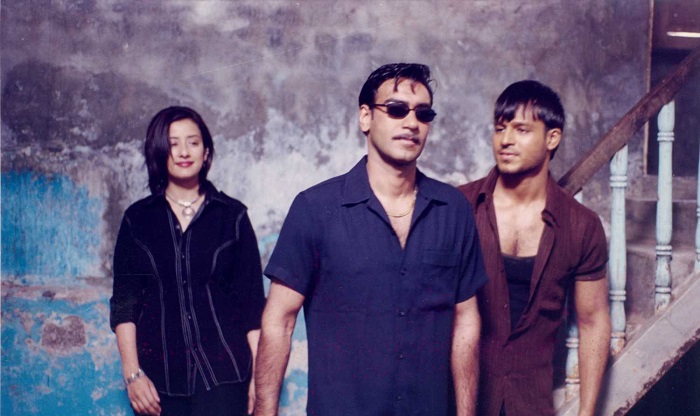 The companion piece to Satya, RGV makes Company a movie starry affair thanks to the presence of Ajay Devgn and Manisha Koirala, while being a launchpad for Vivek Oberoi. If Satya, dealing with local gang-wars, was raw, then Company is a more polished affair, taking underworld beyond Indian borders, but not compromising on the grittiness. Inspired by the rivalry of former friends-turned-enemies Dawood Ibrahim and Chhota Rajan, Company is a thrilling affair with fine performances from the cast, especially Devgn, Oberoi, Antara Mali and Malayalam superstar Mohanlal. 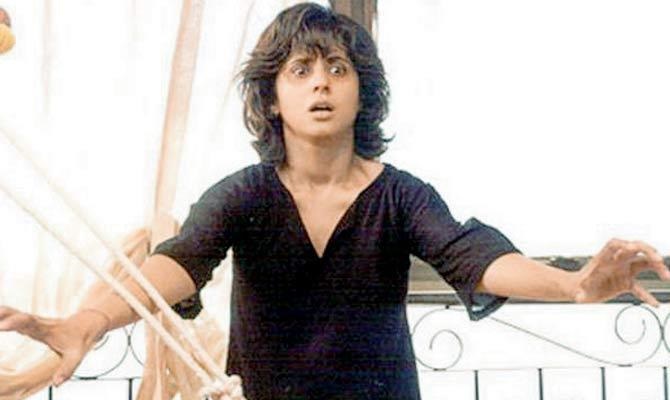 After Raat, RGV returns to the horror genre with Bhoot, and this time, he eked out a box office success. While not as brilliant as his previous effort, Bhoot, nevertheless, has some really good jump scares (the movie gets me everytime with its unexpected first glimpse of the ghost), terrifying sound design and Varma's deft handling. Not to mention, an attractive starcast in Urmila, Ajay Devgn, Rekha, Nana Patekar, Victor Banerjee and Fardeen Khan. 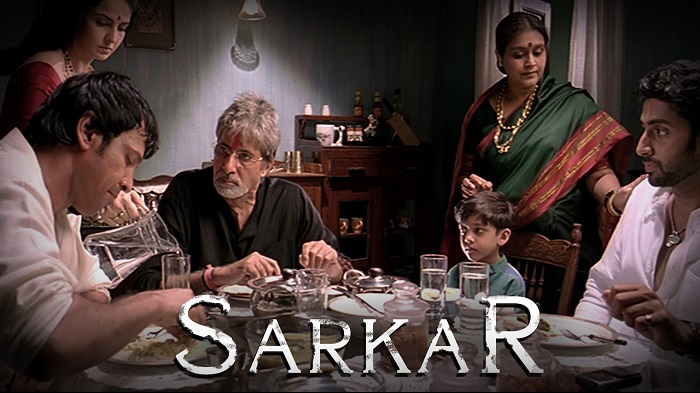 A Still from Sarkar

The last 'great' film RGV made in Bollywood before his downfall into mediocrity, Sarkar is the director's ode to both The Godfather as well as his leading man, Amitabh Bachchan. While not the strongest crime drama he made, Sarkar has many moments of RGV brilliance, especially the revenge spree that Abhishek Bachchan's character goes on in the climax. Both the Bachchans are good, with a special mention to Kay Kay Menon, who is fabulous as Sarkar's haughty, irreverent elder son. The sequel, Sarkar Raj, was decent enough, but Sarkar 3 is horribly bad.

(The above story first appeared on LatestLY on Apr 07, 2020 09:01 AM IST. For more news and updates on politics, world, sports, entertainment and lifestyle, log on to our website latestly.com).