Ranbir Kapoor and Alia Bhatt’s Brahmastra Gets DELAYED Once Again, to Now Release in Winter 2020! 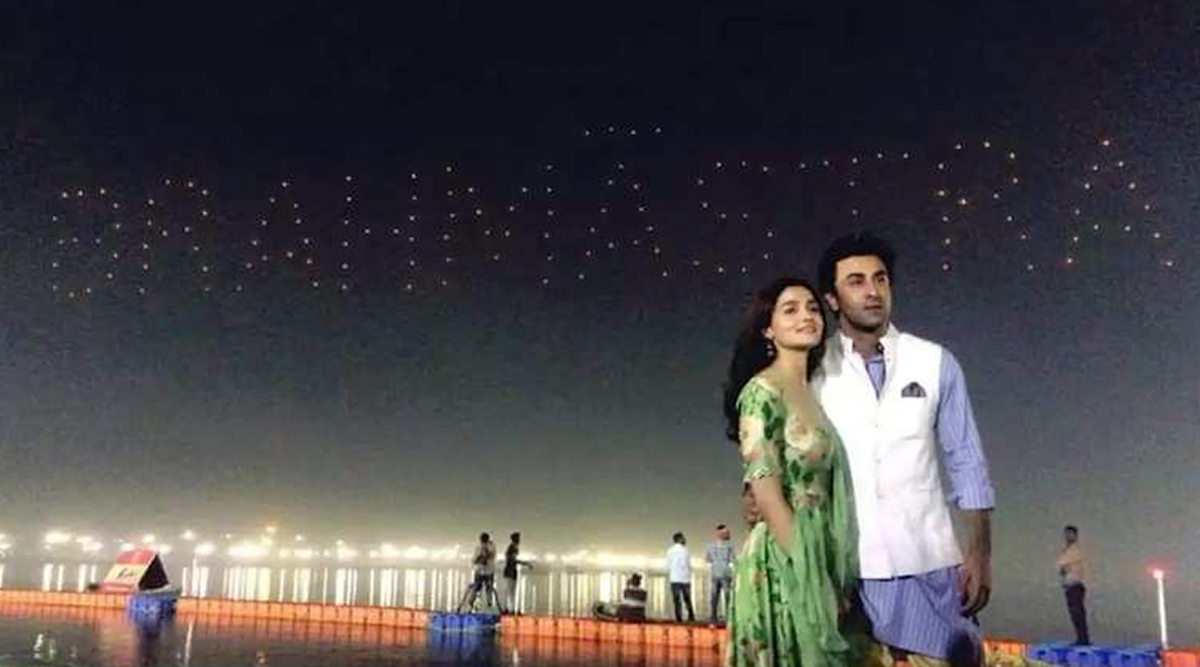 Looks like Ranbir Kapoor and Alia Bhatt fans need to wait for some more time as their upcoming film, Brahmastra which was slated to hit the silverscreen in summer 2020 has now been postponed to a later date. Yes, you read that right. Firstly, the highly anticipated project starring the lovebirds was supposed to release in December 2019 but it got pushed to summer 2020 owing to some pending VFX. Now, if the latest report in Bollywood Hungama is to be believed, Brahmastra's will now release time in winter 2020, which is at the end of next year. A source close informed the portal that the reason for the delay this time again is the VFX. Brahmastra: Amitabh Bachchan Overwhelmed by the Affection of Himachali People As He Shoots in Freezing Cold Manali.

"A major chunk of VFX is still pending which includes the stuff shot with Shah Rukh Khan at a studio in Mumbai, and the plot that unfolds in Manali and Varanasi. The company working on the visual effects has conveyed to the producers that they won't be able to get the film ready by summer due to complexities in the visual effects, which have come across as a shock to everyone working on the film,” said the source. The report also states that Karan Johar and Ayan Mukerji are confident about finishing the film's work by June and then will announce the film's new release date, which is mostly the last quarter of 2020. Mouni Roy is All Smiles in This 'Warm' Picture With Brahmastra Co-Star Ranbir Kapoor and Director Ayan Mukerji.

Brahmāstra Official Movie Logo ! 💥💥💥 #brahmastra Generally late for most things in life, but the posting of this motion logo... 🤦‍♂️ Big shout out to my team for running hard to get this out... assistants, producers, VFX, sound, music! To all the behind-the-scene stories that went into this 40 seconder 👏... and even more to the larger greater story implied in this unit 🔥💥 I think we’ve managed to share something at the very heart of the entire trilogy in this... To feeling excited and nervous and ON ! The beginning of sharing and giving Brahmāstra to the world 🙏 Let there be ‘Light’!

“They don’t want to disappoint the fans by announcing the date for the sake of it and then delaying the film again. Hence the next announcement will come only after they are confident in delivering the film. Be assured once announced, it will be a prolonged marketing campaign with stuff dropping in at the regular interval," adds the source. Apart from Alia and Ranbir, Brahmastra also stars Amitabh Bachchan, Nagarjuna and Mouni Roy in key roles. Stay tuned!
Comments
Tags:
Alia Bhatt Alia Bhatt- Ranbir Kapoor Brahmastra Ayan Mukerji Brahmastra Brahmastra Release Date Karan Johar mitabh Bachchan Mouni Roy Nagarjuna Ranbir Kapoor
Comments
You might also like