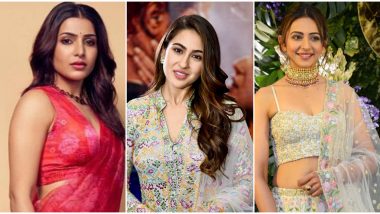 Samantha Akkineni has apologised and extended support to Sara Ali Khan and Rakul Preet Singh after their names were dragged in a drug case probe. The interrogation and the subsequent arrest of actress Rhea Chakraborty in a drug probe by Narcotics Control Bureau (NCB) had resulted in a witch hunt on social media platforms. Certain news reports suggested that three more women have been named by Rhea in her confession to the NCB and issues will be noticed to them. The three persons rumoured to be named by Rhea were Sara, Rakul and Simone Khambatta. Rhea Chakraborty’s Lawyer Satish Maneshinde Says Not in a Hurry to File Bail Application in High Court.

Social media users bombarded the three women with unruly comments, only for the NCB to clarify that they do not have a list of Bollywood celebs under the radar as reported by some publications. Samantha took to her social media to share screenshots of the reports and fan posts about clarification by the NCB. She hashtagged the images as #SorrySara and #SorryRakul. Clearly, apologising for the witch hunt that was led by social media mobs. Sushant Singh Rajput Death Case: Radhika Madan Shares A Post On How Even Rhea Chakraborty Deserves A Fair Trial. 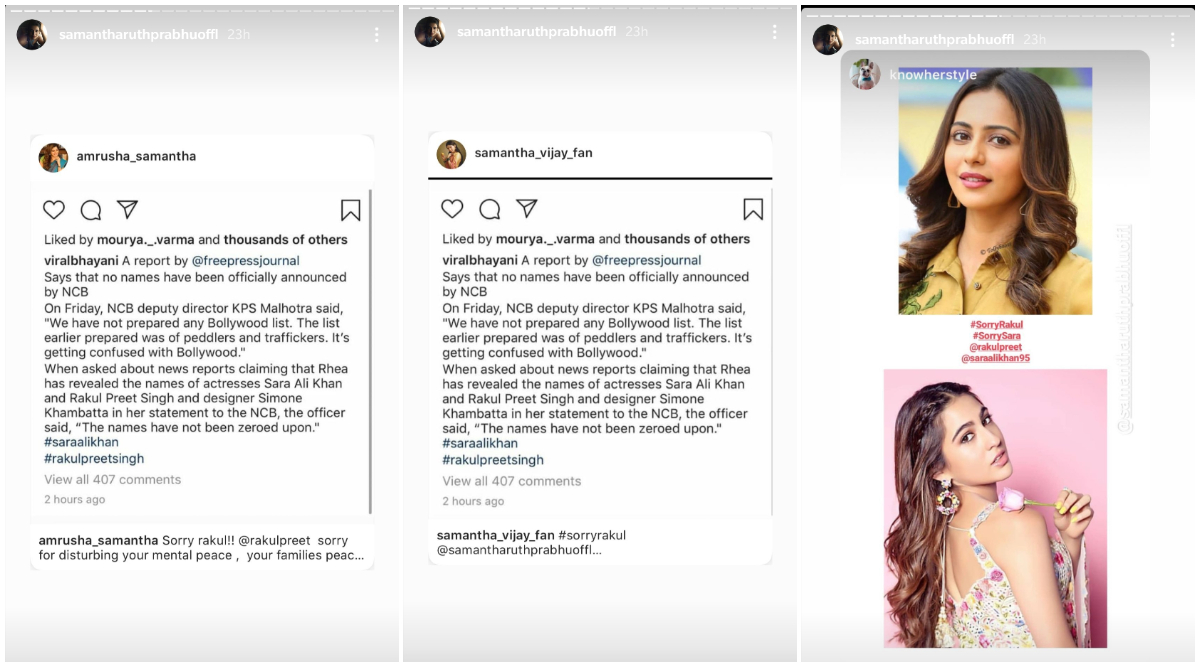 The drug was probe was launched by NCB on the sidelines of the investigation into Rhea's boyfriend Sushant Singh Rajput's death. The Kedarnath actor was found hanging in his Bandra apartment on June 14. His family accused Rhea of abetment and embezzlement. However, no such findings have been revealed by the Central Bureau of Investigation, the agency that's handling the case.

(The above story first appeared on LatestLY on Sep 14, 2020 06:18 PM IST. For more news and updates on politics, world, sports, entertainment and lifestyle, log on to our website latestly.com).