Rimi Sen Birthday: Did You Know the Former Bigg Boss Contestant Was Once Considered the Lucky Mascot in Bollywood? 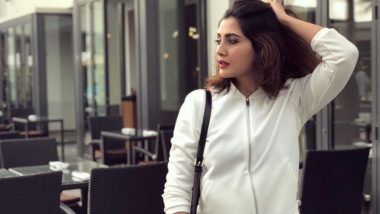 Rimi Sen turns 39 today. The actress had a short-lived film career but featured in some of the most amazing comedy movies. She is a talented actress, whose potential was not tapped into by the film industry. Weird as it may sound, her comic timing in the box-office dud Thank You was wonderful and she was able to match Irfan Khan on screen. Do check out Rimi's scenes in the movie. In fact, she was also fine in De Taali, playing the antagonist-ish character. Of course, her most talked-about film appearance has to be YRF''s Dhoom, where despite limited screentime, she made an impact.

She was also a contestant on the ninth season of the most controversial reality show, Bigg Boss. She regretted her decision almost immediately after entering the show. "I am venturing into direction next year so I am using ‘Bigg Boss’ as my base to connect with my fans again. I have been very choosy about my roles, so my fans have seen me in a handful of films in my 12-year Bollywood career,” she said before entering the house.

One very interesting trivia about the actress is that she was once considered Bollywood's lucky mascot. Almost every film in which she starred in a minor role went on to earn big bucks at the box office. Have a look.

The movie was headlined by Amitabh Bachchan and Hema Malini. Rimi played a very small role in the film.

In Dhoom, Rimi played the supporting role of Abhishek Bachchan's wife. Not a long role. The movie was a blockbuster. In Dhoom 2, she only reprised her role in a cameo and the movie was an even bigger blockbuster than the prequel.

The actress had a cameo appearance in this comedy headlined by John Abraham and Akshay Kumar. The movie earned big bucks at the box office.

She appeared in a supporting role in this Akshay Kumar-Suniel Shetty comedy. You know what happened with the movie.

(The above story first appeared on LatestLY on Sep 21, 2020 08:36 AM IST. For more news and updates on politics, world, sports, entertainment and lifestyle, log on to our website latestly.com).