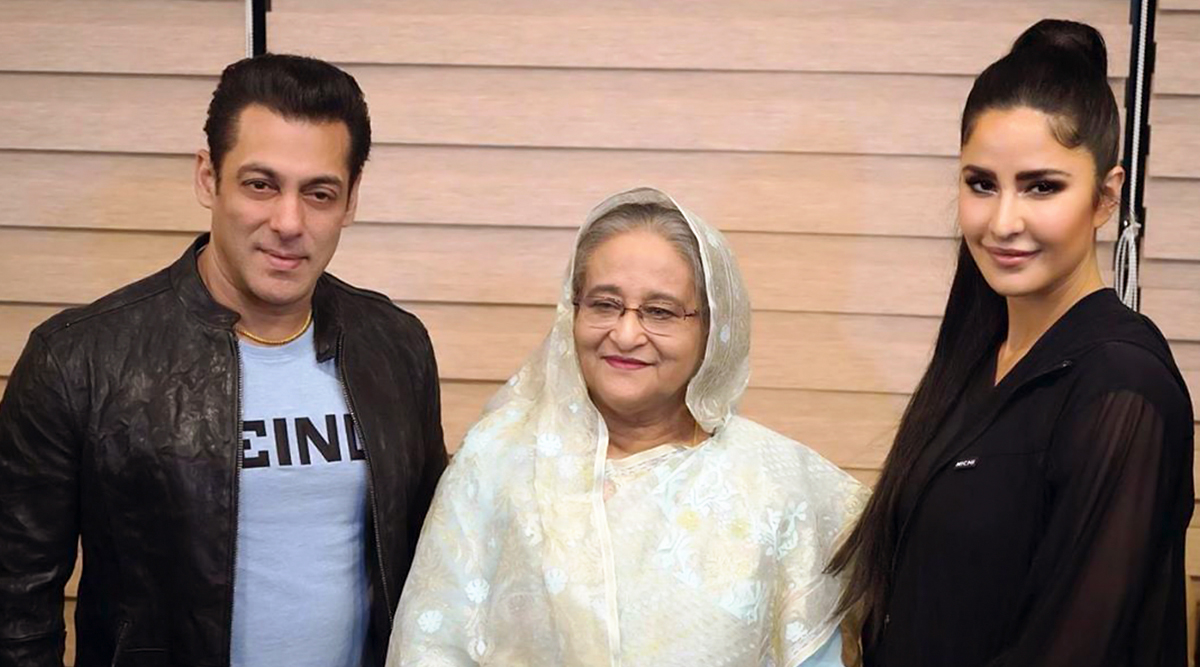 Bollywood actors Salman Khan along and Katrina Kaif felt honoured as he met "beautiful lady" Bangladesh Prime Minister Sheikh Hasina. The 'Dabangg 3' actor Salman shared the picture along with Sheikh Hasina and Ek Tha Tiger co-star Katrina Kaif on Instagram on Monday. The star captioned the picture as, "Katrina and I, with the Hon. Prime Minister Sheikh Hasina.. it was a pleasure and honour to have met such a beautiful lady . . . @katrinakaif." Priyanka Chopra Calls on Bangladesh PM Sheikh Hasina After Visiting Rohingya Refugee Camps.

The two performed at the inauguration ceremony of Bangladesh Premier League (BBPL) in the country. On the work front, the 53-year-old star who was last seen in 'Bharat' alongside Katrina Kaif, will next be seen in much-anticipated action thriller Dabangg 3 In the movie, Salman will be seen alongside Sonakshi Sinha and veteran actor Mahesh Mamnjarekar's daughter, Saiee Manjarekar. Bigg Boss 13: Salman Khan Reveals to Rashami Desai That Arhaan Khan is Married, Has Kid.

Katrina and I, with the Hon. Prime Minister Sheikh Hasina.. it was a pleasure and honour to have met such a beautiful lady . . . @katrinakaif

Helmed by Prabhudeva, the movie is slated to release on December 20. Salman has also started shooting for his upcoming action-packed movie ' 'Radhe Your Most Wanted Bhai'. The movie will be directed by Prabhu Deva under the banner 'Salman Khan Films'. The movie also features Disha Patani, Randeep Hooda and Jackie Shroff. The movies will hit the silver screens releasing next year on Eid.