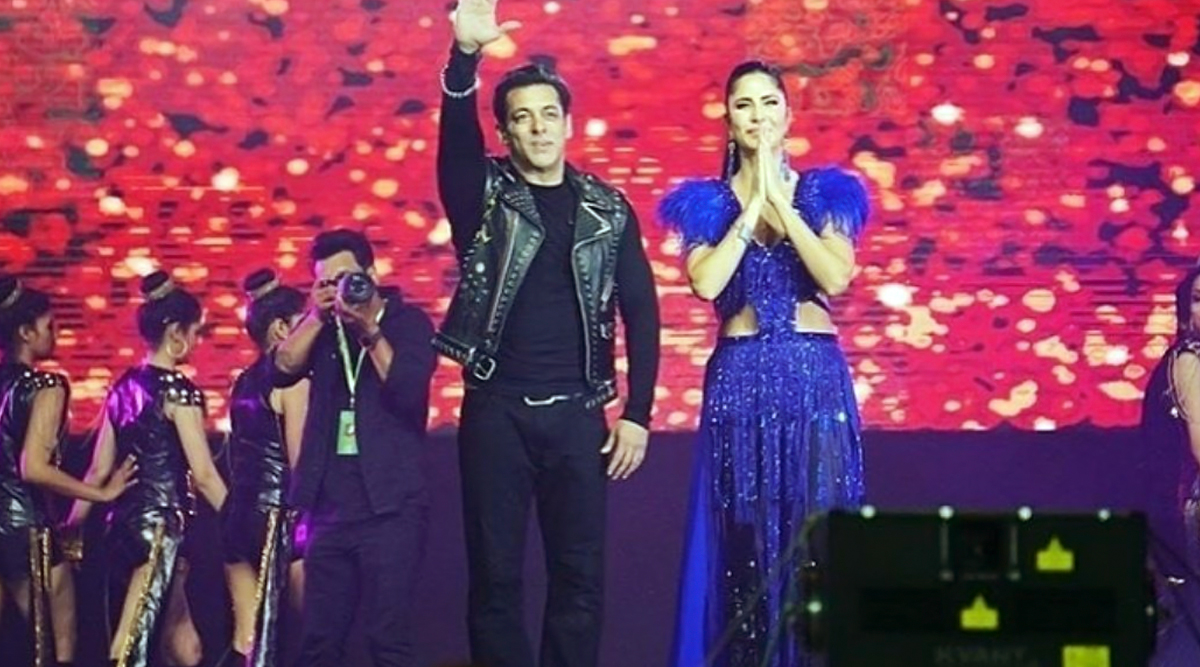 Ek Tha Tiger Duo of Salman Khan and Katrina Kaif were the Indian guests who performed at the opening of the ceremony of the Bangladesh Premier League (BPL) on Sunday. The ceremony took place for almost five hours and Salman and Katrina were the only two Bollywood stars who light up the stage with their mesmerizing performances. The two even interacted with the Bangladeshi PM gracefully who invited them to this event. BPL 2019 opening ceremony took place at the Sher-e-Bangla National Stadium in Dhaka were Bangladesh Prime Minister Sheikh Hasina Wajid was the chief guest. Bangladeshi singers James, Mumtaz was among the main guests, however, the second part of the show was dominated by enthralling performances of Salman Khan and Katrina Kaif. Salman Khan, Katrina Kaif Pose Along with Bangladesh PM Sheikh Hasina on Their Visit to the Opening Ceremony of BPL 2019.

Salman shook leg on Dabangg 3 song Munna Badnaam Hua and on the other hand Katrina Kaif sizzled on Tiger Zinda Hai song Swag Se Swagat. Salman Khan went all black with his dapper black jacket whereas Katrina looked stunning in her dark blue shimmery attire. The duo posed for a photo with Hasina Wajid as she arrived at the venue of the ceremony. The Dabangg star also shared the photo on his Instagram, heaping praise on the Bangladeshi premier in the caption of his post. Chris Gayle to Feature in 2nd Half of BPL.

They look BEST TOGETHER ❤

A total of 7 teams are the part of the 2019 Bangladesh Premier League. A total of 46 matches will be played including the 4 playoff matches. The final will be played on January 17, 2020. The first match of the BBPL will be played on December 11, Wednesday with Chattogram Challengers taking on Sylhet Thunder in the opening match. This is the first time that the Bangladesh Cricket Board (BCB) is organizing the Premier League matches without involving any franchise. On the work front, Salman Khan is all set to entertain his fans with Dabangg 3 releasing on December 20. Whereas Katrina Kaif will be next seen in Rohit Shetty's Sooryavanshi that heads for March 27, 2020 release date. Salman also has Prabhudeva's Radhe and Nadiadwala's Kick 2 under the pipeline.