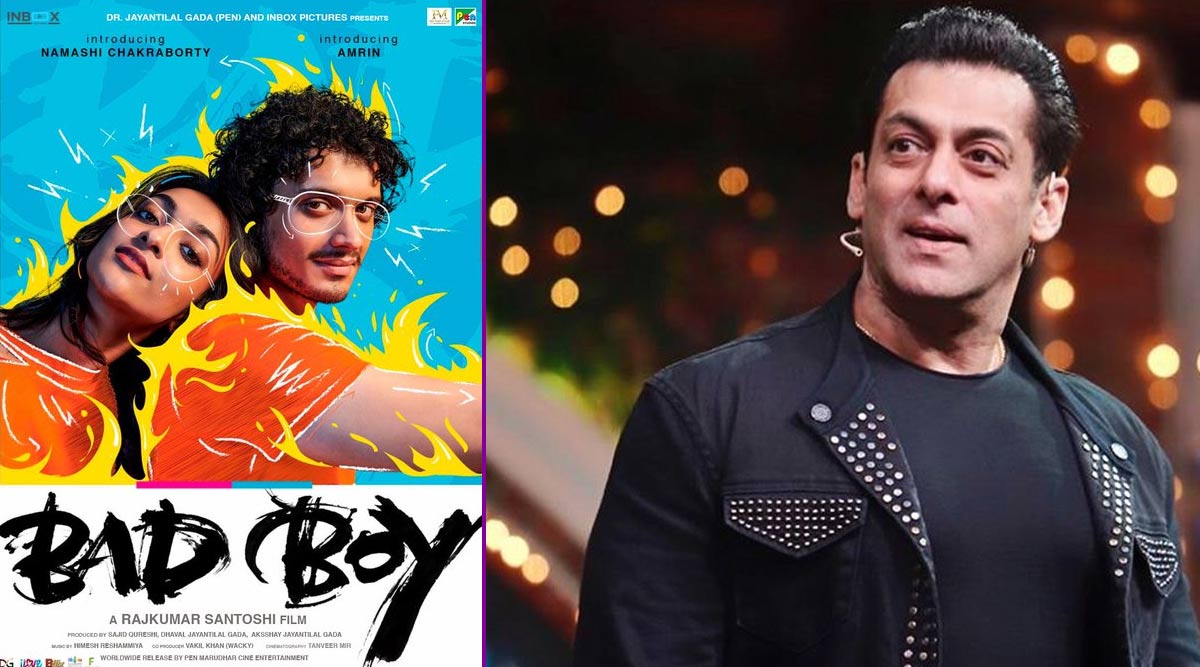 Superstar Salman Khan has unveiled the poster of Rajkumar Santoshi's "Bad Boy", the debut film of Mithun Chakraborty's son Namashi Chakraborty. "All d vry best Namashi for #BadBoy. Poster lajawaab!" Salman captioned the colourful poster featuring Namashi with the film's debutant heroine, Amrin Qureshi. Amrin is the daughter of the film's producer Sajid Qureshi. For Namashi, "Bad Boy" is a dream come true. "To be launched in an out-and-out commercial film, with the guidance of Sajid bhai and Raj ji, was an honour. I enjoyed every second of filming this lovely film," he said. Mithun Chakraborty's Son Namashi Wraps Up Shooting for His Bollywood Debut; Rajkumar Santoshi's Rom-com 'Bad Boy'.

"Just like the poster, the story of 'Bad Boy' is engaging and appealing. Drama, music, action, romance -- these elements are the core of the film. Commercial cinema is one of the genres that the audience enjoys and loves the most. We present to you our first poster featuring the lead star cast of the film Namashi Chakraborty and Amrin Qureshi," said veteran filmmaker Santoshi. "It will be one of the most massy entertainers of 2020 with the right amount of romance, comedy, action, music and drama. After all, it's a Rajkumar Santoshi film, I am confident about his work, it's top-notch," said Sajid Qureshi. Mithun Chakraborty’s Youngest Son Namashi to Make His Bollywood Debut With Amrin in Bad Boy, Twitterati Scream Nepotism.

Amrin said "Bad Boy" is everything that she could have asked for. It's a "dream movie filled with entertainment and everything nice. Each and every moment was magic on set and I cannot wait for everyone to see it". The film is produced by Sajid Qureshi, Dhaval Jayantilal Gada and Aksshay Jayantilal Gada. It's co-produced by Wacky Khan.