Sanjay Leela Bhansali's Niece Sharmin Segal and Jaaved Jaaferi's Son Meezan to Debut With Malaal; Trailer Out on May 18 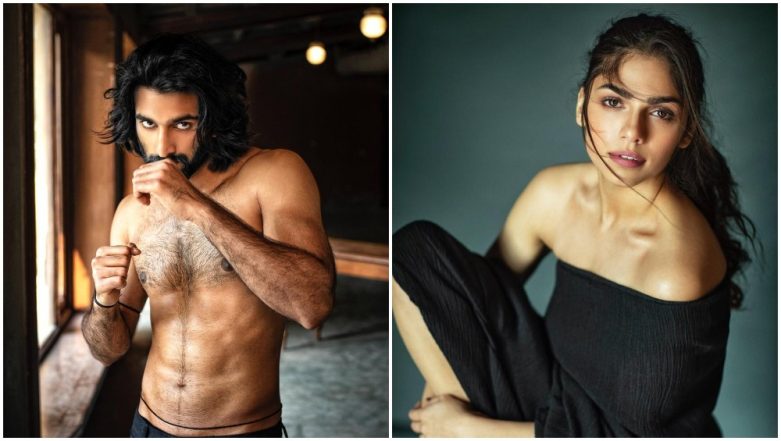 Sharmin Segal and Meezan's Malaal trailer to release on May 18 (Photo Credits: Twitter)

Sanjay Leela Bhansali's next production venture is Malaal starring two debutantes. His niece Sharmin Segal will romance Jaaved Jaaferi's son Meezan and we wonder if the internet is waiting for another nepotism debate. Anyways, let's keep that reserved for some other day. The announcement here is that Malaal is almost ready to release and the trailer of which will be unveiled on May 18, i.e. Saturday. The Padmaavat director won't direct this movie and Marathi filmmaker Mangesh Hadawle will mark his debut with it. Dear Comrade Actress Rashmika Mandanna to Mark her Bollywood Debut with Randeep Hooda in Sanjay Leela Bhansali's Next?

Speaking about Malaal, the makers have kept its storyline a very tight secret.  The only thing that we are aware of is the fact that the movie has been shot at some picturesque locales abroad. Meezan made headlines when he was clicked after a movie date with Amitabh Bachchan's granddaughter, Navya Naveli Nanda. The newcomer then tried to hide his face and probably that was just an instruction coming from SLB's office. Tiger Shroff and Sanjay Leela Bhansali Team Up for a Movie Inspired by Amish Tripathi's The Immortals of Meluha?

The CEO of SLB Productions, Prerna Singh had earlier revealed why she decided to cast Meezan for Malaal. She said, “When I saw Meezaan for the first time in the office, the immediate thought that crossed my mind was, such a versatile face. In this exciting phase of the industry, there couldn’t have been a better time but now to launch him. We have signed him for 3 films and continue our aim at BPPL to give the industry more talent.” Here's sending them loads of luck for their new beginnings.