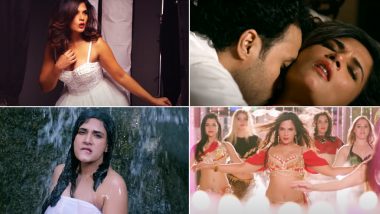 At the teaser launch, Shakeela was quoted as saying, "I am really happy with the teaser. I think Richa Chadha is wonderful in the film. She has done complete justice to my character. The teaser reminded me of so many things of my past - especially my ex-lover Richard. Rajeev (Pillai) looks exactly like him. If that's how I feel after watching just the trailer, imagine how I would feel after watching the whole film! I think I am going to definitely cry." Shakeela will be released in Telugu, Kannada, Malayalam, Hindi and Tamil on December 25, 2020.

(The above story first appeared on LatestLY on Dec 09, 2020 01:18 PM IST. For more news and updates on politics, world, sports, entertainment and lifestyle, log on to our website latestly.com).