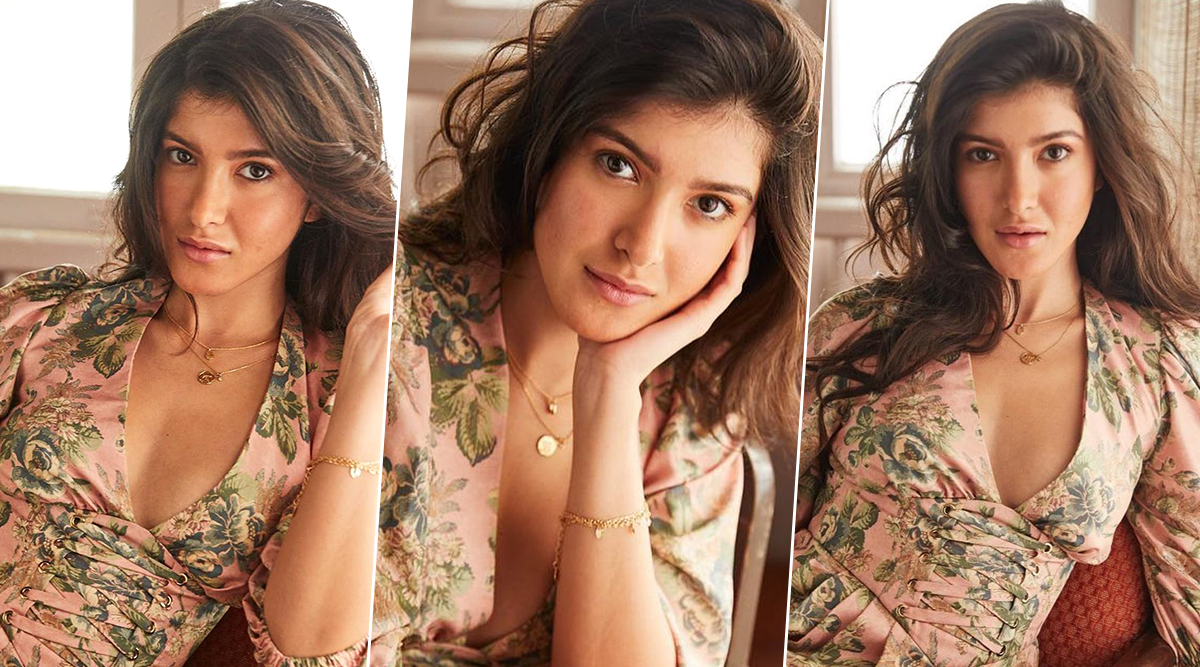 If making her debut at Le Bal Paris wasn't enough to get our attention, Shanaya Kapoor is busy posing for photoshoots that are sultry and so-damn-hot. Sanjay Kapoor and Maheep Kapoor's darling daughter is all set to follow in her bestie, Ananya Panday's footsteps and entry Bollywood in a year or two. And while we wait for her to make the big plunge, her numerous pictures including the recent one should help you while the long wait. Ananya Panday's Idea to be in Zindagi Na Milegi Dobara 2 With Suhana Khan, Shanaya Kapoor Doesn't Sound So Bright!

Daddy dearest, Sanjay Kapoor took to his Instagram account to share new pictures of his darling daughter from one of her new photoshoots. Shanaya undoubtedly looks magical and sensuous in all of her different clicks and we can't wait to see more shots from the same photoshoot. She has that spark in her eyes and bold expressions that make her a star material. Hopefully, she'll announce her Instagram debut for us to keep ogling at her numerous pictures. Suhana Khan and Shanaya Kapoor are Adorable Little Girls in This Childhood Picture and Their BFF Ananya Panday Has This to Say About It!

Check Out her New Pictures

Speaking about her filmy career, Shanaya started working as an assistant director on Janhvi Kapoor's Kargil Girl. The girl wanted yo learn the nuances of filmmaking before she attempted acting. She comes across as a girl with a plan and it's working in her favour.