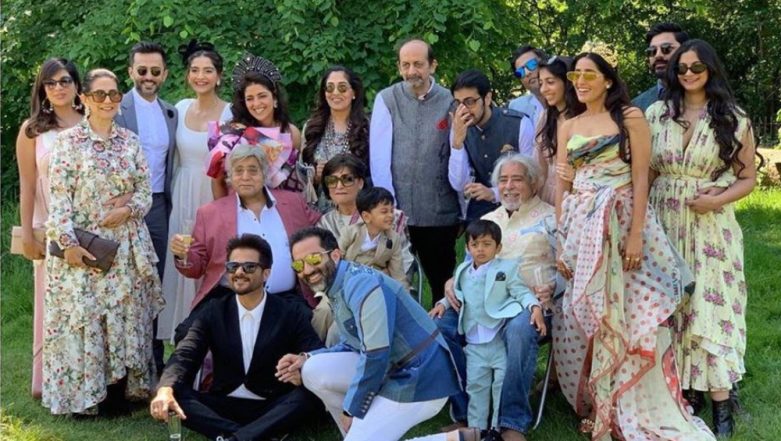 Is it the MET Gala again? No, just Sonam Kapoor attending another wedding. The actress with her family - sister Rhea, father Anil and others - is in London currently. The Kapoors are attending Sonam's cousin Priya Singh's wedding to Ranbir Batra. Of course, we are getting timely updates on Instagram and we are loving it. In a new picture posted by Sonam, we can see the entire Kapoor khandaan posing together. Is everyone in this family so good looking? Also, do not miss out Rhea's boyfriend Karan Boolani in this picture. Anand Ahuja, Sonam's husband, can be spotted as well. Katrina Kaif, Sonam Kapoor and Disha Patani Woo us With Their #OOTDs This Week - View Pics.

On the work front, Sonam was last seen in the movie, Ek Ladki Ko Dekha Toh Aisa Laga. The movie featured the actress playing the role of a simple small town girl in a same-sex relationship. Sonam will be next seen in the cricket-based movie, The Zoya Factor, which also stars Dulquer Salmaan.