As per the latest report, Apoorva Mehta, CEO Of Dharma Productions has been summoned by Mumbai Police for interrogation with regards to Sushant Singh Rajput's death case. Read on. 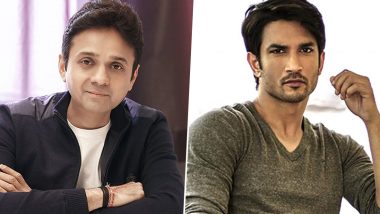 Sushant Singh Rajput died by suicide on June 14, 2020, and it has been more than a month since his death. A lot has been written and spoken about the Dil Bechara actor's untimely demise wherein a section of netizens, as well as celebs, have claimed that it's not a suicide but is a planned murder by a few Bollywood bigwigs. Since then, the Mumbai police has been interrogating many celebrities linked to the late star. Sanjay Leena Bhansali, Aditya Chopra, Rumi Jaffery, film critic Rajeev Masan, Rhea Chakraborty and more have recorded their statement at Bandra police station. And well, as per the latest update on ANI, it's Dharma Productions CEO, Apoorva Mehta who is summoned by the police. Sushant Singh Rajput Changed SIM Cards 50 Times, An Extraordinarily High Number Says Lawyer Ishkaran Singh Bhandari.

Earlier to this, as per the same portal, Maharashtra Home Minister Anil Deshmukh had said that film director Mahesh Bhatt and Karan Johar's manager will be called for the questioning. "Tomorrow Mahesh Bhatt will be called for questioning and we will later call Karan Johar's manager too. If required Karan Johar can also be called for the questioning in Sushant Singh Rajput case," he said while speaking to ANI. Well, now seems like not KJo's manager, but it is actually the CEO of Dharma Productions who is interrogated by the police. Sushant Singh Rajput Suicide Case: Film Critic Rajeev Masand Summoned by Mumbai Police For Questioning.

Recently, a report has emerged that a Delhi-based lawyer Ishkaran Singh Bhandari has confirmed that Sushant changed 50 sim cards and also emphasised that this matter should be investigated.

“In the first letter, I said that there is source-based, not even source-based, name-based information that Sushant Singh Rajput changed his SIM cards 50 times,” HT reported his quote. "That’s an extraordinarily high number and that is why I wrote that this evidence must be sealed. If Mumbai Police investigate it, hopefully, they would have already done it. If they have not done it, then that is raising more and more questions,” he added. Stay tuned!

(The above story first appeared on LatestLY on Jul 26, 2020 06:45 PM IST. For more news and updates on politics, world, sports, entertainment and lifestyle, log on to our website latestly.com).