The Tashkent Files Box Office: Vivek Agnihotri’s Political Drama Emerges as One of the Most Profitable Films of 2019 – Here’s How! 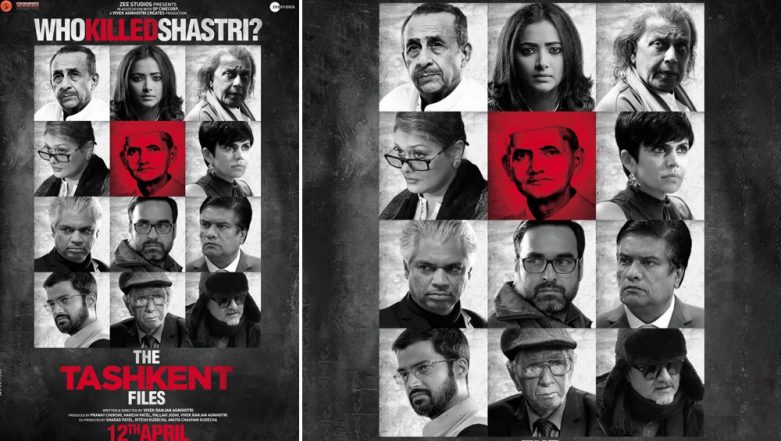 Vivek Agnihotri's film, The Tashkent Files, was in the buzz right from the day the makers dropped its official trailer. Based on India's former Prime Minister Lal Bahadur Shastri's mysterious death, the subject of the film itself engaged the audience with immense curiosity. The movie had released on April 12, without any A-lister in the cast, no heavy-duty promotions, and no Godzillian hype. Why, the makers even accused certain publications on ignoring their movie for critique. The Tashkent Files Trailer: Mithun Chakraborty, Pankaj Tripathi, Naseeruddin Shah Starrer Explores the Mystery Behind Indian PM Lal Bahadur Shastri's Death (Watch Video)

And yet, it is the makers, or rather the director Vivek Agnihotri, is having the last laugh now. The Tashkent Files turned out to be one of the most profitable hits of 2019, if not the MOST profitable. That too, facing enough challenges pre and post the release date.

Detractors may scoff at this claim, saying that the Tashkent Files has only collected Rs 17.50 crore as per the last box office update. The amount may seem meagre as it may be on par with say, the first day collections of an Akshay Kumar or a Salman Khan film. If you are on this school of thought, then you are not giving the arithmetics involved any consideration.

As per Vivek Agnihotri, The Tashkent Files has been made on a meagre budget of Rs 5 crore. So in that sense, the movie has made more than three times its production cost. The movie has been released only on a scant 250 screens all over the country. This itself got reduced to 110 screens, when Dharma Productions' Kalank came into the theatres on April 17.

Not to mention, another week later, we had this tsunami at the box office called Avengers: EndGame. Despite these setbacks, plus scathing reviews from the critics (this publication included), The Tashkent Files went on to complete 50 days at the box office.

While *most* films run out of fuel within 2/3 weeks, #TheTashkentFiles completes 50 days at the BO... Braved stiff competition by #Hollywood biggies and local films week after week... Had limited showcasing at plexes... Yet, emerged a success story! pic.twitter.com/u2r4JoAyrS

What's more, The Tashkent Files has eclipsed the critics' lashing with audience response, that is in favour of the film (hence, the 50-day run). With 20,390 votes on BookMyShow, 86% audience hits and 8.4 rating on IMDB, it looks like the moviegoers have given a big thumbs up to Vivek Agnihotri's pet project. 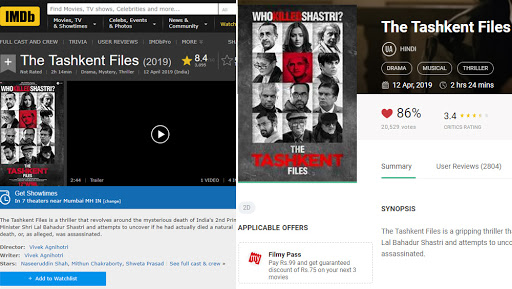 So doesn't this make The Tashkent Files one of the biggest success stories of the year? From being called propaganda movie to getting a legal notice from Lal Bahadur Shastri's grandson, its been a tough journey for the makers and now these numbers are the manna for them. The Tashkent Files Actress Shweta Prasad Has a Scary Thought to Share About Seeking Truth in India

Vivek Agnihotri spoke to LatestLy on how his film struggled at the box office but never lost its spark. He said "The film just released in 250 screens across India, during Kalank it came down from 250 to 110 screens. But, the film picked up again and it reached as many as 700 shows. Again, during Avengers: Endgame, The Tashkent Files came down to 110-105. This happened every single week till now and here we are." We have to add here that Vivek had also been invited for a special screening at Delhi's Rashtrapati Bhavan.