Hollywood star Angelina Jolie has urged Americans to keep in touch with at-risk families during the COVID-19 lockdown and report any form of child abuse fears to the authorities. 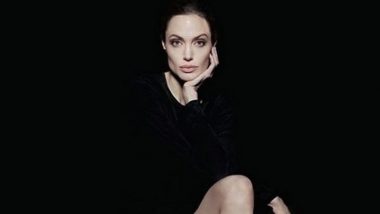 Hollywood star Angelina Jolie has urged Americans to keep in touch with at-risk families during the COVID-19 lockdown and report any form of child abuse fears to the authorities. In a new article for Time magazine, the mother-of-six said that she's worried about the safety of children in self-isolation, because the stay-at-home guidelines play the favour of perverts and abusers, reports aceshowbiz.com. "(They are) especially vulnerable to so many of the secondary impacts of the pandemic on society. Isolating a victim from family and friends is a well-known tactic of control by abusers, meaning that the social distancing that is necessary to stop COVID-19 is one that will inadvertently fuel a direct rise in trauma and suffering for vulnerable children," she said. Did Brad Pitt Persuade Angelina Jolie to Opt for ‘Traditional Schooling’ for Their Kids?

Jolie said there are already reports of a surge in "domestic violence around the world, including violent killings." Jolie is also concerned about the schools shut down. "It's a lifeline of opportunity as well as a shield offering protection - or at least a temporary reprieve - from violence, exploitation and other difficult circumstances, including sexual exploitation, forced marriage and child labour and domestic violence. It's not just that children have lost support networks. Lockdown also means fewer adult eyes on their situation," she said. Meghan Markle and Prince Harry To Get Ex-Couple Brad Pitt-Angelina Jolie’s £4million Security?

Jolie urged people to "make a point of calling family or friends, particularly where we might have concerns that someone is vulnerable". "It is often said that it takes a village to raise a child. It will take an effort by the whole of our country to give children the protection and care they deserve."

(The above story first appeared on LatestLY on Apr 10, 2020 04:22 PM IST. For more news and updates on politics, world, sports, entertainment and lifestyle, log on to our website latestly.com).