It came as a surprise to a huge set of people when the actress decided to retire from acting when she was at the peak of her career. In her recent interview, Cameron has revealed that she called it quits because her job didn't give her any time to do something else. 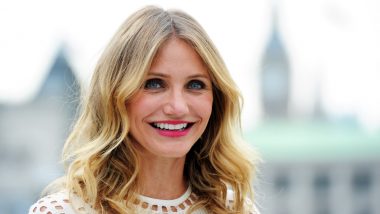 Has it ever happened to you that you have your dream job, and one fine day, you realise it's getting so monotonous that you want an out? Or you quit because you are working so much that you don't have time to do anything else. Poor work-life balance, as they call it. Most of us have been on that road, and so has Cameron Diaz. It came as a surprise to a huge set of people when the actress decided to retire from acting when she was at the peak of her career. In her recent interview, she has revealed that she called it quits because her job didn't give her any time to do something else.

"I just decided that I wanted different things out of my life. I had gone so hard for so long, working, making films and it's such a grind," Diaz said. "When you're making a movie—it's a perfect excuse—they own you. You're there for 12 hours a day for months on end and you have no time for anything else," she told to Gwyneth Paltrow for the latest episode of In Goop Health: The Sessions. That imbalance between your personal and professional life is a big problem all around the world. Last year, Bustle Hive conducted a survey, and nearly 40 percent of respondents said that they'd left a job because of a lack of work-life balance. That number is scary, and so is making that move from your current job, but it's ultimately worth it. It's like "peace" for the former actress. "A peace in my soul because I was finally taking care of myself," the actress said when she was asked what it felt like to leave that past behind. Cameron Diaz on Embracing Motherhood: Daughter Raddix Is the Best Thing Ever Happened to Us.

Hello Ladies! Happy Fall! Hope everyone is enjoying this glorious time of year; the chillier air, the changing and falling leaves; all of the markers of another year coming to a close, and a hint at the new one about to unfold. I first wanted to thank all of you who answered our call this past summer to send in any questions you might have about aging in a female body. I am so grateful for your participation, as it allowed us to address your inquries in the next volume of the @TheBodyBook. It is centered around the mental, physical and emotional journey of aging. And as we diligently put the finishing touches on the book, we’d like to ask for your help once more. This book is for you and about you and that’s why we’d like to see you on the cover. Much like the cover of the Body Book, under the jacket, were we featured women of all different shapes, sizes, builds and ethnicities. We would like for you to feel represented again, this time to show where you are in your process of aging. So we invite you to take a picture of yourself. It should look much like the one I have here; against a plain background, this general framing-you can crop closer to a portrait, and the higher-def the better! We’d like to see more of that beautiful face of yours than the body this time. And if you want to snap one with yourself and your mom and your daughter together, or any multiple generations or expressions of your journey with aging, we’d love to see those, too! And for the 50 we use on the actual cover, we’ll send you a signed copy of the book when it hits bookstores in April. So be yourself with it, be brave with it, have fun with it, and we can’t wait to see. Thank you again and Happy Selfie-ing!! Ox, Cameron To submit, click the link in my profile.

Sometimes all you need is that one person to push you to make that change. For Cameron, it was her husband and musician Benji Madden. She credited him with guiding her through the "painful" journey of self-discovery, as she describes it. "I broke that mirror about a thousand times when he put it up to me. I was like, 'I hate you... don't show me that,' and he was like, 'Look, bitch. Look'," she laughed. "Thank God for him," she added.

Cameron made her film debut at age 21 opposite Jim Carrey in the comedy The Mask. She went on to star in several high-profile films including Charlie's Angels and its sequel Charlie's Angels: Full Throttle,  Martin Scorsese's period drama Gangs of New York, In Her Shoes, The Holiday, The Box and so on. Her last film was titled Annie, which released in 2014.

(The above story first appeared on LatestLY on Aug 06, 2020 11:10 AM IST. For more news and updates on politics, world, sports, entertainment and lifestyle, log on to our website latestly.com).