From suing a former President of the United States to working as a camera operator for Rolling Stones, his life his brimming with interesting anecdotes. So, to celebrate his birthday, we are going to talk about 3 awesome sauce facts about George Lucas and his career that fascinated us the most. 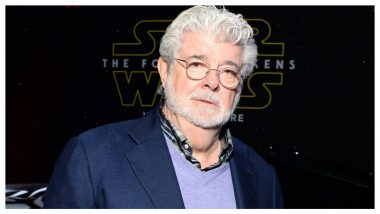 Filmmaker George Lucas turns 76 today. He has given the world some insanely awesome films like Indiana Jones, Star Wars, and others. In 2012, he opted for semi-retirement and sold his production house Lucas Films to Disney. But his legendary work continues to fascinate people. Lucas, himself is quite a fascinating person. From suing a former President of the United States to working as a camera operator for Rolling Stones, his life his brimming with interesting anecdotes. Thor Ragnarok Director Taika Waititi to Direct and Co-Write a New Star Wars Film.

So, to celebrate his birthday, we are going to talk about 3 awesome sauce facts about George Lucas and his career that fascinated us the most. Without further ado...

His Dog Influenced His Work

Lucas had a dog, an Alaskan Malamute, whom he named Indiana. The name was later used by the filmmaker for Harrison Ford’s character in the Indiana Jones series.

"I had an Alaskan Malamute when I was writing the film [Star Wars, Episode IV: A New Hope],” Lucas once shared. "A very sweet dog, she would always sit next to me when I was writing. And when I'd drive around, she'd sit in the front seat. A Malamute is a very large dog—like 130 pounds and bigger than a human being and very long-haired."

He Had rocky friendships

In a biography, George Lucas: A Life, author Brian Jay Jones, revealed Lucas’ on-again, off-again friendship with Francis Ford Coppola, Steven Spielberg and other filmmakers. The Star Wars filmmaker saw them as both pals and competition. Also, Lucas' tiffs with the studio seniors were also infamous. His seniors saw him as a "talented nuisance". Star Wars Day 2020: From A New Hope to The Rise of Skywalker, the Correct Chronological Order to Binge-Watch Major SW Movies as Per Timeline.

Star Wars Was About Vietnam War

“It was really about the Vietnam War, and that was the period where Nixon was trying to run for a [second] term, which got me to thinking historically about how do democracies get turned into dictatorships?” Lucas told the Chicago Tribune. “Because the democracies aren’t overthrown; they’re given away.”

A very happy birthday to George Lucas. We'd love to see him in the director's chair again.

(The above story first appeared on LatestLY on May 14, 2020 10:10 AM IST. For more news and updates on politics, world, sports, entertainment and lifestyle, log on to our website latestly.com).