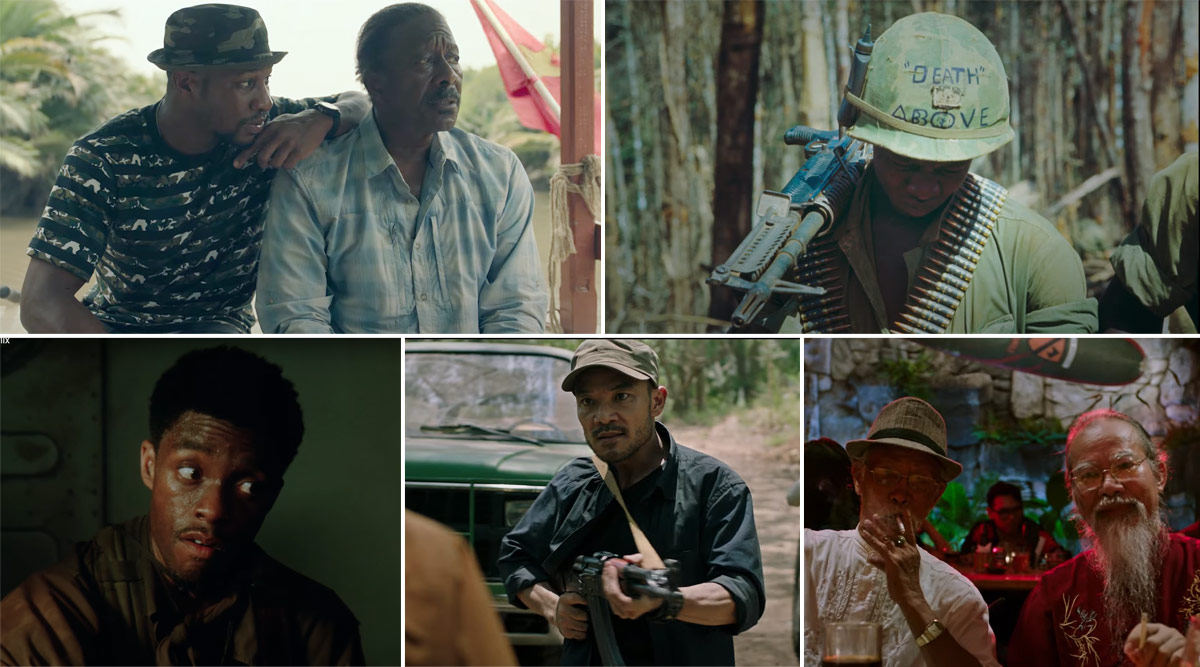 The COVID-19 pandemic has got everyone change their perspective regarding viewing entertainment content. OTT platforms are enthusiastic than never before to present before their subscribers the latest and fresh content to watch. Netflix definitely exceeds everyone! Now the popular streaming platform has dropped a new trailer which is of Da 5 Bloods. It is an American war film directed by Spike Lee. It stars Delroy Lindo, Clarke Peters, Norm Lewis, Isiah Whitlock Jr., Chadwick Boseman and Jonathan Majors in the lead. Fuller House, Yeh Meri Family, The Good Place - 6 Shows You Can Binge-watch With Your Fam Jam on Netflix.

The trailer has a retro feel to it with loads of action and powerful dialogues filled into it. The plot revolves around a Vietnam war and African American Vietnam veterans' return. They hunt for their squander leader and also a buried treasure that they knew of. The scenes look quite engaging, with the stellar cast at service! Chambers Brothers’  “Time Has Come Today” song plays in the backdrop. Check out the trailer below. After Pataal Lok, Anushka Sharma Sharma’s Clean Slate Films to Back Netflix’s Crime-Thriller Series Starring Sakshi Tanwar, Seema Pahwa.

The fans can consider this one as the next promising thing on Netflix, given to the fact that it is a Spike Lee film. For the uninitiated, Lee clinched the Oscars 2019 trophy for BlacKkKlansman. This reason is enough for the fans to click on the play button if not the engaging trailer. The film is slated to stream on June 12. How did you find the trailer? Do let us know in the comments section below.