From facing backlash for her casting of Wonder Woman in DCEU to making her detractors eat their words with her portrayal, Gal Gadot makes for a definitive Diana Prince, whether you like Wonder Woman 1984 or not. 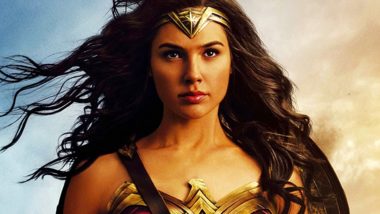 When originally casted as Wonder Woman/Diana Prince in Batman v Superman: Dawn of Justice, Gadot received an overwhelming amount of backlash from fans, with many demanding her role to be recast since she didn’t fit the warrior build of the character from comics. In 2016 when Batman v Superman: Dawn of Justice finally came out, it was criticized heavily by the critics, although Gadot as Wonder Woman was considered a standout and gone were the people who questioned her casting before. Gal Gadot Pregnant With Third Child, Flaunts Her Baby Bump in a Family Picture on Instagram!

The next year in 2017, her solo film finally came out and received critical acclaim and now Gadot as Wonder Woman is universally liked by everyone. She then went on to play the character again in Justice League and Wonder Woman 1984 with the third film being in production at the moment.  So to celebrate Gal Gadot’s 36th birthday, we are taking a look at some of her best moments as Wonder Woman:

For the majority of her life Diana lived on the island of Themyscira that was hidden from the world, but due to a great war happening in the outer world, Diana leaves the island alongside Steve Trevor to help him end the war. In this Diana finds herself in London and finally experiences the modern culture of the early 1900’s. Her fish out of water character dynamic is a joy to watch as you see this literal god experience basic things for the first time in her life.

In Zack Snyder's Justice League, when the league faces off against Steppenwolf for the first time, it's Diana who charges at him first, and it really showcases the warrior side of her. Her little skirmish with Steppenwolf is made all the more great as she fights off some parademons too at the side. The score backing this scene up is amazing as well and makes it all the more entertaining. Zack Snyder Birthday Special: From Dawn of the Dead to Justice League, Ranking All 8 Films Made by the Filmmaker Based on IMDB Rating.

In Wonder Woman 1984, Diana is tasked with making a really tough decision of recalling her wish and losing Steve so that she can regain her powers to save the world. She does end up recalling her wish and then kisses Steve one last time before bidding him farewell. The scene itself is very emotional and then you see Diana just launch herself in the air and discover that she can fly now. The scene is uplifting and inspiring and acts as a catalyst for hope. From Henry Cavill’s Man of Steel to Gal Gadot’s Wonder Woman 1984, Ranking All DCEU Movies From Worst to Best.

Her Second Coming in Batman v Superman: Dawn of Justice

Just when all hope seems to be lost and Batman is about to be obliterated by Doomsday, in comes Diana at the last moment saving him and blocking Doomsday’s heat vision along with her gauntlets. Her entrance along with the score that backs it up is just so badass and it truly kicks things in gear for the final battle of the trinity against Doomsday.

Probably the highlight of the first Wonder Woman movie, No Man’s Land is a scene that’s inspiring and chilling. Again, like with the previous scene, when all hope seems to be lost and the Germans seems to have cornered everyone, it’s Diana who finally reveals herself to the world and gives the good guys a fighting chance. The moment itself is so inspiring and amazing and the score that backs it up will give anyone goosebumps. The scene is then quickly followed by Diana having a huge fight with the Germans while the her theme score kicks in and makes the scene all the more badass than it already is.

(The above story first appeared on LatestLY on Apr 30, 2021 09:21 AM IST. For more news and updates on politics, world, sports, entertainment and lifestyle, log on to our website latestly.com).