Actor Johnny Depp will star as French king Louis XV in the next film directed by French Cesar-winning actress and director Maiwenn. 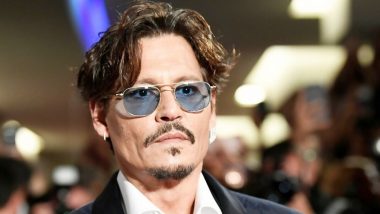 Johnny Depp will star as French king Louis XV in the next film directed by French Cesar-winning actress and director Maiwenn. The shoot will begin this summer, 'Variety' has confirmed. Filming for the movie, whose title and exact plot are being kept under wraps, will take place for three months on location across Parisian landmarks, mainly at the Versailles Palace. Paul Bettany Says It Was ‘Unpleasant’ to Publicly Reveal Texts During Johnny Depp’s Libel Case.

Maiwenn will star as Jeanne du Barry, a countess who was Louis XV's last mistress. Louis XV, who was nicknamed 'the beloved' and reigned for 59 years, the longest in the history of France after that of Louis XIV. He died, paradoxically, as an unpopular king after being accused of corruption and debauchery. Johnny vs Amber: Johnny Depp and Amber Heard’s Troubled Marriage to Be Explored in a New Docuseries by Discovery Plus.

Depp, who has been accused by his ex-wife Amber Heard of domestic violence, as a result, hasn't made a film since Andrew Levitas's 'Minamata' (2020), a film about war photographer W. Eugene Smith, notes 'Variety'. Although he has fallen from Hollywood's good graces since the accusations and his libel case against UK tabloid 'The Sun', Depp hasn't faced much backlash in Europe, 'Variety' adds.

The period movie will mark a departure for Maiwenn, whose films are all contemporary and often personal. Her film 'Mon Roi' earned its star Emmanuelle Bercot a best actress award at Cannes in 2015; earlier, her 2011 drama 'Polisse' won the Cannes jury prize.

(The above story first appeared on LatestLY on Jan 22, 2022 05:03 PM IST. For more news and updates on politics, world, sports, entertainment and lifestyle, log on to our website latestly.com).