Ever since Gigi Hadid and Zayn Malik have welcomed their baby girl, fans have been eagerly waiting to catch a glimpse of her. But here’s another sweet surprise from the yummy mommy. 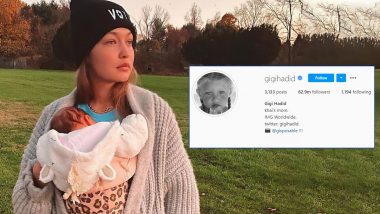 Supermodel Gigi Hadid and her beau singer Zayn Malik welcomed their first child, a baby girl in September 2020. It was in April 2020 when Gigi had confirmed that she’s pregnant and it happened during an interview on The Tonight Show Starring Jimmy Fallon. Ever since Gigi and Zayn have welcomed their baby girl, fans of ZiGi, have been eagerly waiting to catch a glimpse of her. The couple do share pictures of their munchkin, but not a clear one yet. Gigi Hadid Shares Adorable Selfie with Her Daughter For the First Time, Says 'She Burps Sunshine'.

But here’s another sweet surprise from the yummy mommy, Gigi Hadid. The supermodel updated her Instagram bio and how! She has revealed her daughter’s name by mentioning ‘Khai’s Mom’. Yes, Gigi and Zayn have named their daughter Khai and its beautiful! Check it out right away if you haven’t seen it yet. Yolanda Hadid Babysits Daughter Gigi Hadid's Newborn Baby. 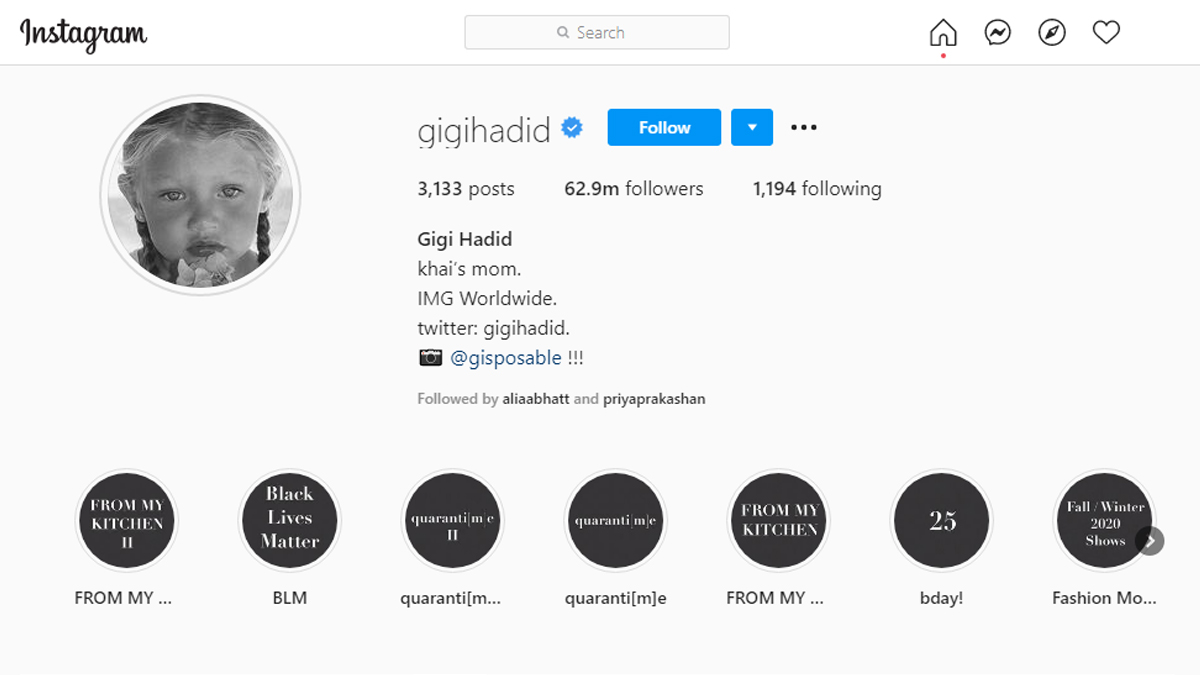 Talking about the new phase that Zayn Malik and Gigi Hadid are going through, a source had earlier told US Weekly, “Gigi and Zayn are loving parenthood and can’t get enough of their little girl. Things are going really swimmingly between them and they’re both so happy. Gigi is so excited to be a new mom and has been appreciating every moment.” We just can’t wait to see Khai’s picture!

(The above story first appeared on LatestLY on Jan 22, 2021 09:39 AM IST. For more news and updates on politics, world, sports, entertainment and lifestyle, log on to our website latestly.com).