Korean Filmmaker Kim Ki-duk Passes Away at 59, Died Due to COVID-19 Complications

Kin was supposedly in Lativa to buy property there. It is being reported that the filmmaker was looking to buy an estate in the Baltic country in order to get a residency authorisation. He had landed in Lativa on November 20. 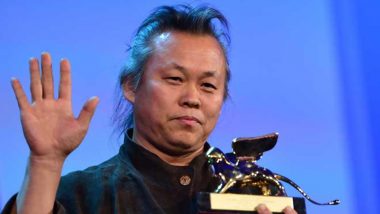 Another talented artist leaves us today as Korean filmmaker Kim Ki-duk passed away after battling from Covid-19. The filmmaker who is best known for his films such as Spring, Summer, Fall, Winter... and Spring, Moebius, Pieta, 3-Iron and Amen among others, died of several health complications in Latvia on Friday. He was 59 and it is truly a great loss for the Korean cinema. The Korean filmmaker reportedly passed away at a hospital at 1:20 past midnight on Friday. Parasite: Bong Joon Ho's South Korean Film Bags Major Honours at Oscars 2020, Here are 5 Interesting Facts About It.

Kim was supposedly in Lativa to buy property there. It is being reported that the filmmaker was looking to buy an estate in the Baltic country in order to get a residency authorisation. He had landed in the country on November 20 and was looking for properties in the posh vicinity in Jurmala, the country's seaside resort near Riga. As per reports, the director's interpreter Daria Krutova also confirmed the filmmaker's death with the media.

Latvian news website Delfi reported, “According to unofficial information, the world-famous director was planning to purchase a house in Jurmala and obtain a residence permit, but the director did not appear at the scheduled meeting. ” Leading South Korean newspaper Korea Herald confirmed the news saying that Kim Ki-Duk's family confirmed to multiple Korean media that the news was correct and that they had received a call on the day about it. After Ode to My Father's Hindi Adaptation Bharat, These Korean Films Could Be the Perfect Choice For Bollywood Remakes.

(The above story first appeared on LatestLY on Dec 11, 2020 07:08 PM IST. For more news and updates on politics, world, sports, entertainment and lifestyle, log on to our website latestly.com).