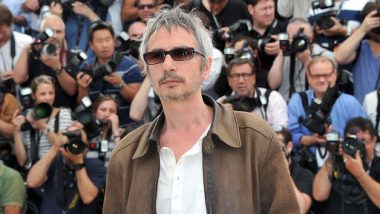 Amazon will release the film in the US. Tracing the rise and fall of two star-crossed Hollywood lovers and the exceptional destiny of their daughter, "Annette" will bring together the rock band Sparks, which is composing original songs, and celebrated music producer Marius de Vries, who is known for his work on "La La Land", "Moulin Rouge" and "Cats". Amazon's One-Day Prime Delivery Commenced Despite Criticism : Work Pressure Complaints From Warehouse Employees

Over the course of his 30-year career, Carax has garnered just a few directing credits, though his films have won attention for their artistic flair, including "Boy Meets Girl" "Mauvais Sang," "Les Amants du Pont Neuf" and "Holy Motors". A passion project for Carax, "Annette" was first announced in 2016 with another French producer but failed to get off the ground as the financing was not in place.

(The above story first appeared on LatestLY on May 15, 2019 04:37 PM IST. For more news and updates on politics, world, sports, entertainment and lifestyle, log on to our website latestly.com).