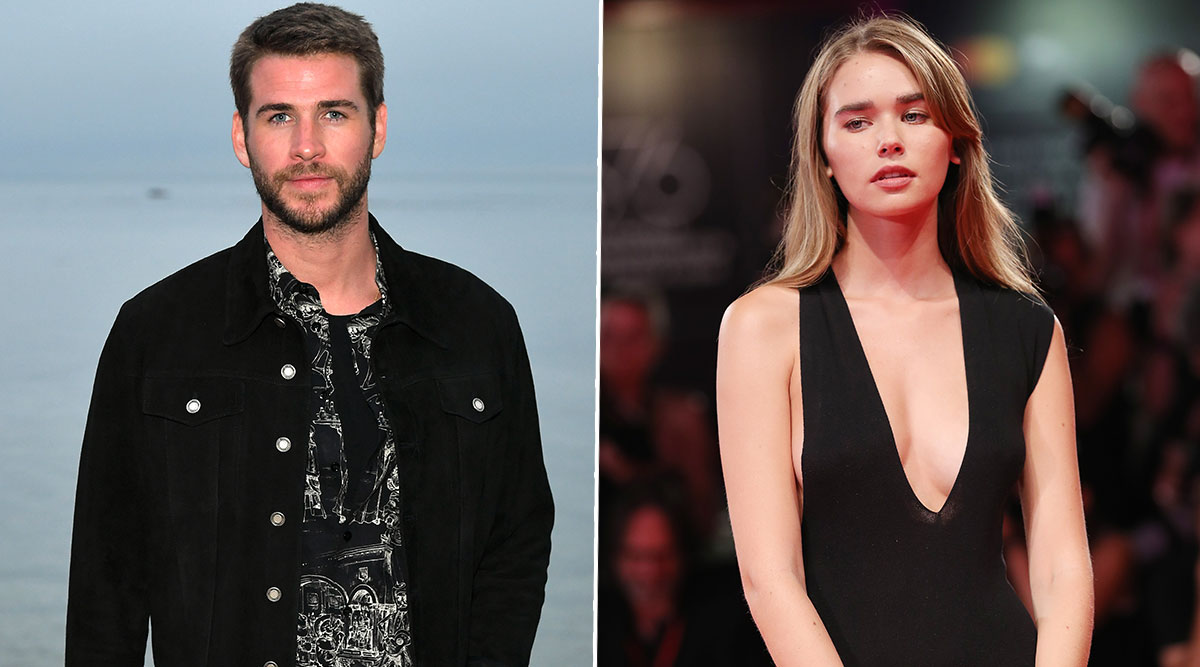 After his divorce settlement with singer-actress Miley Cyrus, actor Liam Hemsworth has moved on, and confirmed his romance with model Gabriella Brooks. Liam, 30, was spotted kissing the Australian model, 23, on the beach in Byron Bay in Australia earlier this month. The photographs of the intimate moment were published by New Idea magazine, reports dailymail.co.uk. After spending New Year's Eve together, Liam and Gabriella were photographed together as they kissed and cuddled at the beach, and soaked up the sunshine together. Miley Cyrus, Liam Hemsworth Reach Divorce Settlement.

Liam had also introduced Gabriella to his parents, Craig and Leonie, in Byron Bay over a family lunch in December. According to a source to US Weekly, Gabriella is popular with Liam's family. "Liam feels comfortable with Gabriella. His family approves of her and really likes her, which is very important to him," said the source. It is unclear how Liam and Gabriella met, and when did they start dating. The Hunger Games actor filed for divorce in August 2019 after less than a year of marriage. Liam cited "irreconcilable differences" as the reason for the split. They reached divorce settlement in December. Liam Hemsworth is ‘Happy to Be Moving On’ With Gabriella Brooks After Miley Cyrus Split.

Liam Hemsworth confirms Romance with Model Gabriella Brooks as they kiss on the Beach Australian actor, Liam Hemsworth has confirmed his romance with model Gabriella Brooks. In new photos published by New Idea, the 30-year-old actor was spotted kissing the Australian model, 23, as they packed on the PDA at the beach in Byron Bay earlier this month. This comes after Liam introduced Gabriella to his parents, Craig and Leonie, in Byron Bay during a family lunch in mid-December. The pair also spent the New Year's Eve together, and they couldn't keep their hands off each other as they cuddled up on the sand. A source recently told US Weekly that Gabriella is popular with the Hemsworths. 'Liam feels comfortable with Gabriella. His family approves of her and really likes her, which is very important to him,' the insider claimed. … . Link in Bio #lucipost #liamhemsworth #gabriellabrooks #gossip #celebrities #celebrity

"It's a relief for both of them that they can move on legally from one another and fully put this behind them," a source had told eonline.com. "It was not a complicated divorce because of their pre-nup and it was all handled by attorneys. Their earnings were kept separate while they were married and that was helpful. They are both very much ready to move on and untangle whatever affairs were left to figure out. They are happy to close this chapter of their lives," added the source.