Nick Jonas' 'Midway' to Release in India in November 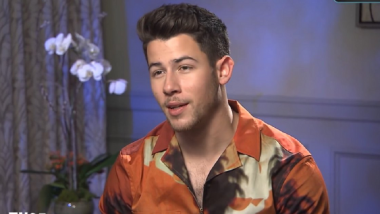 New Delhi, June 29: Nick Jonas-starrer "Midway" will release in India on November 8. The film from the director of "Independence Day" and "The Patriot" Roland Emmerich, captures the true essence of leadership and triumph through the daunting tale of the Battle of Midway. PVR Pictures will release the film in India, read a statement. Priyanka Chopra and Nick Jonas Steal A Moment To Lock Lips in the Middle Of Their Yacht Party - View Pic.

"Midway" is a war drama about the US soldiers and pilots who changed the course of World War II during the Battle of Midway in June 1942.

(The above story first appeared on LatestLY on Jun 29, 2019 10:09 PM IST. For more news and updates on politics, world, sports, entertainment and lifestyle, log on to our website latestly.com).