Not Emma Watson But 'Fighting With My Family' Star Florence Pugh to Star in Scarlett Johansson's Black Widow Movie? 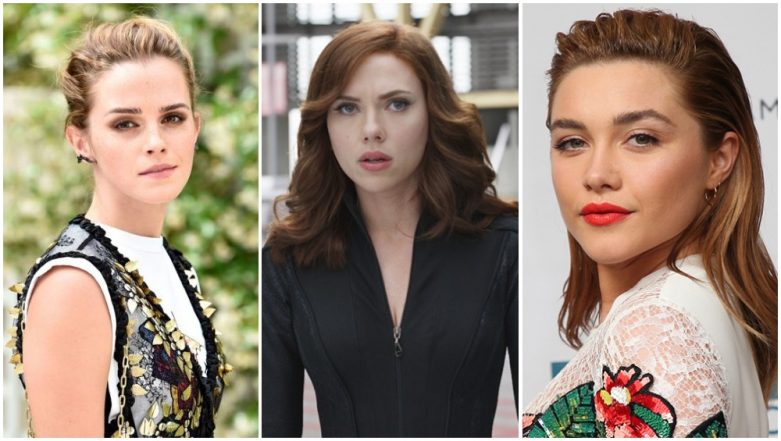 Scarlett Johansson's standalone Black Widow movie will go on floors in June but the casting is still underway. Recently there were reports about Emma Watson being in talks to play the second lead in the movie, however, the latest development suggests that 'Fighting With My Family' star,  Florence Pugh may be roped in for same. According to reports in Variety, she's in talks to star in Marvel's next offering and while details about her role aren't out yet, her role is described as the second lead. She has previously starred in movies like Outlaw King and The Commuter. However, the positive reviews that she bagged for Fighting With My Family impressed Marvel studios the most. Has Riverdale Star Camila Mendes Bagged A Role In Scarlett Johansson's Black Widow Film?

Apart from Emma Watson and Florence Pugh, other names like Alice Englert and Dar Zuzovsky were also considered for the same role. However, the report in Variety suggests it was Pugh's strong performance in 2012 release that earner her some extra brownie points. The movie that's being helmed by  Cate Shortland will be a prequel of some sorts, giving us an insight about Black Widow's journey. 'Black Widow' Film Won't Be R-rated: Marvel Head Kevin Feige.

After the success of Gal Gadot's Wonder Woman, Marvel became curious to come up with its own female superhero movie and consequently Black Widow's standalone movie was announced in January 2018. Let's hope Pugh indeed comes on board for this movie, though we are still rooting for Watson.