Once Upon a Time in Hollywood: Leonardo DiCaprio, Brad Pitt, Margot Robbie, Al Pacino – Who Is Playing Who in Quentin Tarantino’s Film! 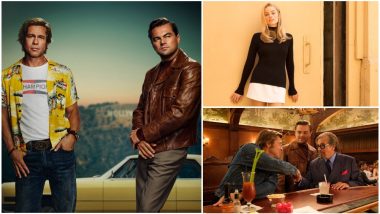 Once Upon a Time in Hollywood: Leonardo DiCaprio, Brad Pitt, Margot Robbie, Al Pacino – Who Is Playing Who in Quentin Tarantino’s Film! (Photo Credits: Twitter)

For the first time ever, Hollywood heartthrobs Leonardo DiCaprio and Brad Pitt are coming together for a movie. The director who is making this happen is the acclaimed film-maker, Quentin Tarantino, with his upcoming movie Once Upon A Time in Hollywood. The makers had recently shared the first poster of the film, featuring both DiCaprio and Pitt, which has sent Twitter in a tizzy. The film is based on the Manson cult murders in the '70s and features an ensemble cast with some exciting actors. Quentin Tarantino 'Once Upon a Time in Hollywood' Poster: Leonardo DiCaprio and Brad Pitt Sharing The Same Frame Sends The Internet Into a Tizzy!

So apart from DiCaprio and Pitt, Tarantino's film also stars Al Pacino, Margot Robbie, Emile Hirsch, Damian Lewis, Bruce Dern, Dakota Fanning, Lena Dunham, Mike Moh, Scoot McNairy and many other popular names. Some of them are playing fictional characters while some are playing real-life personalities. Once Upon A Time in Hollywood revolves around the infamous murder of Sharon Tate, the wife of director Roman Polanski, and her friends by the cult members of notorious Charles Manson.

So like us, if you are really curious about the film, then let's find out what some of your favourite actors are playing in the film. 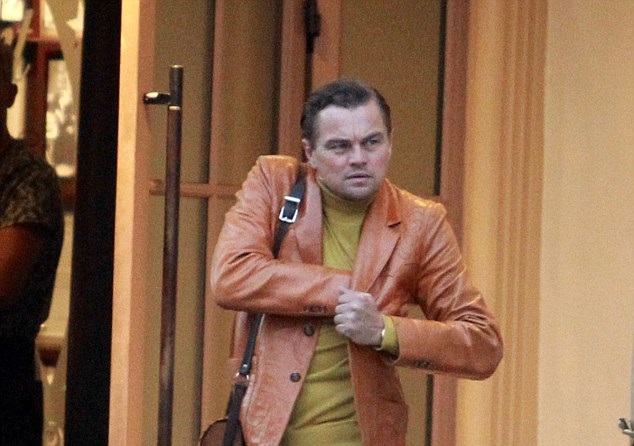 Leonardo DiCaprio in Once Upon a Time in Hollywood (Photo Credits: Twitter)

The Titanic and Inception star is playing the fictional lead of Rick Dalton, a star of a TV series Bounty Law who is struggling to make it to the movies. He is also the neighbour of Sharon Tate. This is Leo's first movie ever since he won the Oscar for Best Actor (The Revenant) a couple of years back. 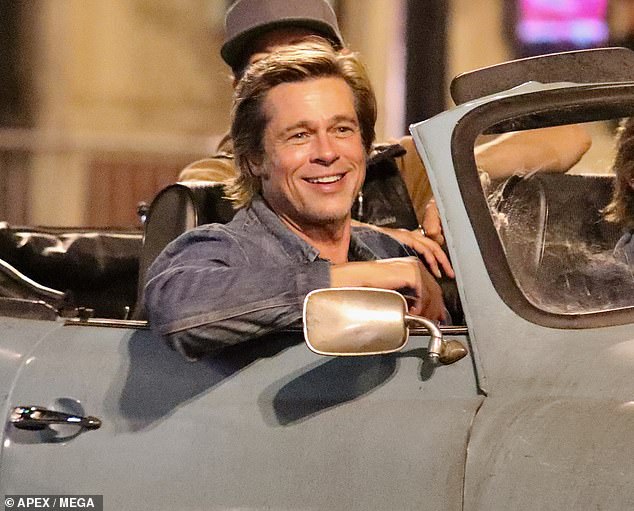 Brad Pitt in Once Upon a Time in Hollywood (Photo Credits: Captioned) 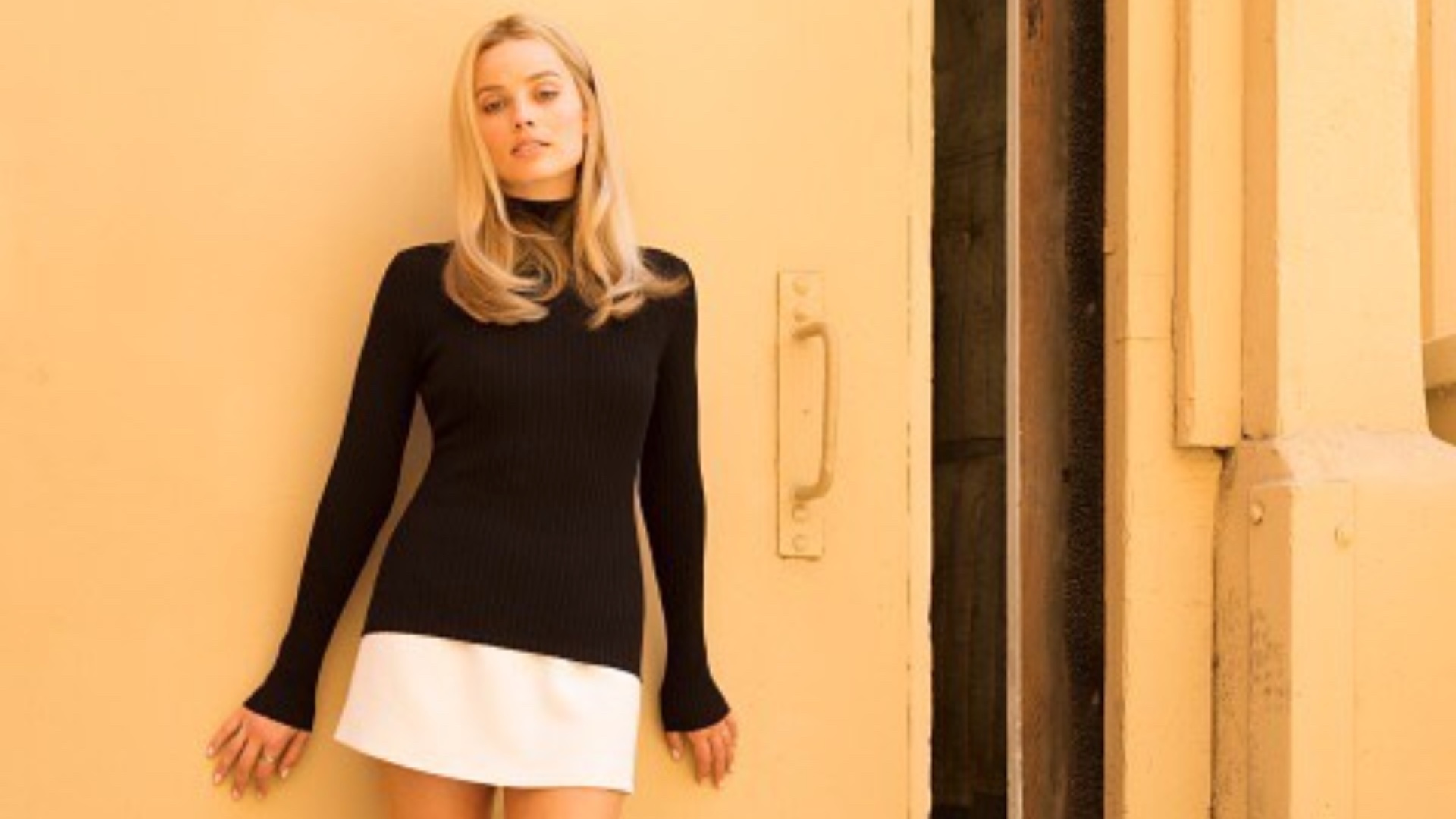 Margot Robbie in Once Upon a Time in Hollywood (Photo Credits: Vanity)

The Suicide Squad star plays actress Sharon Tate, the deceased wife of Roman Polanski (played by actor Rafał Zawierucha). Tate was pregnant when she was murdered in cold blood by the Manson family. Robbie reunites with Leo after her breakout movie in The Wolf of Wall Street. 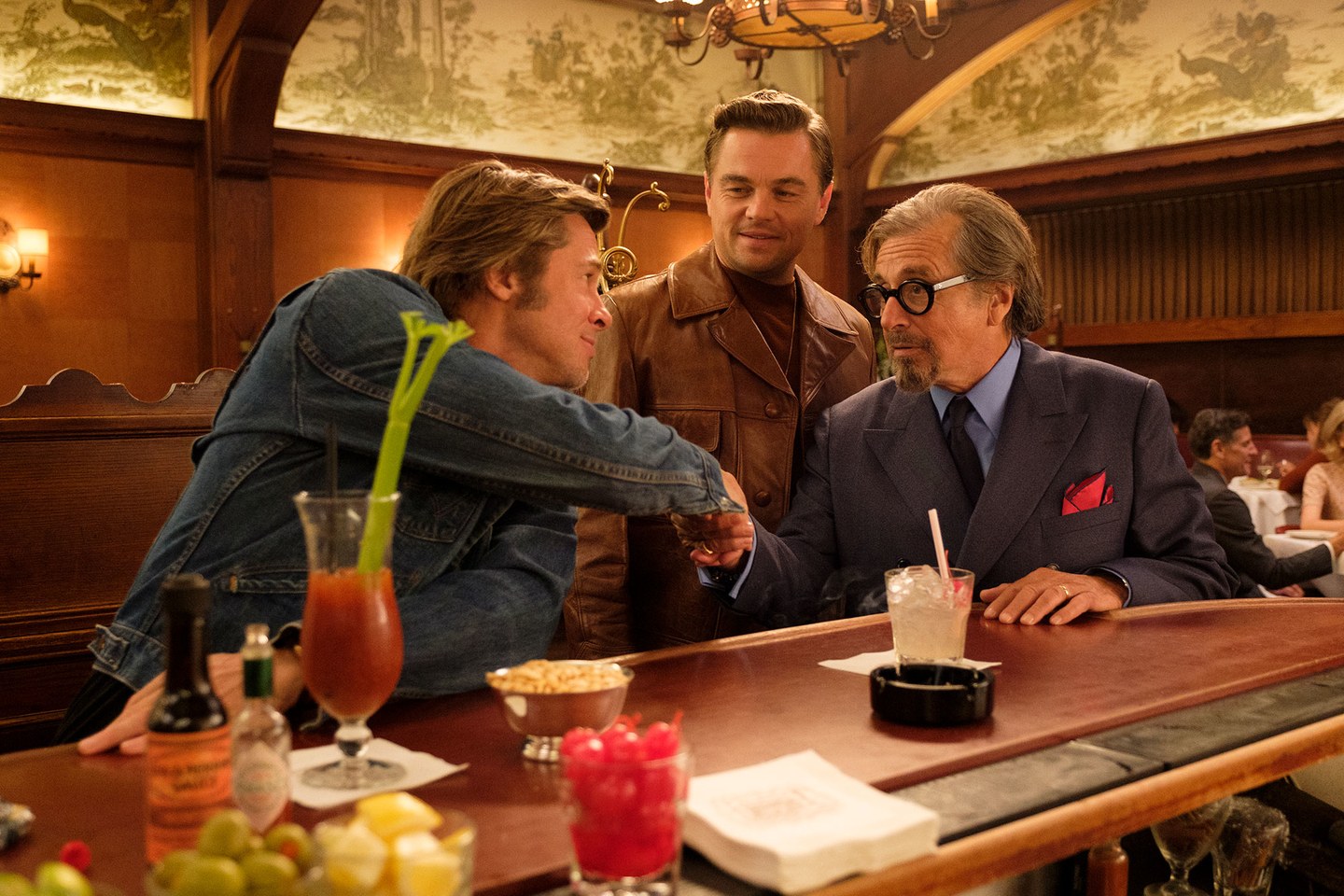 Al Pacino with Brad Pitt and Leonardo Di Caprio in Once Upon a Time in Hollywood (Photo Credits: Vanity)

The Hollywood legend plays Marvin Schwartz, the Hollywood agent who represents many clients including Dalton.

Damon Herriman plays Charles Manson, the infamous leader of the cult Manson Family. He served a life sentence for the murders of Tate and her friends. 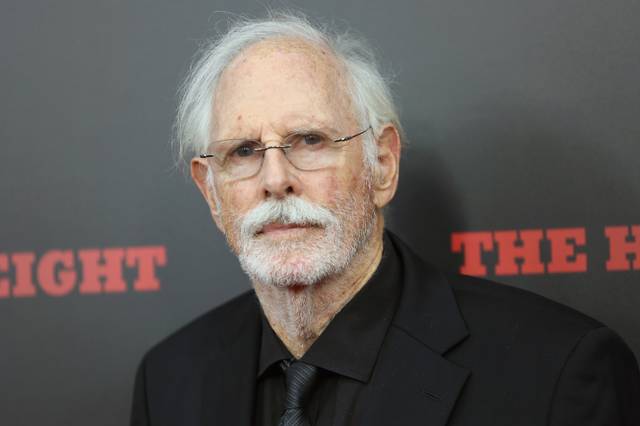 The veteran actor plays George Spahn, a nearly blind owner of a ranch who allows Manson family to stay in his premises in exchange of sexual favours. Earlier Burt Reynolds was cast in the role before his untimely demise last year. Dern has worked with Tarantino in The Hateful Eight. 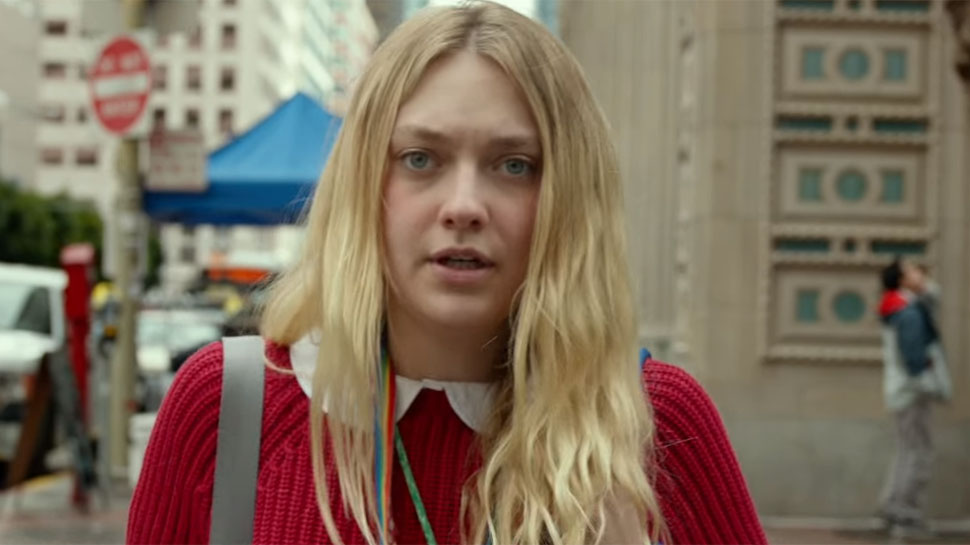 Dakota Fanning (Photo Credits: Still from Please Stand By Me)

The Twilight star plays Lynette "Squeaky" Fromme, a member of the Manson Family. 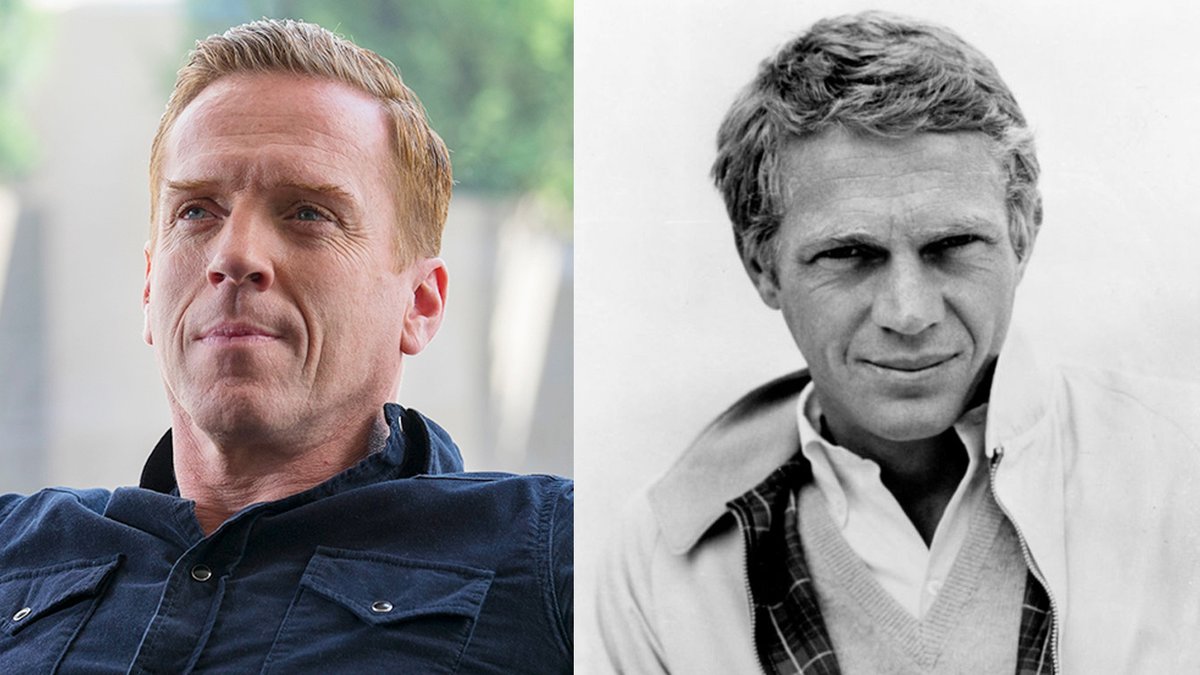 The Homeland star plays Hollywood legend the late Steve McQueen. McQueen could have also been a victim of the Manson murders, had he turned up for the part thrown by Sharon Tate. 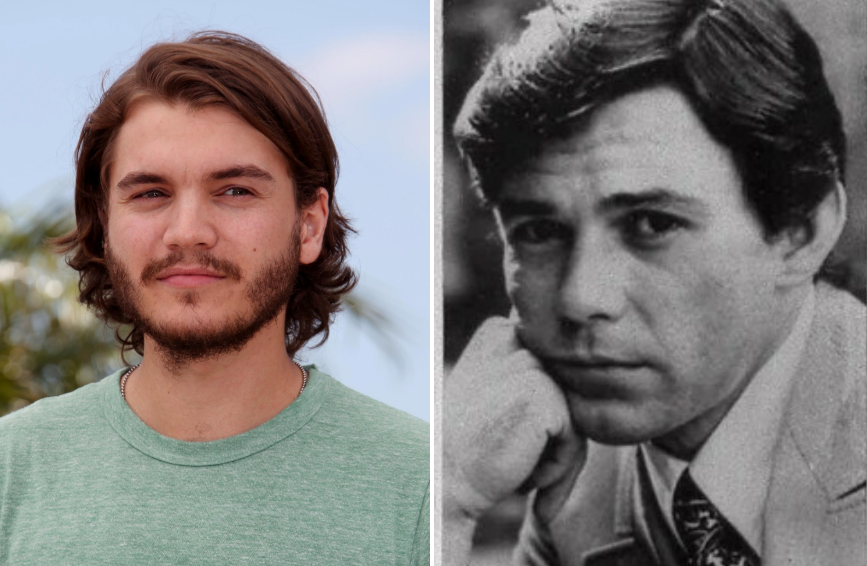 Hirsch, known for being the lead in The Girl Next Door and Into The Wild, plays Hollywood hairstylist, Jay Sebring. He was also murdered along with Tate. 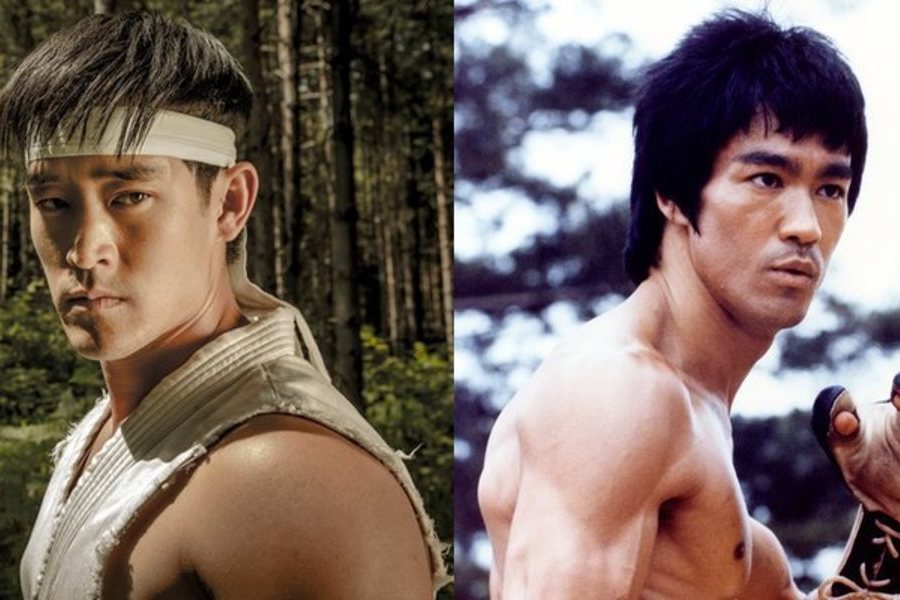 The Asian star plays the famous martial arts legend, the late Bruce Lee in the film. 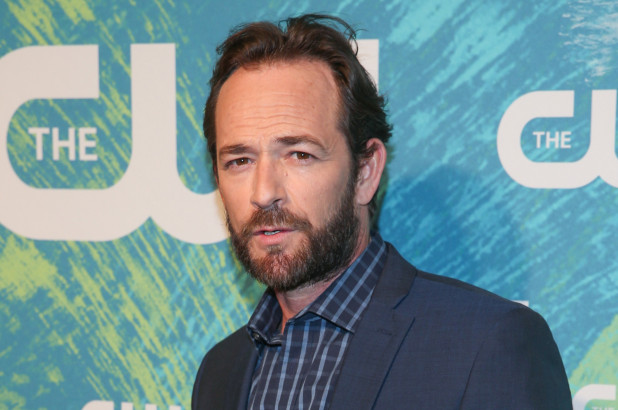 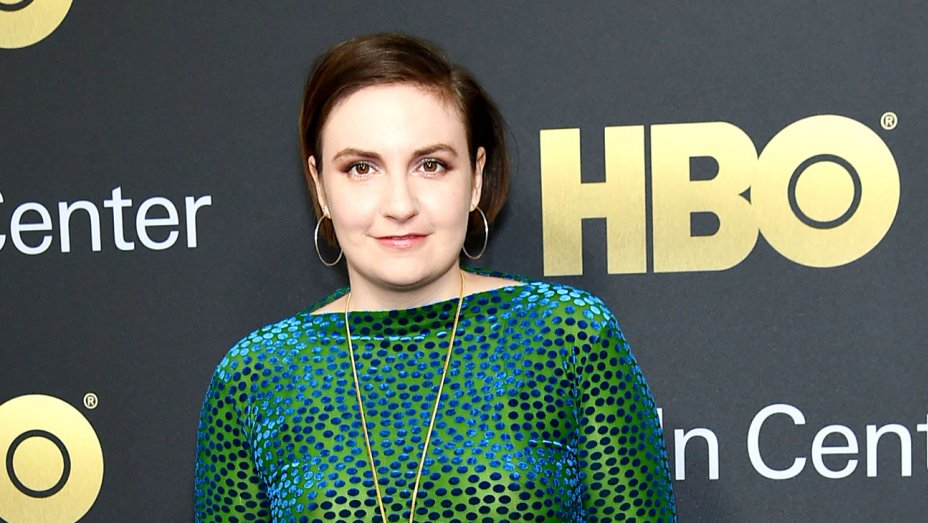 The Girls star plays Catherine Share, a member of the Manson Family. She was believed to be not involved in the Tate murders.

Apart from these stars, Once Upon A Time in Hollywood also has Tim Roth, Michael Madsen, Kurt Russell, Timothy Olyphant, and James Marsden in unspecified roles.  The movie is all set to release on July 26, 2019.

(The above story first appeared on LatestLY on Mar 19, 2019 05:12 PM IST. For more news and updates on politics, world, sports, entertainment and lifestyle, log on to our website latestly.com).