From Seth McFarlane singing the cringe-y “We saw your boobs!” to Angelina Jolie French kissing brother James Haven, we bring to you a list of some of the most ignominious scandals from the Oscars right before the 93rd Academy Awards. 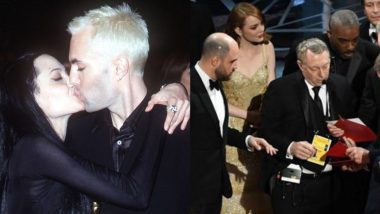 It's Oscars 2021 weekend! The 93rd Academy Awards will take place on April 25 in the US. However, due to the pandemic, the ceremony has been delayed this year. But before the big night, we would like you to go back in time and taste some scandals straight from the Oscars. Well, the award ceremony is a hallowed ground for those in show business. But that doesn’t mean it is free of scandals. Ever since its inception in 1929, the Oscars have been mired in various controversies. Oscars 2021: Nomadland, MANK or Minari – Predicting the Winner in Every Major Category of the 93rd Academy Awards!

There have been moments that made us blush and wish someone changed the channel to put us off our misery. There have also been tongue-in-cheek moments aplenty from A-listers that made us facepalm very hard. So if you thought Kevin Hart’s homophobic rant was outrageous, you don’t know half the story. From Seth McFarlane singing the cringe-y “We saw your boobs!” to Angelina Jolie French kissing brother James Haven, we bring to you a list of some of the most ignominious scandals from the Oscars right before the 91st Academy Awards. Oscars 2021: Times When Priyanka Chopra Sashayed on the Red Carpet of the Academy Awards and Stole Hearts!

When a White Actress Kissed a Black Actor

In 1964, actress Ann Bancroft who was presenting the award for the best actor shocked a section of the conservative audience when she laid one on Sidney Poitier’s cheek. At that time, it was not normal for a white woman like Ann to kiss an African American like Sidney in public. Needless to say, it caused a huge uproar.

Acting great Marlon Brando’s most memorable and well-known role is that of Don Vito Corleone from The Godfather, for which he won an Oscar in 1973. But instead of attending the Academy Awards and collecting the statuette, Brando chose the occasion to send a social message. He sent a Native American representative Sacheen Littlefeather to collect the golden statuette on his behalf. She used the opportunity to speak about the treatment of Native Americans in Hollywood.

When a Naked Photographer Streaked Across the Stage

1974 was the year when streaking (or running across a public place naked) started emerging as a form of protest. And some chose important events such as award functions and games to streak. Actor David Niven was presenting the awards at the 1974 Oscars when photographer Robert Opal streaked across the stage, flashing a peace sign. But instead of letting the streaker get away with stealing his thunder, Niven remarked: “That was almost bound to happen. But isn’t it fascinating to think probably the only laugh that man will ever get in his life is stripping off and showing his shortcomings?” Oscars 2021 Live Streaming, Date & Time: Here’s When and Where to Watch the 93rd Academy Awards Online.

When Richard Gere Called out China

The Oscars stage is also used by politically and socially conscious actors to make statements. But in 1993, it caused actor Richard Gere to be banned from the Oscars permanently or at least for a while. The Pretty Woman actor used the podium to talk about the mistreatment of Tibetans by the Chinese. A Buddhist and a Dalai Lama follower, Gere ruffled a lot of feathers in Hollywood with his criticism of China since the country was a huge market for audience and investments.

When Angelina Jolie Made Out with her Brother

Long before she became the matriarch of the Jolie-Pitt brood, Angelina Jolie had somewhat of a reputation for being outlandish and rebellious back in the early 2000s. She made every confirm what they already believed about her when she French kissed her brother James Haven at the 2000 Academy Awards. Before shocked spectators could fathom what was happening, she went on to famously declare, “I’m so in love with my brother right now!” during her acceptance speech after she won an Oscar for Girl Interrupted. 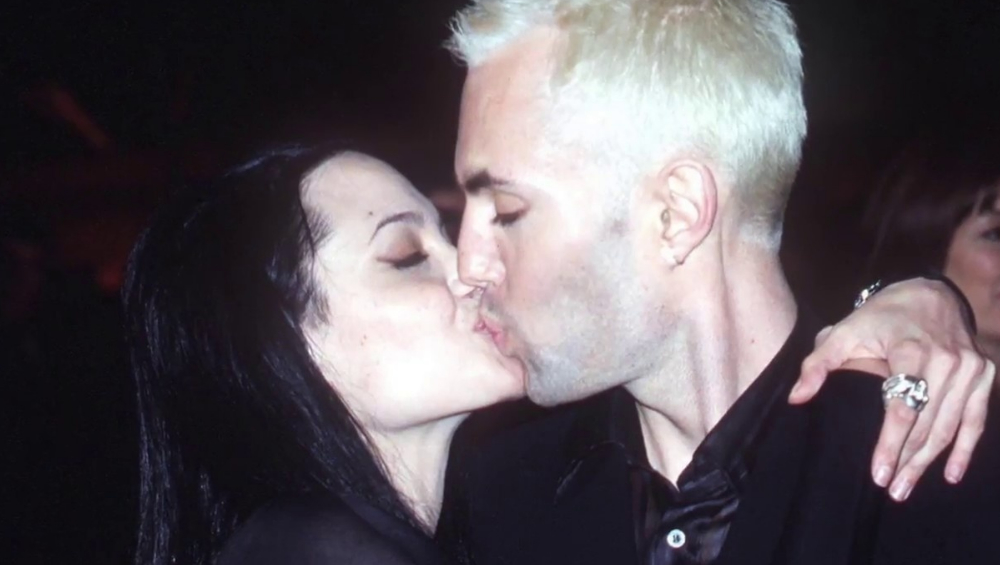 2003 was a great year for Adrian Brody since he won the Best Actor award at the Oscars for his role in The Pianist. But he upstaged his own Oscar win with another one of his antics – he took presenter actress Halle Berry by surprise and kissed her on stage. He swept her up in his arms and French kissed her in front a bewildered audience. Although his behaviour wasn’t called out back then, it’s easy to imagine the kind of uproar it could create today.

When Seth McFarlane Sang ‘We Saw Your Boobs’

Family Guy creator Seth McFarlane is known to be irreverent. But addressing actress for their nude scenes at a prestigious event like the Oscars is outrageous, even by McFarlane’s standards. Brilliant actresses like Meryl Streep, Naomi Watts, Halle Berry, Angelina Jolie and Anne Hathaway had the misfortune of being featured in McFarlane’s song “We Saw Your Boobs,” which listed the women who had performed top frontal nudity in their movies. But fortunately for McFarlane, he was only called out for his misogyny. The real crime, as far as the song is concerned, is that it is unimaginative and unfunny.

When the Wrong Movie was Announced

Imagine the horror when Faye Dunaway and Warren Beatty (for no fault of theirs) pulled a Steve Harvey at the 2017 Oscars. La La Land was taking away all the accolades that year no one suspected anything when the two announced the Emma Stone-Ryan Gosling musical as the best picture that year. Except that it wasn’t the Academy’s choice for best picture; Moonlight was. A mix-up was caused by the PricewaterhouseCoopers team who handled the Oscars’ ballots. The heart-breaking part is that the entire team of La La Land were already up on stage to accept the awards and had to step down.

Even the prestigious Oscars is not immune from a few stray scandals here and there. Oscars 2021 is just a few hours away and the excitement is palpable. So, hope you are ready for the most prestigious awards ever. Stay tuned!

(The above story first appeared on LatestLY on Apr 25, 2021 08:02 PM IST. For more news and updates on politics, world, sports, entertainment and lifestyle, log on to our website latestly.com).