Amid all this high voltage social media drama, Justin has kept his cool and chose not to comment at all. On the other hand, Gomez also released another song titled as 'Look at Her Now.' 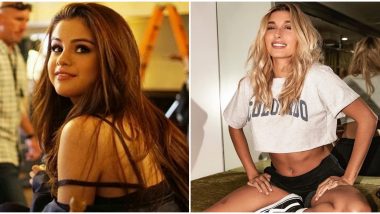 Selena Gomez recently released the her first solo song of 2019 titled as Lose You To Love Me. The song is getting praises and love from the fans but that's not the only reason why it is in the news. It happened so, that her ex boyfriend Justin Bieber's wife posted a rather cryptic Instagram story after this break up song was released. She posted about listening to a song named 'I'll Kill You' and the fans lost it. They trolled Hailey for throwing shade at Selena. Now, Selena finally has to say something on the whole scenario. Hailey Baldwin Gets Trolled as She Posted 'I'll Kill You' On Instagram Right After Selena Gomez Released 'Lose You To Love Me' Song.

The singer kept a rather diplomatic stand and asked her fans to calm down and stop pulling women down, in her Instagram story. She said, "I am so grateful for the response of the song. However, I will never stand for women tearing other women down. So please be kind to everyone. Please be kind, I don't like seeing people being disrespectful or rude to other people, so please don't do that."

Hailey too was not much pleased with the overwhelming criticism she received in just few hours. She replied to Just Jared's story in a rather irritated way saying, "Please stop with this nonsense… there is no ‘response. This is complete BS."

Amid all this high voltage social media drama, Justin has kept his cool and chose not to comment at all. On the other hand, Gomez also released another song titled as 'Look at Her Now.' Obviously, Twitterati was in awe of this sexy and peppy number as well!

(The above story first appeared on LatestLY on Oct 24, 2019 03:43 PM IST. For more news and updates on politics, world, sports, entertainment and lifestyle, log on to our website latestly.com).

Comments
Tags:
Hailey Baldwin Justin Bieber Look at her Now Song Lose You To Love Me Selena Gomez
Comments
You might also like