Selena Gomez Recalls Her On-Camera Kiss With Dylan Sprouse, Says 'It Was One of the Worst Day'

American singer Selena Gomez, who appeared in a show, 'The Kelly Clarkson Show', recently talked about her worst kiss during the shoot of an episode, 'A Midsummer's Nightmare' with Dylan Sprouse of a show titled, 'The Suite Life of Zack & Cody'. 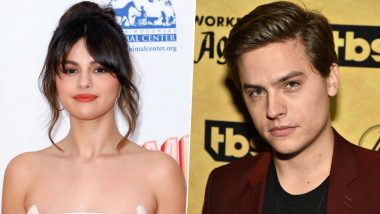 But when I appeared for an episode for a guest role Gwen, and however, instead of kissing Cole, smooched Dylan."Sharing her first kiss on-camera experience, she said, "It was one of the worst days of her life." The Suite Life of Zack & Cody was a Disney show which came in 2006.Soon after her revelation in the public, Comments By Celeb Instagram handle shared the same.Cole was quick to share his reaction. Jamie Lee Recalls Being Saved From Drowning by Kirk Douglas.

He commented, "I can safely say I've never had a girl say this about me."Earlier in January, Gomez released her latest album, 'Rare'.