Sylvester Stallone has no plans of continuing his role as a boxing coach to Michael Jordan's Adonis. The actor in his recent QnA session on Instagram revealed that he won't return in Creed III. 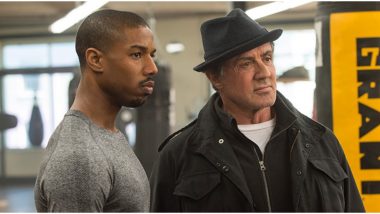 Sylvester Stallone is probably done with Michael B Jordan's Creed franchise and has no plans of continuing his role of a coach. The actor in his recent QnA session on Instagram did drop a confirmation of some sorts that he will no longer be associated with Creed though he'd always be eager for Rocky sequels. The last instalment in Creed franchise was 2018 release Creed II that ended with Rocky telling Adonis that this is “his time.” While fans then wondered if Stallone was dropping hints about his exit, the star eventually confirmed the same. Donald Trump Shares Bizarre Photo of His Head Photoshopped With Sylvester Stallone's Body From Rocky III Poster, Twitter Erupts in Laughter!

During his QnA session when the actor was asked if audiences have seen last of Rocky, he said, "Well, I believe in the film Creed, that’s possible, yes. But I never say no to [to a Rocky sequel], because I have a couple of ideas but I am not so sure because they don't really involve the ring as much as they should and I am not so confident that it will be exciting enough for the audience. But who knows?"

Later when a fan requested not to kill Rocky in Creed at least, the actor assured him saying, "Maybe a standalone Rocky movie but no more Creed." What he essentially meant was that fans can expect Rocky to bid adieu in his solo outing but never in Creed as the actor won't be a part of that franchise anymore. Sad but that's his decision to take. Sylvester Stallone Spotted Wearing Latex Gloves While Shopping as a Precaution to Coronavirus Outbreak.

Check Out his Conversation with a Fan on Instagram 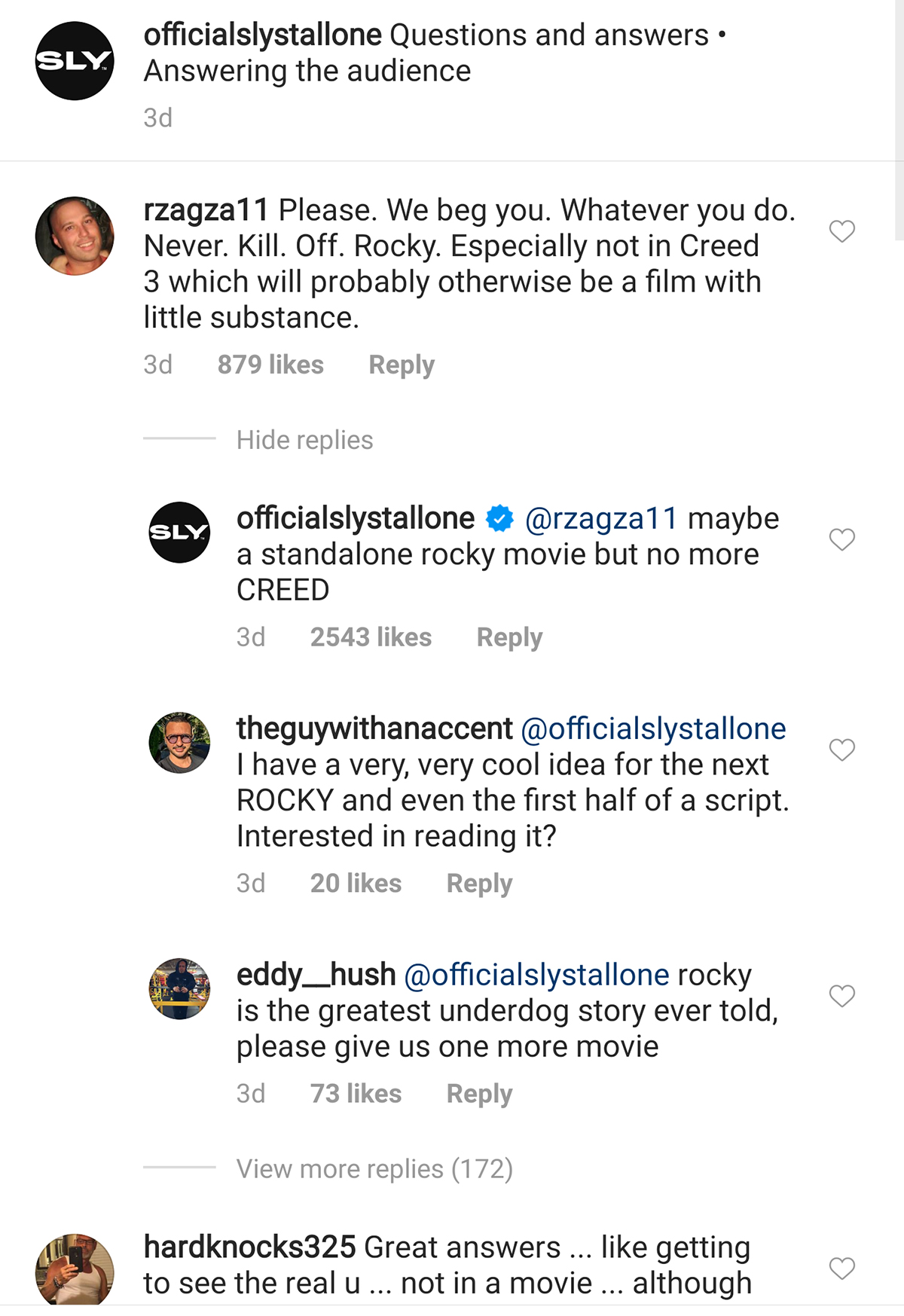 In his earlier interactions, the actor had even pitched one of his ideas on how he starts training an angry young man who gets deported. "Rocky meets a young, angry person who got stuck in this country when he comes to see his sister. He takes him into his life, and unbelievable adventures begin, and they wind up south of the border. It's very, very timely," he had said. So let's see if the actor is able to convince the producers to back his sequel and allow him to reprise his role as Rocky once again.

(The above story first appeared on LatestLY on May 07, 2020 10:20 AM IST. For more news and updates on politics, world, sports, entertainment and lifestyle, log on to our website latestly.com).