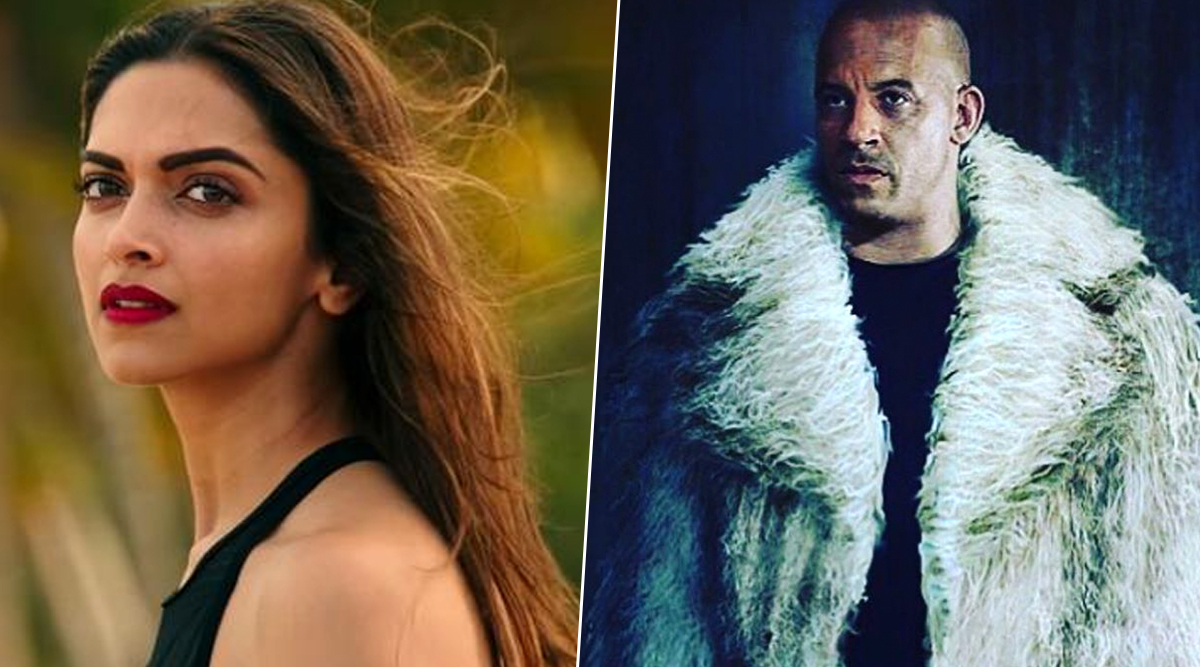 Vin Diesel is very much happy and grateful about being a part of the fourt installment of Xander Cage franchise. The actor has been posting nostalgic posts about the roles that he played as the year ends. He recently posted a picture where he talked about a meeting to take forward the franchise. In this post, he hashtagged Deepika Padukone, who was a part of xXx: Return of Xander Cage and confirmed her presence here. So, yes, it might be safe to assume that DP is indeed the part of Xander Cage 4. Chhapaak: English Activist and Acid Attack Survivor Katie Piper Can’t Stop Praising the Trailer of Deepika Padukone Film(Read Tweet).

In the post that she shared, he wrote, "Appreciate the creativity...How ironic that I had a Xander Cage meeting. Each Franchise has their respective beautiful Family. Blessed.#RubyRose #ninadobrev #deepikapadukone #Liveforthis #XanderCage4." Well, even though the Bollywood beauty has been mum about her Hollywood outings further, this post is enough for her fans to speculate what it is! Check out the pic and the caption below.

Appreciate the creativity... How ironic that I had a Xander Cage meeting. Each Franchise has their respective beautiful Family. Blessed. #RubyRose #ninadobrev #deepikapadukone #Liveforthis #XanderCage4

On the other hand, there were reports that Deepika was looking out for the Hollywood projects for the near future. She was apparently in talks with the biggies in the industry to make a perfect comeback there. Now that this news is out, we wonder whether this is the only outing that she is focused on or there are a few more Hollywood projects in her store.

On the Bollywood front, Deepika has impressed the fans with the trailer of the upcoming film, Chhapaak. She plays an acid attack survivor 'Malti' in the film that is based on the life of real-life acid attack survivor, Laxmi Aggarwal. The film will hit the screens on January 10.