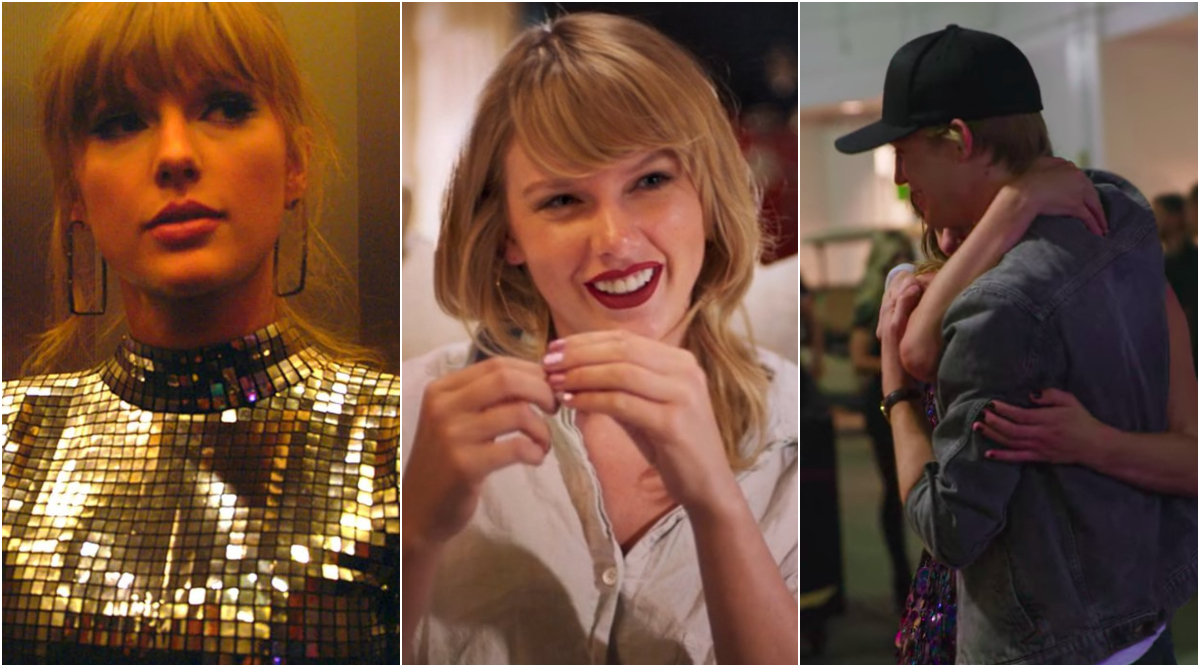 Taylor Swift is without a doubt one of the biggest American musicians to have tasted success from such a young age. The singer hasn't always had it easy what with her love-hate relationship with the media, her VMAs controversy, her social blackout phase and her resurrection after that. The singer recently released her documentary titled Miss Americana, which premiered at Sundance Festival 2020 and is now streaming on Netflix. The film, directed by Lana Wilson takes us through Taylor's successful career and dissects the professional and personal challenges that she faced as someone who was under the limelight since her young days. Her transformation from being the "innocent, good girl" to her conscious transformation and also her move from being an out and out country musician to a pop icon. Justin Bieber and Taylor Swift Had a Mini Gym Drama After He was Asked to Vacate the Room For the ‘Love Story’ Singer.

The documentary also consists of some adorable home videos featuring Swift's early days as a singer, back from she was a mere 12-year-old girl. We meet her mother Andrea Swift, the big supportive force behind her and also a few close friends and only a tiny glimpse of her boyfriend Joe Allwyn. What the documentary does bring forward though is that the view from the top is quite a "lonely" one for Taylor who at one point even mentions "Shouldn't I have someone to call?"

With a good mix of scenes involving her songwriting sessions to an anxiety-filled wait for the Grammy nominations in 2018, the documentary does a fair job of giving us an insight into what it's like being Taylor Swift.If you can't decide if you want to watch Miss Americana or not, we give you some of the most powerful moments from the documentary that may help you give an idea what to expect from this one! 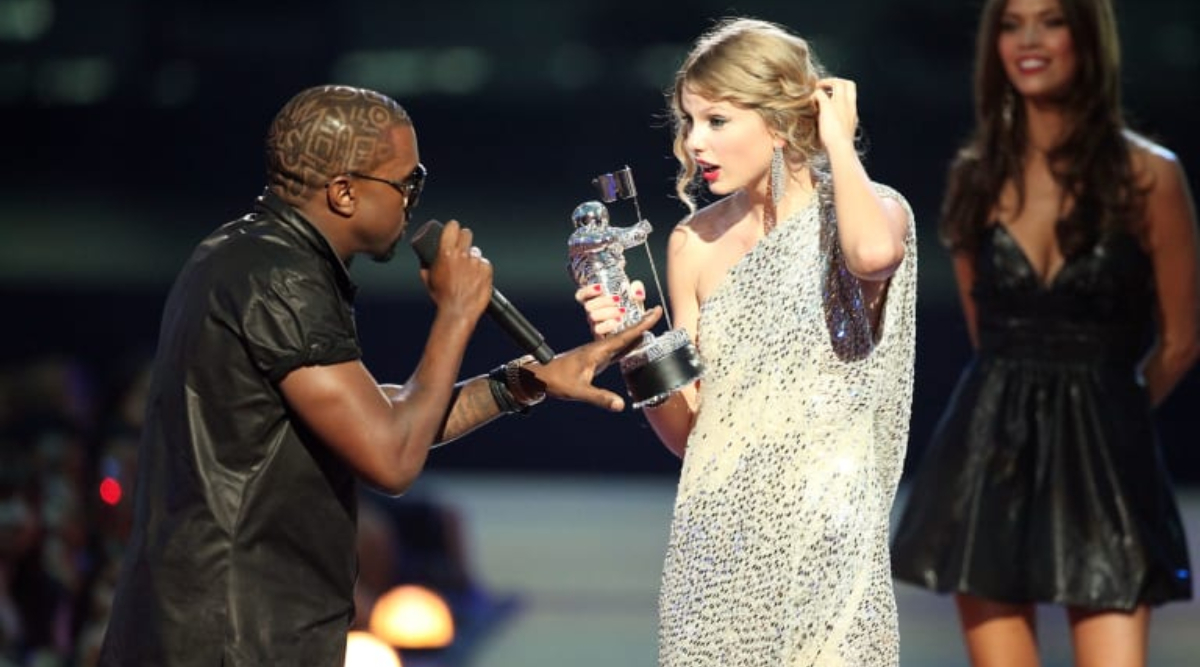 We all know what had happened at the 2009 VMAs when Kanye West stole the mic from Taylor Swift who won the Best Music Video honour only to insult her win on stage as he sang praises for Beyonce and said she "deserved" to win. Leaving Swift dumbfounded for a moment, the documentary shows us what impact it had on a young Taylor. Speaking about the incident in the documentary, Taylor says, "At the time I didn't know they were booing him doing that. I thought they were booing me. For someone who's built their whole belief system on getting people to clap for you, the whole crowd booing is a pretty formative experience."

2. What Led Her to Go On a Self Imposed Exile

In the documentary, Taylor repeatedly mentions how her happiness depended on the love the received from other people, her fans. Addressing the whole controversy that took place after Kanye West called her a 'B*tch' in his song and how she received a heavy backlash on social media for calling herself a 'victim' after he released tapes suggesting that he had taken permission left her deeply hurt. She points out how many people have to be tweeting they hate you for #TaylorSwiftIsOverParty to become the top trend on Twitter worldwide and that it broke her. When people fall out of love with you, there's nothing you can do to make them change their mind," she says."

I LOVE HOW THEY JUST CASUALLY HAD THIS CONVERSATION. ICONIC. #MissAmerciana pic.twitter.com/QO0Kq2mrZC

It's never easy for someone with a public persona as big as Swift to take a political stand given that it can affect their career in significant ways. In the documentary, Taylor throws light on how it was the concern for her home state of Tennessee's future that forced her to make her political stand heard. Swift passionately explains to her father and her management team why it's time for her to make her voice heard. Taylor criticises conservative Senate candidate Marsha Blackburn and reveals how she voted against the reauthorization of the Violence Against Women Act as well as against gay marriage. "I think I'll be really upset if people think that Tennessee stands for those things," she says. Idris Elba Is All Praise for ‘Cats’ Co-Star Taylor Swift, Says ‘She Isn’t Resting on Her Achievements’.

4. The Sexual Assault Trial That Changed Her

Swift discusses her groping case and how it had a massive effect on her especially on how the trial progressed. Even though she reveals that she won the suit with as many as seven witnesses by her side, the "Lover" singer reveals she didn't feel like a winner. Talking about her experience, she says, "You don't feel any sense of victory when you win because the process is so dehumanizing." 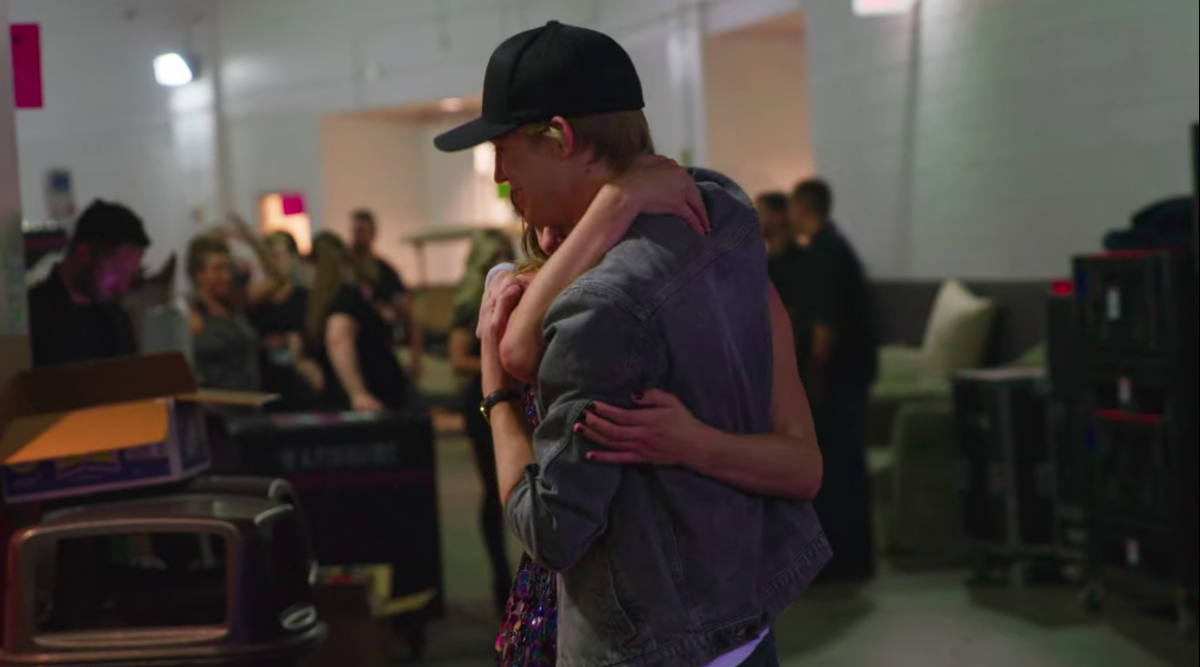 While at no point does Taylor reveal Alwyn's name or even show his face properly. The singer reveals how this became one of the most important relationships for her considering the hard time she was going through professionally. There's a moment in one of the home videos where we see Swift sweetly mouth "I love you" to Alwyn as he films her singing "Call It What You Want" on her guitar.

Apart from this, the singer also reveals many things including her eating disorder and how she has now come to accept herself as she is without skipping food and going on crash diets. Taylor also has some of the sweetest moments in the documentary with her mother. Fan or not, do give this documentary a try, just to see what it's like to be Taylor Swift.