Sarika Birthday: Did You Know This Actress Is A Two-Time National Film Award Winner?

Sarika Thakur, but widely known as Sarika, was born in New Delhi. Born on June 3, 1962, this actress born into a family of mixed Marathi and Himachali descent. 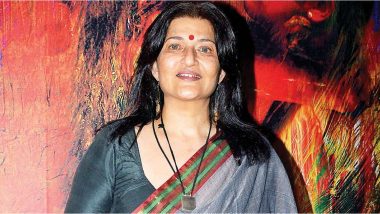 Sarika Thakur, but widely known as Sarika, was born in New Delhi. Born on June 3, 1962, this actress born into a family of mixed Marathi and Himachali descent. Sarika made her acting debut at a very young age, when she was just five. You’d be amazed to know that she has also played the role of a boy in films as a child artist. Her popular performance as a child artist, which is also one of her notable works, was the 1967 musical film Hamraaz. Sarika, who has turned a year older today, has appeared in many children’s movies. She has starred not only in Hindi films, but also in a few Marathi films as well. COVID-19 Crisis: Kamal Haasan, Sarika and Daughters Shruti and Akshara to Self Isolate in 4 Different Houses Amid 21 Days Lockdown.

Due to Sarika’s non-Indian looks, she was often cast a ‘westernized girl’ in films. The light-eyed beauty has appeared in some of the popular films and one among them was Parzania, co-written and directed by Rahul Dholakia. Along with Sarika, it also featured Naseeruddin Shah in the lead roles. This 2007 released film is inspired by the true story of a 10-year-old Parsi boy, who disappeared after the Gulbarg Society massacre. Sarika had played the character named Shernaz, the mother who loses her son during the 2002 communal riots of India. Her power-packed role of a Zoroastrian woman earned her the National Film Awards for Best Actress. As per the citation, Sarika won the award, ‘For her rendition of a crusading mother who fights for justice against all a diversity in a communally charged environment’.

(The above story first appeared on LatestLY on Jun 03, 2020 07:57 AM IST. For more news and updates on politics, world, sports, entertainment and lifestyle, log on to our website latestly.com).