While the actor is yet to react to the backlash, the makers of the biopic have now released a statement clearing their intentions around this controversial biopic. 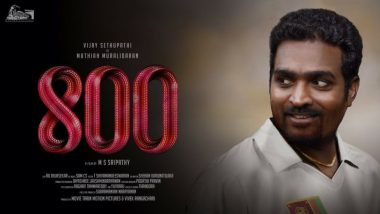 The fact that Vijay Sethupathi is gearing up to play former Sri Lankan cricketer, Muttiah Muralitharan in 800 has not gone down well with a certain section of viewers. The actor has been receiving severe backlash for his decision and recently 'Shame on Vijay Sethupathi' was a major trend on Twitter. Post the viral trend on social media, veteran director Bharathiraja suggested Sethupathi should not act in this biopic as Muthaiah Muralidharan had turned a "blind eye" when the Tamil genocide was being carried out in Sri Lanka.

While the actor is yet to react to the backlash, the makers of the biopic have now released a statement saying, "It came to our notice that our film ‘800’, the biopic of Muthiah Muralitharan featuring Vijay Sethupathi in the lead, is being politicized in many ways. However, we want to clarify that 800 is purely a sports biography film about the legendary cricketer Muthiah Muralitharan. The film is a journey about a man who hails from the Tamil migrant community, going on to become the highest wicket-taker of all time. The film does not make any political statement favouring any community."

Check Out the Statement Issued 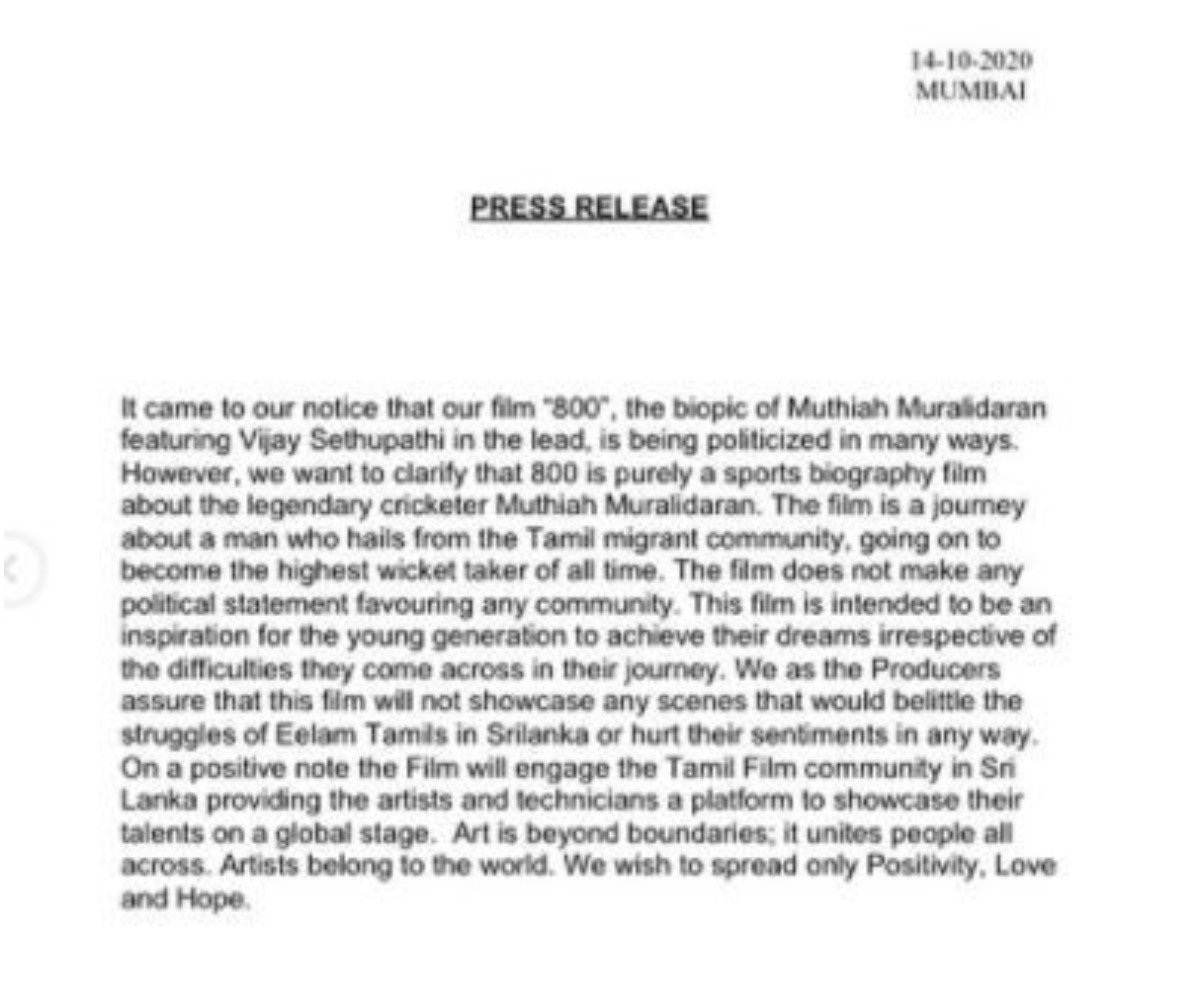 It was on October 13 when Vijay Sethupathi's first look as Muralitharan was released online and the resemblance was uncanny. The makers insist the biopic would be inspirational for the younger lot and will encourage them to keep chasing their dreams.

(The above story first appeared on LatestLY on Oct 15, 2020 05:11 PM IST. For more news and updates on politics, world, sports, entertainment and lifestyle, log on to our website latestly.com).