Action Hero Biju is the action-thriller helmed by Abrid Shine. The Malayalam film released in 2016 had shot actress Mary to fame. 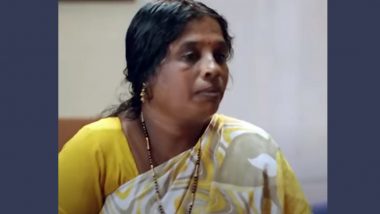 Actress Mary is known for her works in Malayalam Cinema and one of her prominent roles is from the film Action Hero Biju, which features Nivin Pauly in the lead. The action-thriller released in 2016 shot her to fame. Mary has done minor roles in many films. As per a report in TOI, the actress, who is a resident of Eramalloor in Alappuzha, sells lottery tickets for a living. Naamkaran Actress Anaya Soni Seeks Financial Aid for Kidney Transplant (Watch Video).

Mary, who has acted in more than 35 films, reportedly sells lottery tickets near the Cherthala-Aroor National Highway. She leaves her home early morning and by afternoon she manages to earn Rs 300 and that’s how she is trying to make ends meet. With this minimum amount that she earns everyday the Action Biju Hero fame actress is managing to look after her family. She hopes to repay the loan she took for her house and at the same time take care of her ailing son.

Mary grabbed projects after she shot fame with her role in Action Biju Hero. However, the offers stopped coming her way during the time of COVID-19 pandemic.

(The above story first appeared on LatestLY on Nov 10, 2022 03:22 PM IST. For more news and updates on politics, world, sports, entertainment and lifestyle, log on to our website latestly.com).