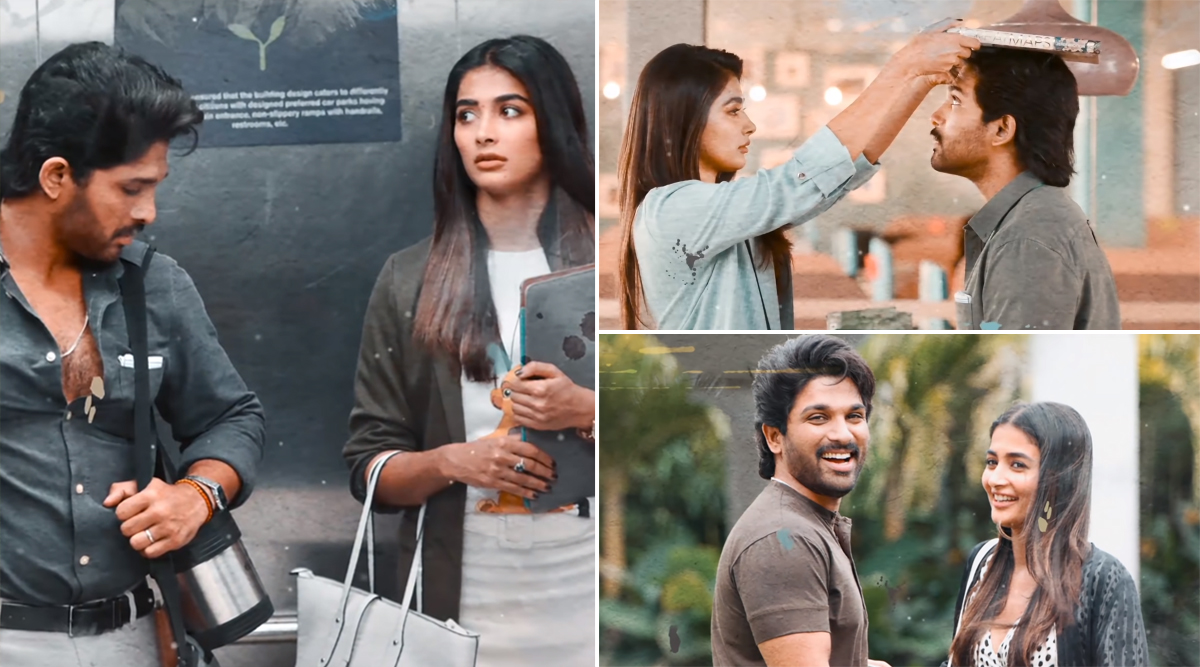 The makers of the upcoming flick Ala Vaikunthapurramuloo have released the first single titled "Samajavaragamana". It shows the romantic chemistry between Allu Arjun and Pooja Hegde, the lead pair in this Trivikram Srinivas directorial. From the beats to the lyrics to the visuals, this number has everything and one will just hear it on a loop 24x7. The music has been composed by S Thaman, one of the popular composers down south. Ala Vaikuntapuramlo Poster: Allu Arjun’s Edgy Look Make Fans Say, ‘Mass plus Class’.

Ala Vaikunthapurramuloo is Allu Arjun’s 19th films and hence it was initially referred as AA19. Talking about the track "Samajavaragamana", it features the singer Sid Sriram and the entire band. In the background we can the film’s title and other details been screened. It also shared Allu Arjun and Pooja Hegde’s look in the film. This video has also dropped a hint that it could be an office romance. The visuals shown are the stills from office setup.

Watch Ala Vaikunthapurramuloo Song Samajavaragamana Below:

Earlier when the a poster was released, Allu Arjun was seen dressed in a formal avatar against the backdrop of a luxurious car and skyscraper, looking all rugged. Ala Vaikunthapurramuloo is produced under the banner of Geetha Arts and Haarika & Hassine Creation. This films also features Nivetha Pethuraj and Tabu in the lead roles. Talking about the Allu Arjun and Trivikram Srinivas’ collaboration, this is the third time that they have come together for a project after S/O Satyamurthy and Julai. Ala Vaikunthapurramuloo is all set to be released in January 2020.