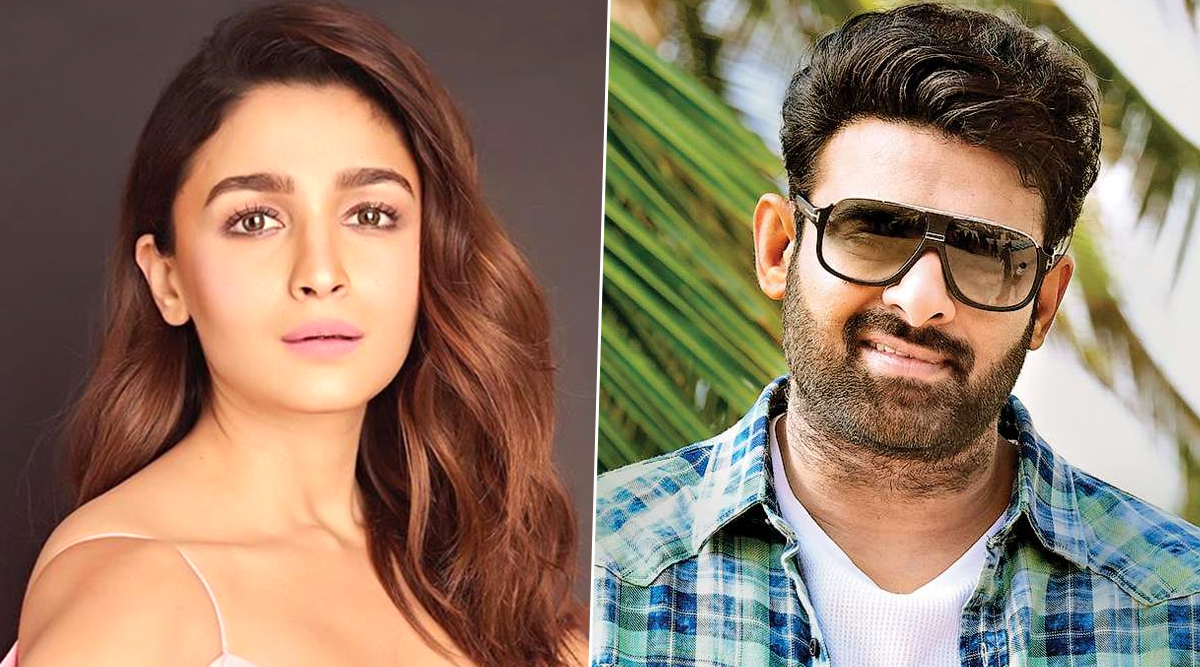 Alia Bhatt is all set to make her debut in South Cinema with SS Rajamouli’s upcoming magnum opus, RRR. She would be sharing screen space with superstars, Ram Charan and Jr NTR. As Alia would be working with these handsome hunks in RRR, one obviously thought that she would be terming one of these two actors as her favourite. But like many others, Baahubali actor Prabhas is Alia’s favourite. RRR: Alia Bhatt Quashes Rumours of Quitting SS Rajamouli’s Upcoming Magnum Opus by Sharing the Film’s Motion Poster!

Prabhas’ performance in the Baahubali franchise (which was also directed by SS Rajamouli) shot him to fame globally. From his avatar to his brilliant act, from fans to critics to celebs, all were lauding him for his performance, and that’s what impressed even Bollywood actress Alia Bhatt. During a recent interview, Alia stated, “I like Prabhas a lot. His performance and screen presence in Baahubali series is awesome,” reports TOI. She also mentioned, “I became his die-hard fan after watching Baahubali.” Prabhas To Play a Fortune Teller in Radha Krishna Kumar's Action Drama?

One Of The Popular Scenes From Baahubali

On the work front, Alia Bhatt is expected to start the shooting of RRR in May. However, it cannot be confirmed due to the ongoing global crisis. Several shoots and productions have been temporarily stalled owing to the growing tensions across the globe due to the coronavirus outbreak. Talking about Prabhas, his next project is with filmmaker Radha Krishna Kumar that is touted to be a period drama. Stay tuned for more updates from the world of entertainment.