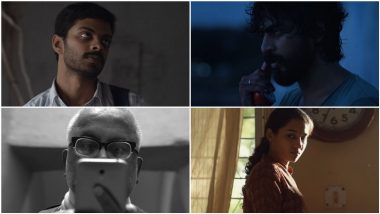 Andhaghaaram, the new Tamil thriller on Netflix, will have its share of fans and detractors. It is certainly different from the spooky films that come our way, unconventionally told by debutant V Vignarajan. Produced by Atlee, Andhaghaaram merges three mysterious tales to extract a supernatural thriller that is riveting while it lasts. The trouble here is that the film takes nearly three hours to last and that's a little problematic to an otherwise gripping movie. Andhaghaaram Movie Review: Arjun Das and Vinoth Krishnan Impress in This Highly Suspenseful but Lengthy Spooky Thriller.

Andhaghaaram stars Arjun Das, Vinoth Krishnan, Pooja Ramachandran, Kumar Natarajan and Misha Ghoshal. The movie follows three men, who are seemingly unconnected to each other and the sinister happenings in their lives. Dr Indran (Kumar Natarajan) is almost fatally shot by a violent patient of his, that leaves his family dead and him losing both his voice and professional license. But post his recovery, Dr Indran opts for a new persona, that is very vindictive and dangerous.

The blind Selvam (Vinoth Krishnan) follows his father's footsteps into the occult when he is in dire need of money. But he gets a lot more than he bargained for, when he faces a bigger evil - greed.

Vinod is guilted by the incapacitated condition of his best friend, which he feels he is responsible for. In his troubled mental state, he is harangued by mysterious calls to his newly installed landline rotary phone, that gets more threatening each time. It is later learnt that the timelines of each arc are not happening at the same time.

So how are these men's stories interlinked? What does Pooja (Pooja Ramachandran) has to do with each of them? What's their connection with the bizarre opening sequence that sees people committing suicide? All the questions are answered in the expository climax of the film, that suddenly turns it into a revenge drama. So if you have watched the film and haven't get all your answers, then let the below article break down the climax and explain everything to you. And those who haven't, you are reading what is full of SPOILERS, so tread with caution.

So let's look at the five main aspects of the finale...

It is established in the end that it was Dr Indran whose spirit has been calling and tormenting Vinod. And it is the same spirit who explains (with needless detailing) as why Vinod is going through the hellish troubles. Before his death, Dr Indran had developed a hatred for all his patients seeking psychiatry help, blaming them for what his family's killer has done to him. He had hypnotised all of them into doing his bidding, also including his evaluator. And he had made them by die by suicide all at the same time. But he also inadvertently died at the same time, by accident, when one of his victims (Pradeep) fell on him while he jumped from his flat to his death.

As for his anger towards Vinod, it was because of three reasons. First, Vinod himself needed psychiatric treatment, thus making him an automatic victim for Indran. Secondly, it was attending his call that caused the doctor to reach the very same spot where his death happened. Thirdly, Vinod had a deep link with what happened to Dr Indran and even Selvam, though he didn't knew it.

Vinod, Pradeep and the Vengeful Spirit

It was Vinod who had sent Selvam's father's accursed occult book to his best friend Pradeep at the start of the film, having gotten it from the very same library where Selvam was working as a clerk. He didn't know it then that the book would invite the wrath of an angry spirit. The spirit was that of the same patient of Dr Indran, who killed his family and then committed suicide.

It was the same spirit haunting Dr Indran's office, later trapped in a bottle by Selvam, but he failed to bury it before he was killed (accidentally) by the publisher's goons. The spirit possessed Pradeep, so it made Indran double vengeful enough to kill him off.

Selvam and the Telephone 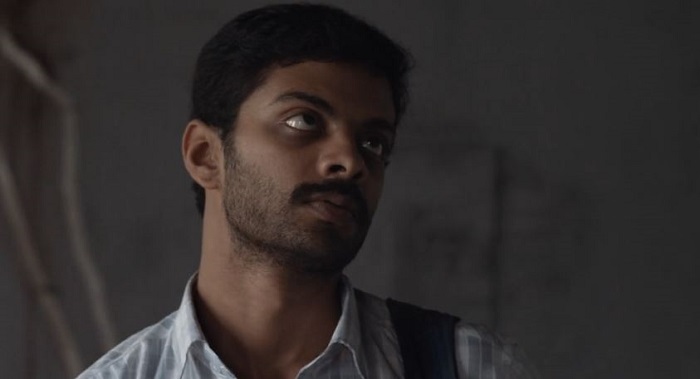 Selvam's spirit had been communicating with Vinod all along, trying to save him from the wrath of Indran's ghost, though Vinod was oblivious of it (till Pooja tells him about this).

Vinod breaks the telephone out of frustration, but Pooja tells him that he needs the telephone to contact Selvam to find out who was the tormenting spirit. While the telephone was being repaired, Vinod figures out it was Indran's spirit who has been haunting him. When the telephone begins ringing again, he runs away with it till he reached the bridge and took the call. After dumping the aforementioned exposition, a scathing Indran prods Vinod to take the plunge to his death.

However, Selvam's spirit takes control of Vinod's body and stops Indran from causing further damage. We see him dismantling the phone, thus ending Indran's menace, which also explains the visual of a dismantled phone shown during the opening credits.

As the whole film doesn't follow a straight narrative, the events have all been jumbled up, which also includes the final scene.

The final scene. of Selvam's spirit killing the publisher responsible for his murder and later claiming his house. doesn't follow the bridge scene. If you had followed Dr Indran's spirit's exposition closely, you would have hear him say that Selvam's ghost did exact his revenge on his killer and took back his house (which explains why when Vinod had gone earlier there, the house was in a derelict condition and the board of the builder strewn on the ground). 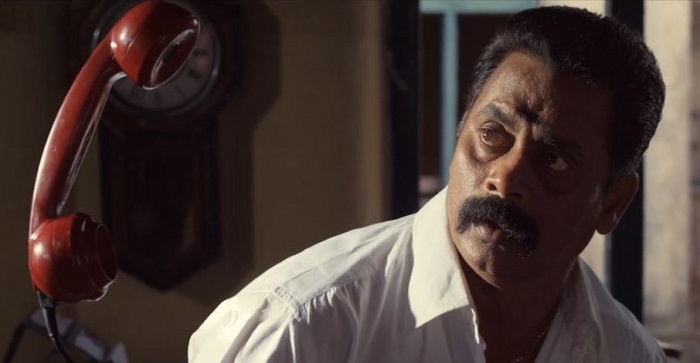 Earlier in the film, Pooja had asked Selvam's spirit to do one thing for her on the phone, which was to take revenge on his killer, knowing that the kind-hearted Selvam won't do it himself otherwise (that scene at the examination hall where Selvam refuses Pooja's help to solve his paper is proof for that). She also takes away the phone before the publisher's goons reach there. And presumably, it is she who sends the telephone to the publisher, on Selvam's birthday, which leads to him being killed. 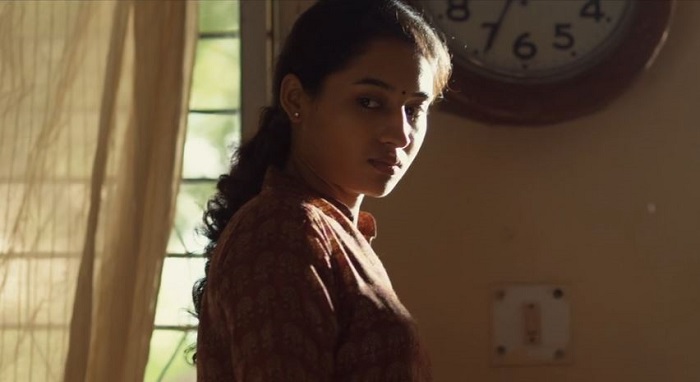 Which is why Pooja was surprised when Vinod had the same phone in possession. Perhaps the telephone department got hold of the phone while the murdered man's office was getting repossessed. We can join the dots here on.

(The above story first appeared on LatestLY on Nov 24, 2020 07:43 PM IST. For more news and updates on politics, world, sports, entertainment and lifestyle, log on to our website latestly.com).