Mollywood's renowned filmmaker and screenwriter KR Sachidanandan, aka Sachy, passed away on June 18, 2020, at Jubilee Mission Hospital in Thrissur, Kerala. 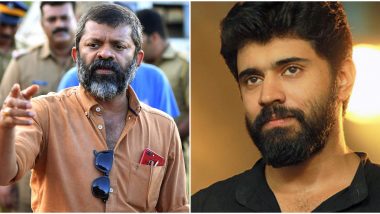 Mollywood's renowned filmmaker and screenwriter KR Sachidanandan, aka Sachy, passed away on June 18, 2020, at Jubilee Mission Hospital in Thrissur, Kerala. It was on June 16 that the ace director suffered a cardiac arrest and was rushed to the above hospital. Reports were that he was kept under critical care unit and was on a ventilator. Sachy breathed his last around 9.30 pm on Thursday. Earlier this week, he had also gone under a total hip replacement surgery at a different hospital. Ayyappanum Koshiyum Director Sachy Hospitalised Following Cardiac Arrest; Currently on Mechanical Ventilation in the Critical Care Unit.

On June 16, the hospital had revealed about the filmmaker's health. Their statement read, "He is being treated in the critical care unit with mechanical ventilation and other supportive measures. A multi-disciplinary team is involved in his care. He is presently neurologically obtunded. CT Brain is suggestive of Hypoxic brain damage." As soon as the news broke online, many celebs and fans have mourned the loss of the legendary filmmaker. Check out the tweets below: Prithviraj Sukumaran, Biju Menon and Other Malayalam Film Personalities Come Forward to Support Ayyappanum Koshiyum Director Sachy.

Shocked to hear the sudden demise of Sachy ettan. Indeed a big loss to Malayalam cinema. May his soul rest in peace! pic.twitter.com/sWy7Au3O6V

Shocking news.. Condolences to his friends and family..

May his soul RIP! pic.twitter.com/76LDVgxYOT

Heartfelt condolences to the family and film fraternity..

Two malayalam films that i loved the most recently ...

Here Are A Few Fan Reactions:

May his soul Rest in Paradise😇 pic.twitter.com/roBJHqhFey

It was in the year 2105 when Sachy made his debut as a director with Anarkali. Meanwhile, it was his last film on the celluloid Ayyappanum Koshiyum (2020), which garnered praise from both critics and audiences alike. The loss is real. May his soul rest in peace. Stay tuned!

(The above story first appeared on LatestLY on Jun 19, 2020 12:00 AM IST. For more news and updates on politics, world, sports, entertainment and lifestyle, log on to our website latestly.com).